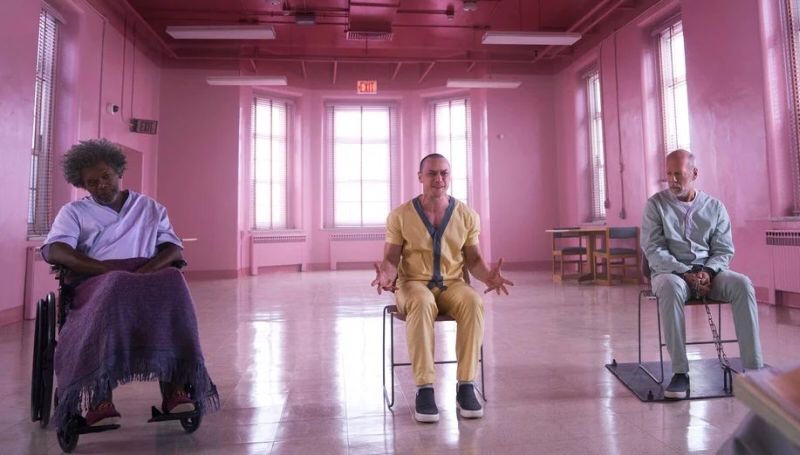 It’s true that M. Night Shyamalan managed to pull off perhaps the biggest surprise of his career when, at the end of Split, he revealed it took place in the same world as his earlier movie Unbreakable. That was indeed a bold and effective way to launch a “shared universe” as the connection wasn’t hinted at or teased in any way by the marketing of film.

Especially when compared to Universal’s hamfisted attempt last year to use The Mummy to overtly do so. Not only did the marketing keep hinting to the audience that there was more to explore within the universe, to the point the studio announced the Dark Universe umbrella brand before the movie was even in theaters.

That left them in an awkward position when the movie underperformed, showing there was little audience interest in such a connected series of films

The key difference: Split gave the audience the choice whether to demand more or not. The Mummy did not, simply declaring more was coming regardless of they wanted. If the reveal at the end of Split had fallen flat and become a joke, or if the movie had simply flopped…OK. Slightly embarrassing, but nothing has been promised (or threatened) so we’ll all just move on.

It comes down to how much you’re dictating to the audience versus letting them decide. That lesson has been learned by just about every consumer products company in one way or another. Apple tried to push the Newton on people. The Coca-Cola Company thought it had a winner with New Coke. Netflix thought splitting itself into two companies was a great idea. All got a thumbs down because they were products made available by fiat, not as the result of audience demand or interest.

As it stands right now, Universal’s Dark Universe has been put on permanent hold, the movies already announced sitting in production purgatory. Meanwhile Glass, the confluence of Split and Unbreakable, comes out later this year and is M. Night Shyamalan’s most-anticipated movie in years.

One thought on “Surprising Audiences With Cinematic Connections”