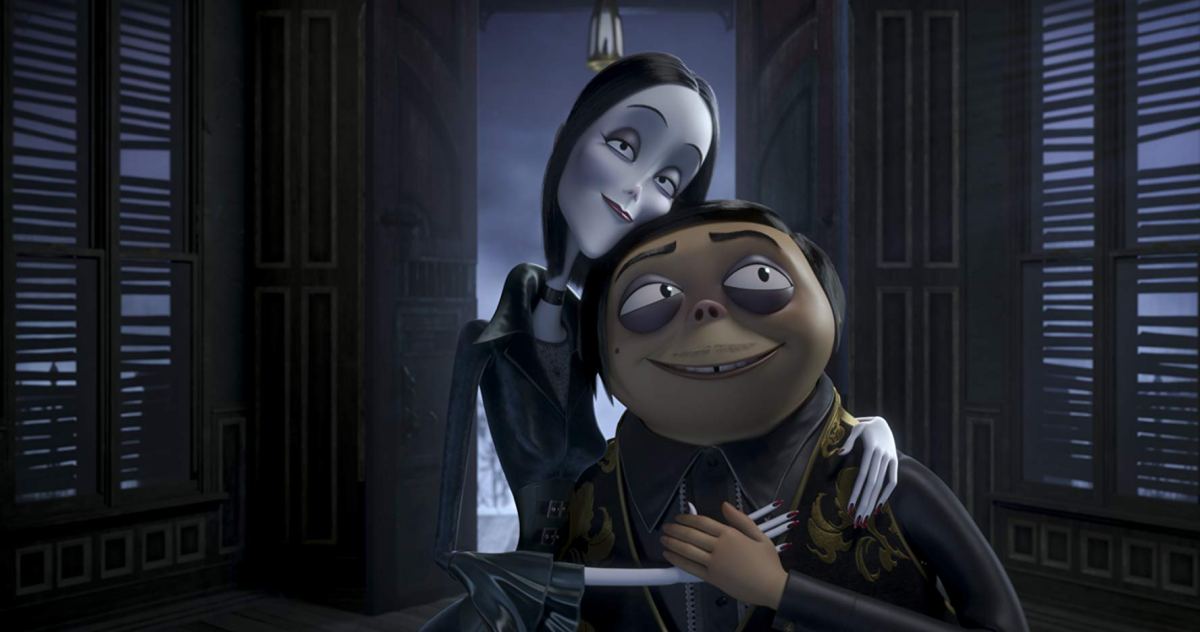 What started in the 1930s as a simple comic strip about an unusual and slightly ghoulish family gets an animated update from MGM.

The Addams Family, this week’s major animated release, is just the latest in a long string of adaptations of Charles Addams’ single-panel comics that originally ran in The New Yorker. This version features the voice talents of Oscar Isaac as Gomez, Charlize Theron as Morticia, Chloë Grace Moretz as Wednesday and Finn Wolfhard as Pugsley, among many other notable names.

In the movie, the Addams clan picks up and moves to New Jersey. Once there, the family finds they have trouble fitting in, largely because of the intrusion of smarmy TV host Margaux Needler (Allison Janney). She whips up neighborhood sentiment against the Addamses, something they react to in their usual twisted – but never actually evil – way. The story, then, is about accepting people for who they are and not being afraid of differences.

MGM’s campaign has presented a movie offering something new for a new generation while also paying homage to the 80 years of history the property has. Tracking estimates predict an opening weekend of around $25 million, which could be enough to beat out Gemini Man if that movie underperforms.

The first teaser poster (by marketing agency Proof), released in late March, offers a good look at the Addams household and family members, asking the audience to reconsider whether they really think their own family is weird.

A series of posters came out in late July that featured each character along with a short little modern catchphrase that’s appropriate to them. So Uncle Fester, for instance, is shown with a light bulb in his mouth and the phrase “It’s gonna be lit” next to him. 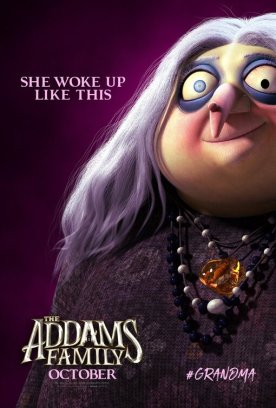 All families are average and unique, the first trailer (9.5 million views on YouTube) starts out by explaining, but some – like the Addams – are more unique than others. There’s no story to speak of that’s offered by the footage on display, just a series of violent and mysterious events that are both creepy and funny in their own way to show how deranged – and dangerous – every member family truly is.

There’s more story offered in the official trailer (11.7 million views on YouTube), released in early August. It starts with Morticia using her unconventional methods to wake Wednesday and Pugsley along with other displays of how odd the family is, including a joke about Wednesday finding the red balloon usually held by IT’s murderous clown Pennywise. The Addams are moving to the New Jersey suburbs, where their unusual tendencies and behavior soon becomes cause for concern among the “normal” families already living there.

A third trailer came out in early September that’s short, basically a cut down version of the earlier spot. It focuses on the reaction of the Addams’ new neighbors to the family’s unusual behavior and habits but doesn’t get into much of the rest of the story.

The official website for the movie is rather well-stocked and engaging. There’s the usual array of marketing materials, and the “About” synopsis is underwritten and vague, but there’s plenty to capture visitor’s attention in the “Activities” section, which includes additional How To videos to watch (more on this below) and printouts to help reinforce the connection with the brand.

There’s also a Giphy channel where the studio has shared GIFs from the trailers and other videos.

The first trailer was used in a Promoted Tweet shortly after it came out.

A short lyric video for “My Family,” a collaboration between Migos, Karol G, Snoop Dogg and Rock Mafia was released that contained footage from the film, with a Spanish language version coming out later. At the beginning of October a video for Christina Aguilera’s “Haunted Heart” was released.

Fandango MovieClips was given an exclusive featurette that had the cast and crew talking about how this movie pays homage to the original comic strips.

The first clip, released at the beginning of October, featured an extended look at the dinner scene glimpsed in the trailers. A bit later EW debuted an exclusive clip that has Lurch and It playing the organ, eventually dabbling with the classic theme song from the show.

A whole series of videos was released beginning about a week prior to the movie hitting theaters offering spooky Halloween recipes and decorating tips. That included:

MGM lined up a number of brand promotional partners ranging from Hershey’s to IHOP to Cost Plus World Market and more, most all of which are included in my latest article for Adweek. Additionally, Ring allowed customers to add the Addams’ theme to their doorbell and T-Mobile ran a scavenger hunt where people could win $1,000 in movie tickets from Atom Tickets for finding clues scattered throughout the trailers. 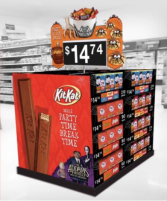 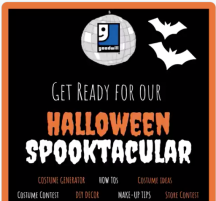 Online ads used the key art and other visual/video elements to drive traffic to the website where people could buy tickets.

Interviews with members of the cast were shared by AMC Theaters in an exclusive featurette while RealD3D interviewed Moretz.

A first look at the visual style of the movie accompanied the announcement of the talented voice cast.

Universal included unfinished footage from the film in its CineEurope presentation to exhibitors in mid-June.

As release approached, Theron made an appearance on “Kimmel,” Moretz showed up on “Ellen” and more, including the leads talking about the movie on “Good Morning America.”

At the movie’s premiere, the cast talked about updating the Addams Family for modern times, and that’s the central focus of the movie’s campaign. The characters have always in some way reflected the era, from the eccentricity of the wealthy in the 1930s to the kinds of neighbors you might find in the expanding suburbs of the 60s to the goth culture of the 90s. So it’s only natural that now, in an age where we are debating immigration, cultural assimilation and similar topics, they’ve become a metaphor for the theoretical “other” that intrudes upon “normal” society.

That aside, the campaign as a whole is just a lot of fun. It plays with the characters in new and interesting ways while also making it clear it’s just the latest in a string of interpretations. Everything, even down to the brand partnerships, is on-brand, presenting a coherent and consistent message to the audience no matter where it might be encountered.

Often, campaigns for reboots or new versions of long-running properties only pay lip service to what’s come before. MGM’s campaign here, though, makes it clear it’s enthusiastically embracing all previous incarnations, especially the 60s TV show. Products at Cost Plus featured photos of John Astin, Carolyn Jones and the other actors and the studio also put a handful of full episodes from the show up on YouTube for free streaming.

While it may not reach the dark, twisted heights of the 1991 live-action film, comparing anything to Raul Julia and Angelica Huston being directed by Barry Sonnenfeld is unfair on its face. Still, it’s a great way to keep the characters fresh and introduce them to a whole new audience in a way that feels organic for 2019.

Theron spoke about the themes the story touches on and how important they are to the current time at the film’s premiere.