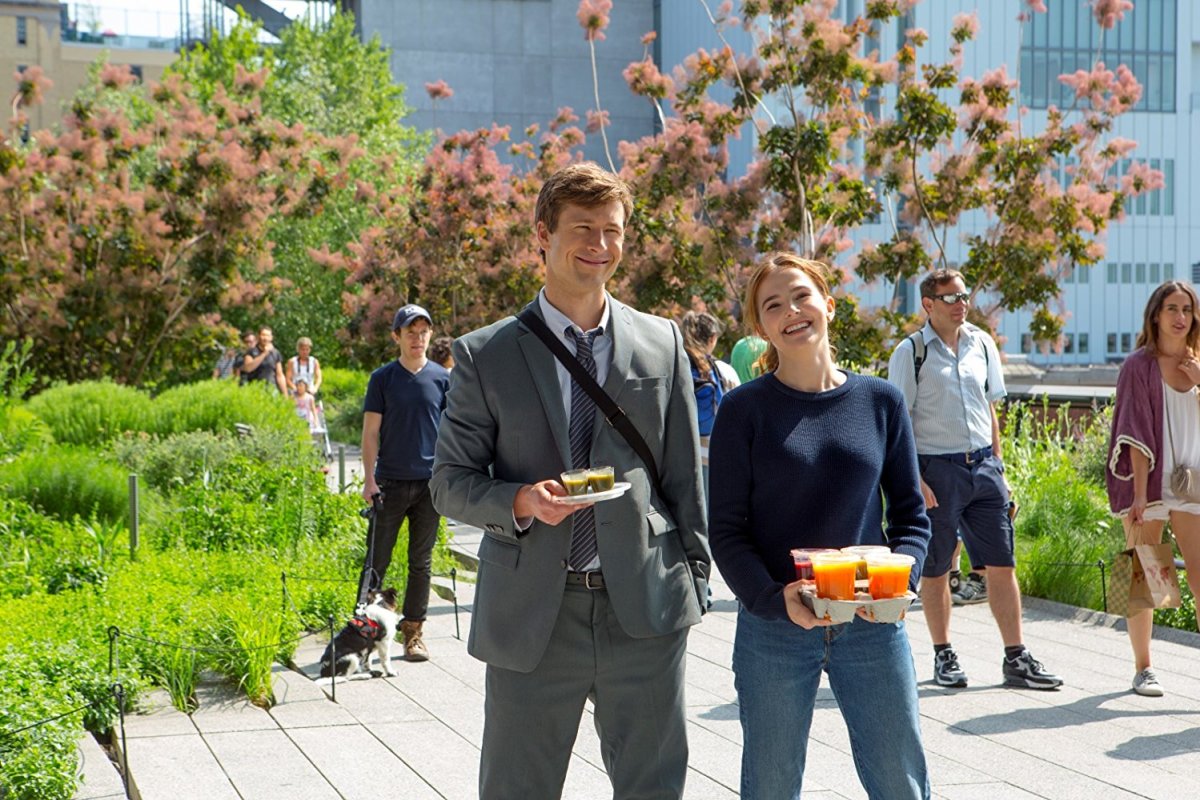 There’s been a bit change, it seems, in how the industry views Netflix’s slate of original movies this year. No longer an outlier in the industry, the company is now seen as a big player in the category of original films, getting the same attention it has for a while with its original episodic programming.

That’s not to say all of that attention has been positive. Even as it has produced movies like Mudbound and is widely held as a great platform for documentaries, Netflix is still widely seen as a place for movies that aren’t going to seriously measure up to those being released in theaters.

It’s a perception that’s been fueled by decisions like Paramount selling the sci-fi drama Annihilation to Netflix for overseas markets when it felt the movie had little potential in those territories. You have to wonder though, if that narrative isn’t being driven by a theatrical industry that is actively trying to devalue streaming platforms as a whole. After all, if everyone really thinks Netflix movies aren’t all that great, then why would AMPAS, Cannes and other groups be trying so hard to disqualify them from awards consideration, festival screening and so on?

As Rob Hunter at FSR points out, there are a lot of noteworthy original films coming to Netflix between now and the end of 2018. So it’s a good time to look back at some of the best campaigns of the year so far.

The idea that Netflix was a dumping ground for movies studios had developed but lost faith in the box-office potential for really began right at the outset of 2018 with the announcement via Super Bowl ad it had acquired The Cloverfield Paradox from Paramount and would release it immediately after that game.

That commercial and a poster released at the same time encompassed the entirety of the pre-release marketing, though another trailer came after that. So while it wasn’t big, the shock-and-awe nature of the campaign certainly qualifies it for this list, as does its position at ground zero of the conventional wisdom around Netflix’s original features.

Netflix didn’t mount a huge campaign for this biopic of rapper Roxanne Shante, but it was still plenty engaging and powerful. The trailer lays out the basics of the story, showing it’s about her overcoming the odds stacked against her to carve out a career as an artist.

The real Shante made a few appearances on and in the press as well to talk about her life and how she was now the subject of a feature film, adding to the buzz. Even though it’s not a huge campaign that trailer was really good and warrants inclusion here.

The trailer immediately establishes the kind of awkward family dynamic that the movie will explore, selling the audience on a charming dramatic comedy with a bunch of actors you probably like. You get the gist of the story and what the narrative arc will be, though you can guess that there’s still plenty of smaller beats that will offer something worth your time.

Like some others on this list, Netflix has helped promote the movie with a number of featurettes and other videos it created itself, including the cast offering karaoke tips and a dramatic series of real life father/daughter reunions. It’s also sent stars Kristen Bell and Kelsey Grammer, as well as Seth Rogen, out into the media world to give interviews on “GMA,” “Kimmel” and elsewhere.

This year’s example of “the movie that revived the moribund romantic comedy genre” came from Netflix and captured the public’s attention for a number of reasons. First, the trailer looked fun and charming. Even if it wasn’t overly original, it showed a rom-com that was uniquely attuned to the attitudes of young adults who are kind of stuck in go-nowhere jobs lacking in dignity.

It didn’t hurt that it starred popular and talented actors in both lead roles, with Zoey Deutch and Glen Powell getting everyone’s attention. Netflix capitalized on that by following the movie’s release up with even more promotional videos such as one focused on dating advice, one with them helping set up other couples, telling stories of horrible bosses and seeing who really is the better assistant. Unlike a lot of Netflix’s original movies it also sent the pair out either together or individually on a significant earned media tour to keep getting people’s attention.

The story of a young woman who is growing up and dealing with a newfound crush on her best friend’s older brother wasn’t exactly hailed as being groundbreaking when it came out earlier this year, but it did create quite a bit of buzz. The trailer gives you the overview of what you can expect, showing all the awkwardness the trio of characters will have to navigate.

This was one of the first Netflix originals to really capture the imagination of Buzzfeed, which published several articles examining different aspects of the movie for its audience. Netflix also created a few additional videos with the stars comparing American and Australian slang and engaging in their own kissing booth hijinks.

A Futile and Stupid Gesture

You have to – or at least I had to – include this biopic of National Lampoon co-founder Doug Kenney because it immediately sold the audience on the narrative structure of having Martin Mull play Kenney as the old man he never was, having died in his early 30s. That not only came through in the trailer but in a clip released around the same time showing some of the famous performers that came out of that incubator.

In advance of the movie (which had been sitting in post-production purgatory for a while) Netflix took it to Sundance to try and build buzz, offering much of the cast as well as director David Wain for interviews. Post-release Joel McHale, who played Chevy Chase, did the media rounds while Netflix put out a promotional video explaining how Lampoon really is the launch point for more than half of what we’ve called comedy in movies, on TV and in print for the last 40 years.

Netflix Is Learning and Changing

I’ve taken Netflix to task in the past for not putting much corporate weight behind their original movies. TV shows often get outsized promotional support on social media, movie trailers often come out just days before the movie is available, there’s usually no website presence and so on.

With the campaigns above show is that the company is evolving its tactics when it comes to selling audiences on its original features. In particular it has embraced two new approaches:

As the year goes on I expect to see more of both tactics being used as Netflix continues to bring in higher profile stars and filmmakers and become more savvy in how the audiences for those films can and should be reached. The company has already expanded its efforts significantly and there’s no reason to think it won’t continue doing so as it becomes more and more of a powerhouse in all aspects of the film world.