How HBO Max is selling a story of two girls trying to help each other out.

The new film Unpregnant, hitting HBO Max this week, is the second film of 2020 to focus on a character who’s required to go to extreme measures in order to obtain an abortion. Where Never Rarely Sometimes Always took a dramatic and serious approach to the topic, this one is more of a teen road trip comedy.

High school student Veronica (Haley Lu Richardson) finds out she’s pregnant and decides she can’t go through with it. Because she lives in Missouri there are no legal abortion providers around her and so realizes she needs to cross state lines. Lacking her own transportation, she reaches out to Bailey (Barbie Ferreira) an estranged friend and convinces her to help, specifically by driving the two of them to the nearest clinic they can find.

Written by Ted Caplan and Jenni Hendriks, who also wrote the book the movie is based on, and directed by Rachel Lee Goldenberg, HBO Max’s campaign hasn’t shied away from the sensitive nature of the story while also selling it as a comedy that’s less imposing than the earlier film.

Veronica and Bailey sit on the hood of the latter’s car on the poster (by BLT Communications), released in mid-August. That photo sells it as a teen comedy in the vein of something like Booksmart. The story itself is communicated, albeit in a subtle kind of way, through the copy “She’s a Type A without a Plan B.” With that copy, the audience gets that one of the characters – presumably the less goth-looking one – is a high achiever who needs to deal with an unplanned pregnancy.

The first trailer (128,000 views on YouTube) came out in mid-August, starting off with Veronica finding out she’s pregnant and then discovering the nearest abortion provider is a couple states away. Without a way to get there, she turns to Bailey and the two embark on an epic road trip involving chases, unexpected help, a minor run in with the police and an unsuccessful attempt to jump on a moving train. It looks funny and kind of sweet in its own way, taking a serious subject and making it about friendship and being true to who you are and the choices you make.

No website for the film, but there were social media accounts on Twitter and elsewhere that were less focused on the story than they were on positioning Veronica and Bailey as #friendshipgoals and their fashion.

Not much on this front, though it’s likely there were at least some online ads run along with other promotions.

Some first look stills along with comments from those involved were released in early August.

The cast and filmmakers all spoke about how they connected to the material and more.

There’s some good stuff in this campaign, particularly in how it presents the characters as largely independent and able to make their own choices. And it does a good job of keeping the central theme of the story – Veronica’s desire for an abortion and the lengths she has to go to in order to get one – front and center, even as it has some fun with the friendship between the characters.

That tone has come under some criticism by those who don’t feel abortion should be treated so lightly. But there’s nothing in the marketing, at least, that plays down the serious nature of the topic or treats it with any disrespect. Instead it just offers a more comedic take that shows there’s room enough for different takes on a theme when one movie doesn’t have to represent everything because it’s the only one that’s been made.

A couple new interviews with director Rachel Lee Goldberg where she talks about wanting to remove the stigma from abortion and why she choose to tell the story in a comedic manner. That last point was also covered by Richardson in this interview.

Sony sponsored a Spotify playlist of driving tunes to promote the film.

Substantial profile of Ferreira here, including how she feels about body-shaming and other issues in the industry and culture as a whole. There was also a new interview with Richardson where she talked about some of the influences she pulled from for her performance. Producer Erik Feig was also profiled. 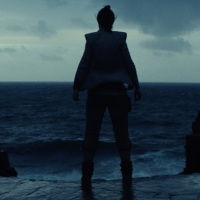 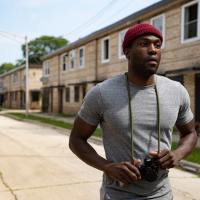 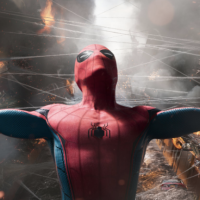