War For The Planet Of The Apes

This summer’s weak box office results are giving studios another opportunity to smack around one of their favorite targets: The review aggregator Rotten Tomatoes. Bad scores there are derided by studios as intentionally harmful, designed to take down the kinds of movies that are “made for fans, not critics” and cast their product in a bad light. This conversation over the role of RT comes up once every couple years, usually in the wake of a string of poorly-reviewed movies whose failure studios blame on critics and not the crap they deliver to theaters.

So it was interesting when I was greeted the other day by a survey that seemed to be geared specifically toward this topic.

The survey was on a website where I was trying to read a story. Instead of an interstitial ad, the survey blocked my access and would only let me continue if I completed it. It’s a tactic to gain audience insights as opposed to just hammering them with an ad message.

The questions asked me about The Emoji Movie. Had I seen it? Where had I seen trailers? Why did I not see it? What was my impression based on the marketing? That sort of thing.

Then it got very specific. Was I aware of the movie’s Rotten Tomatoes score? Had I been influenced by that score? How likely was I to base my moviegoing decisions on RT scores?

I don’t know if this is Sony running these ad surveys or if it’s some other party, but it’s certain someone is gathering information. I’m fully expecting to see a study released in the next couple of months that touts the findings of a survey that measures the impact of RT scores on likelihood to go see a movie.

The thing is, Hollywood marketers already know, or at least believe, Rotten Tomatoes scores can have a positive influence. The websites for recent movies like La La Land, A Monster Calls and others have all featured graphics or badges touting the high scores those movies have received in advance of release. So there’s the assumption that it can influence the decision to see a movie, or at least reinforce and solidify existing predilections. But scores are dismissed as harmful when they’re more negative. You can’t have it both ways.

Have you seen one of these surveys out in the wild yet? 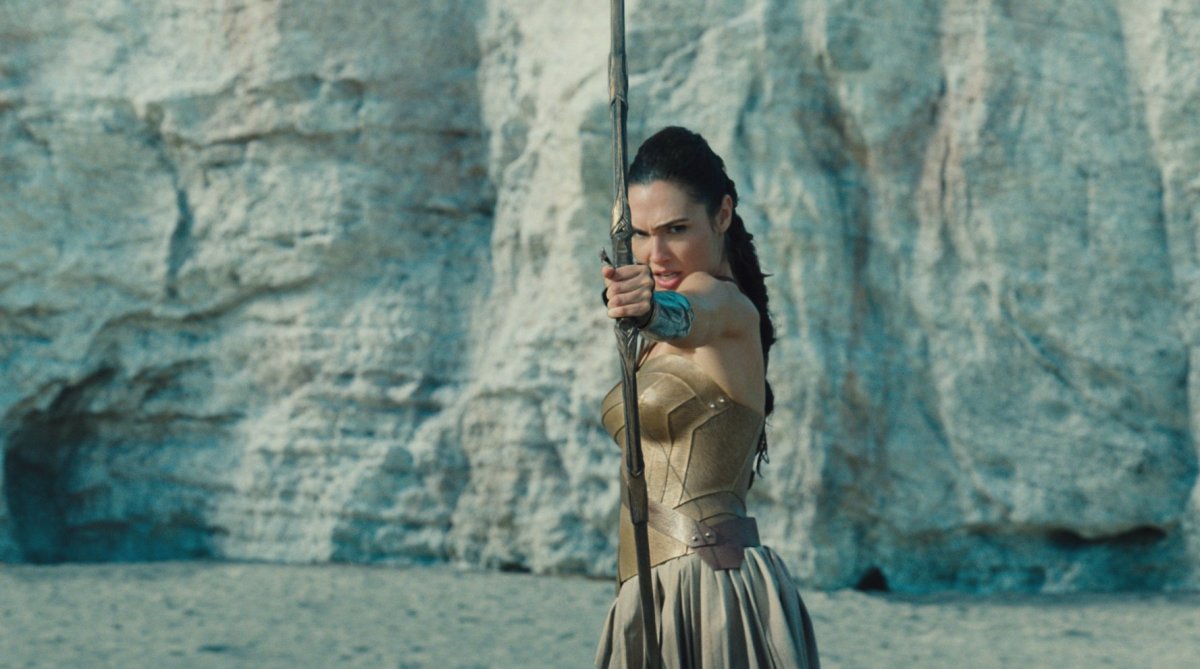 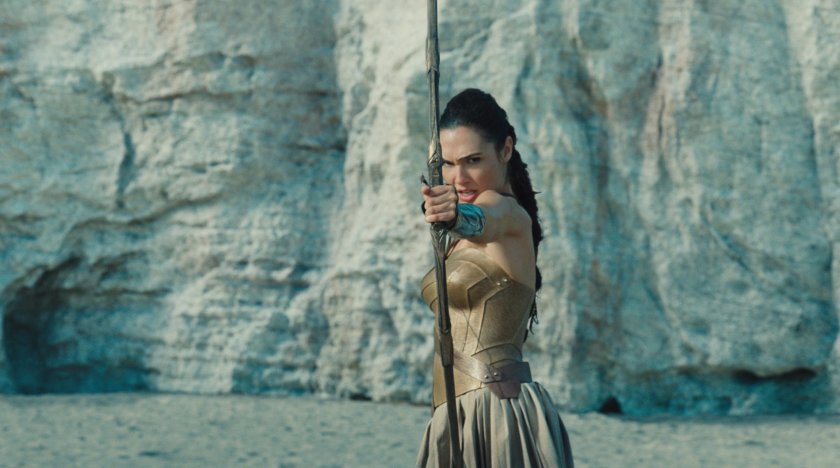 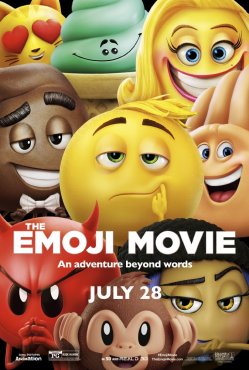 The average consumer is a lot smarter about what the inside of their electronic devices contain than someone in, say, 1982. Coverage of technology has made us all better informed about the inner workings of our smartphones and other gadgets. This week’s new release The Emoji Movie promises us that there’s more to it than flash memory and processors.

The story focuses on Gene (voiced by T.J. Miller), a “meh” emoji who’s not thrilled about what fate has laid out for him. See everyone has their assigned roles and his is to convey bemused detachment. He wants more out of his life, though, and so breaks free of his constraints in Textopolis, where all the emojis live when their phone is powered down, and seeks the broader world. Helping him out is his friend Hi-5 (James Corden) as well as others he’ll encounter on his travels.

Things kicked off with a series of character posters, each one featuring a different emoji and some descriptive copy about that particular character. Nothing particularly fun or innovative here, just an attempt to give the audience a look at each individual emoji. 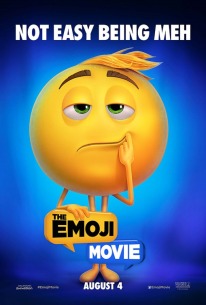 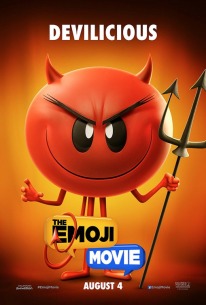 A theatrical poster puts all the main emojis on display in the little compartments they apparently stay in while on call. “Welcome to the secret world inside your phone” is the promise in the middle. Whatever.

One more just assembles the cast of characters in a single image, all crowded together. Gene and Hi-5 are there along with Poop and others, all with various expressions on their faces that convey their character’s attitudes.

The first trailer doesn’t show much in the way of footage from the movie. Instead it’s simply introduced and hosted by Meh, and he’s obviously thrilled to be announcing the first movie from the emojis. Only toward the end do we see some of the other emojis interacting in their digital environment.

The next trailer, which debuted around the time it screened at Cannes, takes us inside your phone to show the society that lives there involving emojis, apps and more. Meh isn’t that great at his job and so has to journey to a forbidden land to fix the problems he’s having and embrace his destiny to contain more than just one emotion.

Neither are all that interesting or funny. They convey the basic outlines of the story well enough but also show just how thin this premise is.

The first thing you’ll see when you load the movie’s official website is a map and search function allowing you to find a theater near you where it’s playing. Close that and you’re taken to the main page, which has the promotional artwork of the three main characters running toward the camera along with a “Get Tickets” button and links to the Facebook, Twitter and Instagram profiles. Actually, clicking any of those icons will pull up a box asking you to input your birthday before you’re taken to those profiles. These aren’t e-commerce links and this isn’t an R-rated movie so I have to think this is just for the purpose of collecting demographic data.

The main content menu is hiding over in the upper left corner, disguised as a bubble with the three dots that usually indicate someone is typing a message. That right there is the most original aspect of the campaign.

The “Our Videos” page there just has the official trailer, showing someone doesn’t know their singular from their plural tenses. “Our Story” is a synopsis that’s littered with emojis in place of certain words.

You can get to know the different characters in the “Meet Us” section, which has very short bios about each emoji. “Our Makers” gives you a list of the actors and filmmakers. Finally, “Our Pics” offers the same images that are seen on the character posters. Not sure why this couldn’t have been combined with the “Meet Us” section and some other stills made available here.

I couldn’t find anything explicitly labeled as a domestic TV spot but there were character introduction videos like this one for Gene that were 15 seconds long and which could have easily been used as TV commercials. Outdoor and online ads used some combination of the character images and other emoji and social ads used the trailers as each one was released.

Around the time of the first trailer, Sony announced a number of popular apps including Instagram, Twitter, Spotify and others would both appear in the movie and help with some of the marketing. If any of those companies made big promotional moves in advance of release, they weren’t obvious and didn’t make much of an impact. 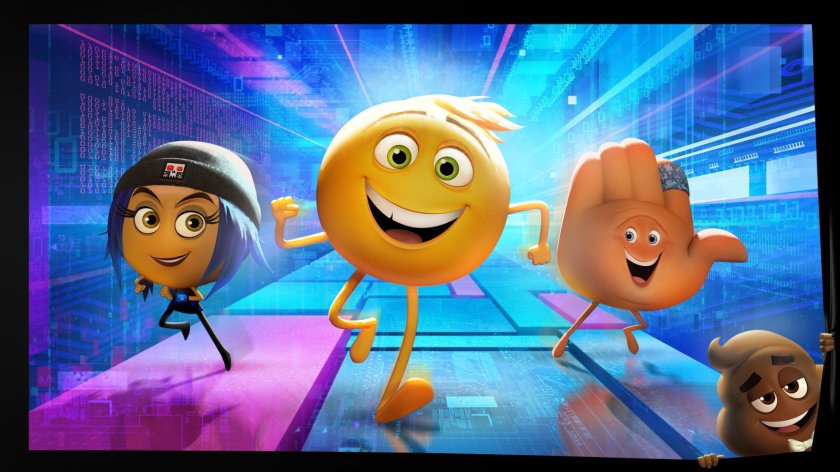 Miller made a big splash at Cannes that coincided with the release of a new trailer where he parachuted in and hosted an event on the coast. It’s not that huge a deal, but it got a lot of coverage. Also on the stunt front was this effort which set a Guinness World Record for the most people dressed as emoji in a single place.

Miller made some pretty serious press rounds in the weeks leading up to release, but this movie only came up occasionally and in a superficial way. Instead the conversations, whether in print or on TV, usually turned to his sudden exit from “Silicon Valley,” what was in store for Deadpool 2 and other projects he has coming up.

I get that this may be lost on at least some – probably large swaths – in the target audience, but it’s hard not to see the campaign as selling a movie that combines elements of TRON, Wreck-it Ralph, Inside Out and a few other movies. That is to say, there’s little that’s new here, just a new veneer painted on a well-worn framework, with a story that’s designed to take us into a secret world that lies just beneath our own and which has its own societal norms. “They’re just like us, only digital” is the conceit, but instead of offering anything new or heartwarming the campaign relies on poop jokes and visual gags that have less impact because of their digital rendering.

Even outside of that there’s not much to brag about with this campaign. The whole thing seems a bit lackluster, as if all the effort went into the Cannes stunt and none was left over for interesting poster designs. It wants us to find the movie interesting because hey, even your grandma knows how to use emoji at this point, so let’s laugh at how they get into their own antics. If you need an example of how lazy movie marketing, especially efforts aimed at younger audiences, can be in 2017, this is a good one to choose.