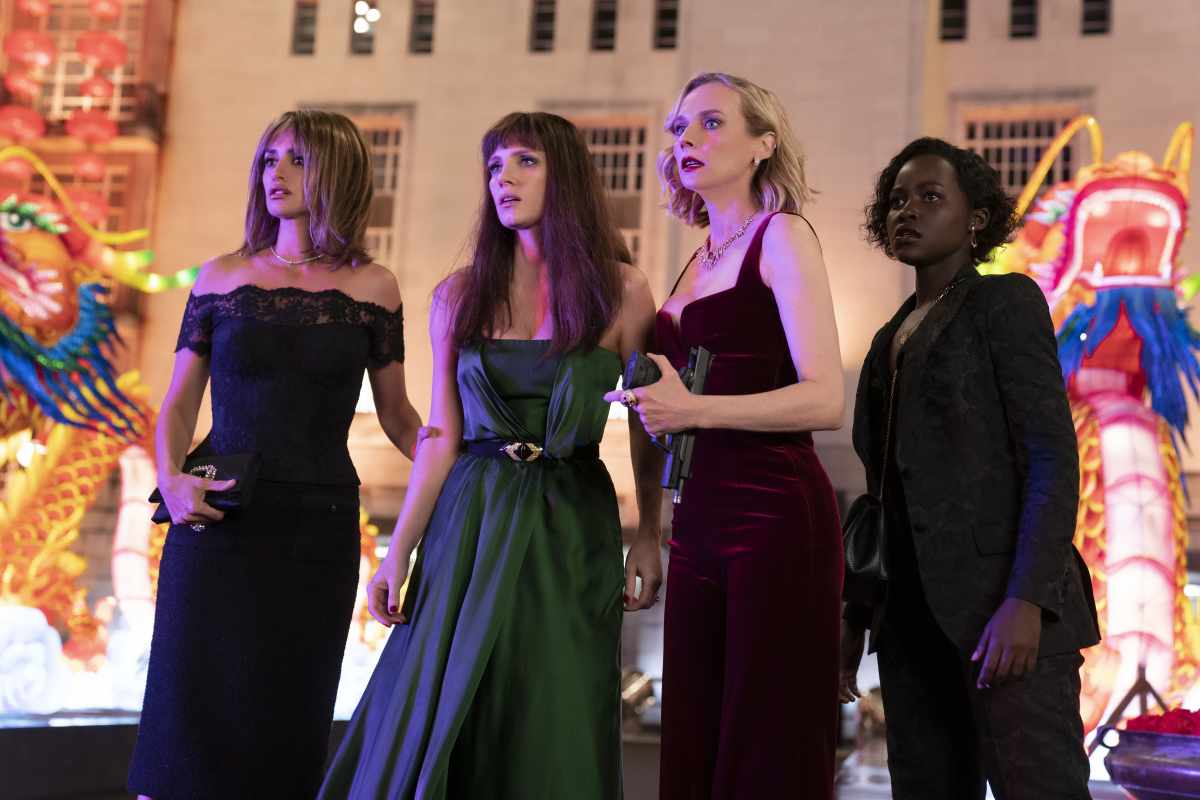 The 355, out this week in theaters, is a magnificent case study in the power of wish fulfillment.

Before going into that, the movie stars Jessica Chastain as Mason “Mace” Browne, a CIA agent who, when a top-secret weapon goes missing, assembles an international team of fellow agents to go after those who stole it before it can be used.

It’s a simple enough premise and the appeal is only enhanced when you consider the other agents Browne recruits are played by Lupita Nyong’o, Penélope Cruz, Diane Kruger and Fan Bingbing.

With that, as well as the fact the movie is directed by Simon Kinberg who cowrote the screenplay with Theresa Rebeck, established, let’s look at how the project came to be and had been sold to the public.

While Chastain had pitched the idea to Kinberg while the two were shooting X-Men: Dark Phoenix, the first real announcement about it came when Chastain brought the *concept* of the movie to Cannes 2018. While there she essentially assembled the cast in an attempt to get someone interested in producing or financing it.

The actresses did their part too, basically presenting it as a done deal should someone be brave enough to step up and get the ball rolling. It was a nervy, risky move that generated a lot of attention and interest in the audience, at least, and one of many female-led projects at Cannes or coming out around that time. Rights were eventually bought by Universal.

The lead up to the movie included features like this that profiled Chastain as both an actress and advocate, particularly within the #MeToo movement.

Reports emerged in April that Fan Bingbing, who had been out of sight for months, was still going to be in the movie. A few months later Chastain announced production had officially begun. In August of 2019 Universal finally gave the movie a release date.

Most of the primary cast was in place from the outset, but Kruger replaced Marion Cotillard in mid-2019 as production was getting underway. Sebastian Stan and others were added over the course of that year.

the marketing campaign: phase one

With an initial release date set for January 2021, marketing got underway in October 2020 with the release of a poster that has the members of the assembled spy team standing side by side, each in front of the flag of their respective countries. And, as someone has pointed out on Twitter, it’s the rare one-sheet that actually has the actor standing under their own name.

Can we just appreciate the poster for The 355 for actually having the right names above the right actress pic.twitter.com/iRRGZJs6RU

A couple batches of character posters that break out each one of the leads came out at the same time.

The first trailer (7.4m YouTube views) – debuted by Chastain when she appeared virtually on “Late Night” – also came out then. Mace, we see, is being given an off-the-books project by the security service she works for and sets out assembling a crack team of experts to get the job done. Together they have to stop some very bad people from doing some very bad things, but their mission puts not only themselves but those they love back home in danger. Still, they manage to kick an impressive amount of butt.

A TV spot debuted right after the first trailer came out, showing not only the mission the agents in this movie are engaged in but also offering a bit of backstory behind the “355” designation.

Most of the cast appeared on Entertainment Weekly’s “Women Who Kick Ass” panel at New York Comic-Con, which happened just days after the trailer’s release. They talked about how unique an all-female action movie is, the fun they had doing the stunts and lots more as they promised audiences a good time at the movies.

In November 2020 it was announced Universal was delaying the film by a full year, pushing it from January 2021 to the same date a year later.

As a result of that delay things went dark on the campaign until almost exactly a year after the marketing had first kicked off with the release of the second trailer (14.7m YouTube views). It covers much of the same ground as the first, but with a few tweaks and more of a focus on the objective of the team as well as the team itself.

An interview with Chastain had her talking about how the movie addresses the idea of female secret agents within the framework of the action movie and how the idea evolved over time. That story also included a new still and other looks at the film.

Short character introduction videos like this started coming out in early December.

Also in early December, Universal held a promotional event/party (seemingly sponsored by Stella Artois) in Miami with lots of music and movie-branded swag available to attendees.

We gathered the top agents from around the world for a special #The355 event this weekend in Miami. pic.twitter.com/AHut4ouNu9

IMDb debuted the first featurette from the movie showing Chastain and others talking about making an action movie and handling their share of the stunt work.

Dolby offered an exclusive clip/featurette that, like everything else, focused on the action of the movie.

More character posters were released that put each agent against a background of all the flags instead of just the one for their own country.

The campaign’s continued emphasis on the action of the movie isn’t different from any other ensemble picture in this genre, so that’s chalked up to a tried and true tactic being executed here.

On the one hand, that’s all well and good because it means it’s not being sold substantively differently from similar movies featuring all-male casts.

On the other hand, by fitting the movie into such a well-used format it doesn’t allow the biggest unique selling point to really shine through.

I’d almost rather have seen something unusual be done here because it would have provided a stronger hook, though it’s not assured that audiences would turn out no matter what the messaging was. That’s reflected in the $5 million the movie is projected to bring in this weekend as Spider-Man once again dominates theaters and Covid continues to sweep through the country, disrupting much of everyday goings-on.