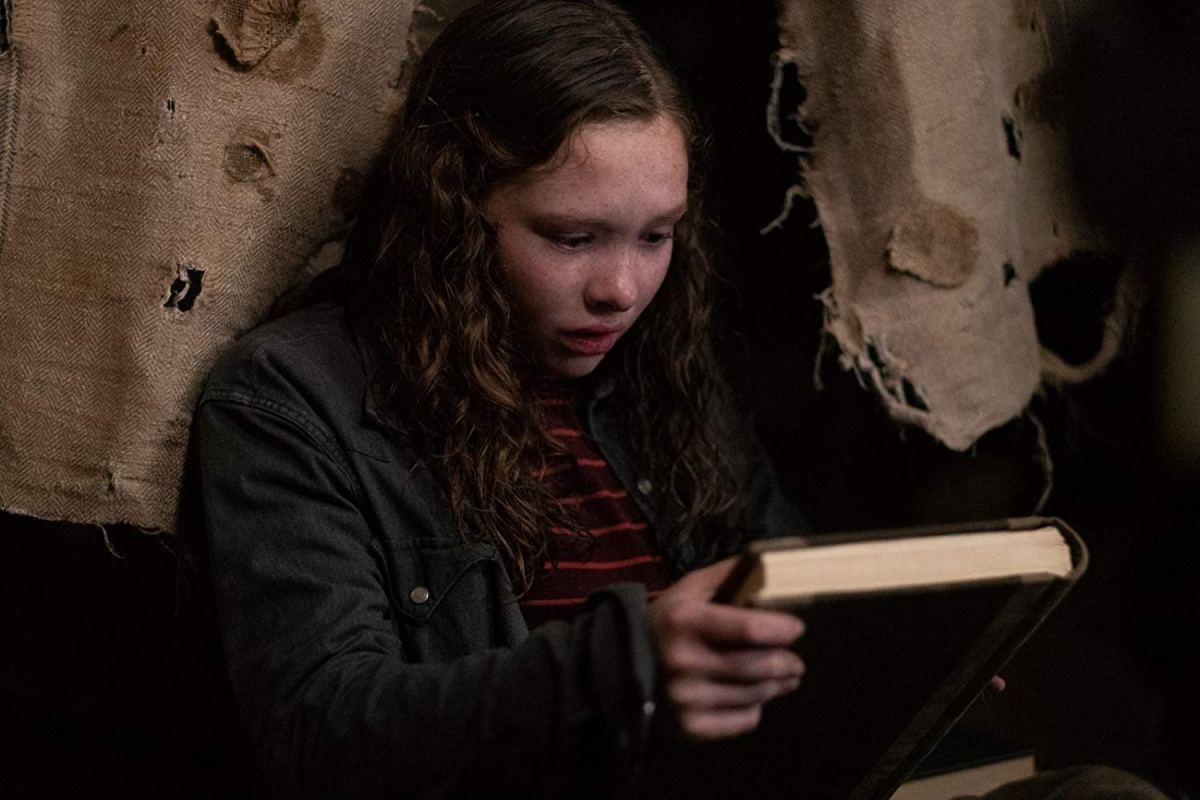 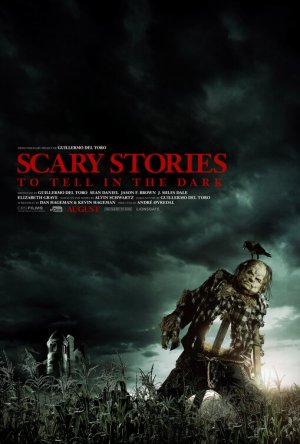 If it’s the end of summer that means it’s time for studios to start rolling out their slate of horror movies. This week brings one of the first of the season, Scary Stories to Tell In The Dark. Directed by André Øvredal and produced/written by Guillermo del Toro, the movie is based on a series of short story collections, with those stories being woven together into a single narrative for the film.

That narrative is focused around a group of teenagers in the rural small town of Mill Valley. They discover a book written long ago by Sarah Bellows, a troubled young girl part of a family that has dominated the town’s history and legacy. As they work their way through the book they realize the terrifying stories Sarah wrote down are coming true as a series of monsters begins terrorizing them and those around them.

In early February, around the same time the first teasers were released, the first teaser poster came out. It doesn’t show a whole lot, just a creepy scarecrow in the foreground and a dilapidated house in the back, all under ominous, cloudy skies. The second poster shows Stella looking in a mirror to figure out what is happening to her, especially regarding some sort of massive wound on her face. A third shows a lone figure standing at the end of a hallway bathed in red light, adding a stark sense of dread to the image while the fourth shows a terrifying creature walking down a dark staircase. 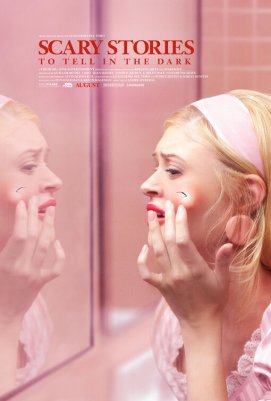 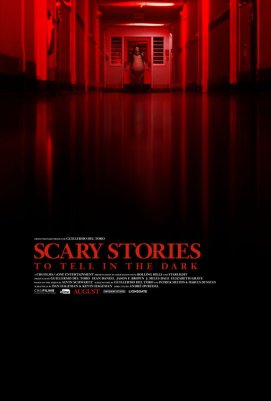 The first full trailer, released two months after the first teasers appeared, presents Sarah Bellows’ book of scary stories as the central element to everything that happens to Stella. There isn’t much of the plot that’s explained here beyond Stella intoning “You don’t read the book, the book reads you” and lots of things that go bump in the night. Still, it effectively sets the tone and promises audiences a lot of scares in theaters.

The second trailer is just as creepy. It’s also a bit more clear about the plot, showing how the book discovered by Stella contains stories that feature the names of other kids who were with her, all of whom die in various nasty ways. So she has to convince people of the danger and try and stop the stories from coming true before anyone else falls victim to the evil lurking in the book’s pages.

Released in July at the same time del Toro was appearing at Comic-Con, the Jangly Man trailer focused on that particular story in the movie and included lots of characters talking about how they don’t believe the myth of the book that causes so much trouble and death.

One final trailer released just days ago featured visuals that emphasized how the book has been brought to the screen, with illustrations of scenes transitioning into the actual filmed sequences. It shows off some of the supernatural threats the kids have unleashed by opening Sarah’s book, presenting a series of chilling encounters. This one gained a lot of attention for featuring a cover of “Seasons of the Witch” by Lana Del Ray.

The second trailer – the official version – opens the movie’s website. Most all of the sections introduce the content in the context of “Sarah’s stories.” So the Photos section encourages visitors to see how Sarah’s stories have been brought to life and so on. It’s an effective way to keep people in the setting of the story and reinforce the framing device used in the movie. There’s also a section where people can have their name inserted into a story that can then be shared on social media and elsewhere.

While the movie had been anticipated for a while, the first big coming out for the film came when CBS Films bought a series of short commercials during the 2019 Super Bowl, with each spot – compiled by the studio here – focusing on a different aspect of the story.

Both Øvredal and Del Toro were scheduled to appear at San Diego Comic-Con earlier this year on a panel to talk about this film and their love of scary movies in general.

Del Toro offered his insights on the stories told in the movie and talked about his love of scary stories along with similar comments from Øvredal.

Just as SDCC was about to kick off EW hosted an exclusive featurette highlighting some of the classic horror stories found in the movie.

Del Toro and others clarified why the setting and character types were chosen for their ability to tie all the disparate stories together into a cohesive narrative.

Just days before the movie hit theaters, del Toro was honored with a star on the Hollywood Walk of Fame. During the ceremony he spoke about this movie film as well as his career in general. Those comments contain the single best response to date from a filmmaker asked about the difference between working with a traditional movie studio and a streaming distributor like Netflix.

“I execute my craft exactly in the same way through both [Netflix and Fox Searchlight],” he says. “And the thing I have with both is a very clear relationship: they know what I do. At this point I’ve been directing and producing for more than a quarter of a century, so you become like a certain type of tree. If you come to an orange tree, you’re not going to get an apple. I’m very clear with what I want.”

It’s not surprising that del Toro’s presence has been all over this campaign, from his name being included in the trailers and posters to the big role he’s played in the publicity and press efforts. He’s a filmmaker with a lot of name recognition in the audience – particularly among discerning movie lovers – and a sterling reputation for creativity and originality, particularly in the horror genre.

It’s that creativity and originality that are pervasive throughout the marketing as CBS Films and Lionsgate seek to sell the movie as a chilling time at the theater for audiences that have had enough laughs and adventures thanks to franchise installments.

The campaign has made a point to include elements from the various stories plucked from the source books, but framing device of the kids working through Sarah Bellows’ book is sometimes less than clear. That could create some confusion in audiences not familiar with those books who are subsequently not sure what to expect, confusion that could wind up hurting the movie’s box office prospects in a weekend likely to still be dominated by the high octane action of Hobbs and Shaw.

A MovieClips-exclusive featurette focused on the practical makeup used to bring some of the story’s creatures to life.