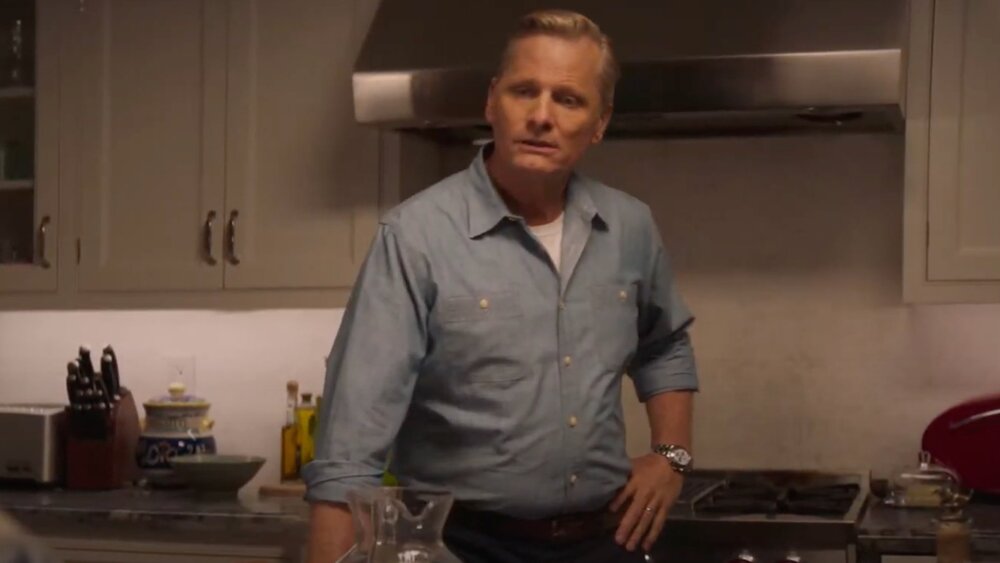 How Quiver has sold a drama about making peace with those who don’t understand you.

Not only does Viggo Mortensen star in Falling, the movie marks the actor’s directorial debut. Mortensen plays John Peterson, who lives with his partner Eric (Terry Chen) and their children. John’s father Willis (Lance Henriksen) is getting older and showing signs of dementia so comes to live with John and his family. That situation creates tension between the father and son, the latter having never accepted the former for who he is. But it also creates an opportunity for everyone, including John’s sister Sarah (Laura Linney) to come to terms with each other and start a new chapter together.

The movie, out this week from Quiver Distribution, has a solid 72% Fresh on Rotten Tomatoes and has gotten a campaign that represents the story in all its messiness.

There were a few posters that came out last year but the official release one-sheet was released in mid-January. It shows the core relationship and drama of the story, with John and Willis having what looks to be a heated conversation. It’s a simple message on display here, which is complimented by the icons for the festivals it’s appeared at on the bottom of the layout.

John has brought his father home to live with him as the first trailer (11k views on YouTube), released in mid-January, opens. Willis is having memory problems and can’t handle living on his own, but the two fall into conflict frequently as the elder man disapproves of his son’s life while also struggling with his own problems. The story seems to slip between time periods, intermingling the past with the present to show how the relationships in the family have or haven’t changed, adding to the poignancy of what’s presented here.

The only web presence I can find for the movie is a single page on Quiver’s site that has some elementary information but not the trailer or other marketing materials.

The movie was announced as among those screening at the 2020 Sundance Film Festival. It was also selected as a Cannes feature, despite that event happening virtually because of the Covid-19 pandemic. It was also chosen for the San Sebastian Film Festival and Toronto Film Festival.

While Mortensen was promoting Green Book this film was announced as his directorial debut.

In an interview at Sundance, Mortensen talked about drawing on his family for inspiration, even if the story isn’t actually about them. Similar themes were the subject of another interview with the actor, who commented on what is or isn’t real in the film. A video conversation with the cast touched on the same subject matter.

Later on Mortensen again talked about preparing for the film and working out the story. He also addressed the topic of him, a non-gay man, playing a gay character. Other interviews with the actor/director covered similar ground, especially focusing on his experience behind the camera for the first time.

Mortensen appeared on “The Late Show” to talk about the movie.

I’m not qualified to speak to whether or not the story is a positive portrayal of a gay man and his partner or related issues. But the campaign does show a good story with good performances from all the leads. Obviously the focus is on Mortensen and Henriksen, but there’s no bad that’s going to come from showing the two of them going head-to-head in some highly-charged scenes. 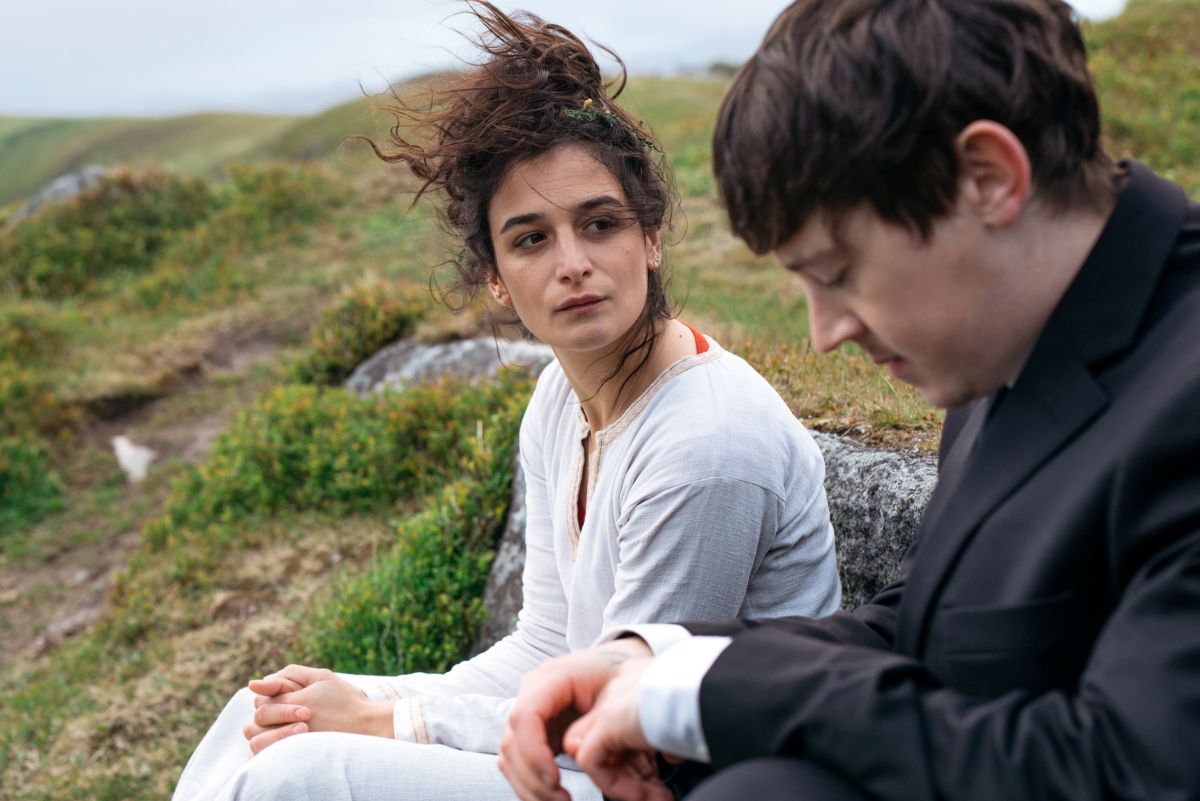 How a new film about finding yourself is being sold.

Jenny Slate plays Frances in the new film The Sunlit Night, based on the novel of the same name from writer Rebecca Dinerstein. Frances is a struggling artist who can’t seem to catch the break she needs in that world. Frustrated and needing a job, Frances takes an assistant position with a reclusive artist located in Norway.

While there she meets a handful of colorful characters, including Yasha (Alex Sharp), who has come there to give his late father a Viking funeral, and others, many of whom have wound up in the same village because of circumstances or fate. Frances finds a sense of home there that she never really had before and learns something about herself in the process.

The campaign from Quiver Distribution doesn’t break a lot of new ground, but sells a quirky story about unusual characters all working through their own personal issues.

June brought the release of the first poster (by marketing agency Champ & Pepper). Frances is shown boarding a ship, jacket on and suitcase behind her. A wistful and uncertain look is seen on her face as she heads out on what is clearly a new adventure, something that’s reinforced by the grey mountainous landscape seen behind her. The story of personal growth as well as the setting of that story are both communicated in the copy “Find your height at the top of the world.”

Frances, we see in the trailer (4,800 views on YouTube) released in June, is an aspiring painter whose overall life doesn’t seem to be on track. Her work isn’t received well, her younger sister is engaged and her parents are separating. She gets a job as an assistant to an artist in Norway, taking her to a remote village where she meets all sorts of eclectic and unusual personalities, all of whom have converged there for their own reasons. It’s lighthearted and shows how the story moves along nicely, offering a lowkey alternative to some flashier films.

Nothing I’ve been able to uncover, which is surprising.

The movie got pretty mixed buzz coming out of its premiere at the 2019 edition of the Sundance Film Festival.

A first look still from the movie was released at the same time it was announced it would be screening at the 2019 Sundance Film Festival. Slate was profiled in that time, commenting on the movie and her career as a whole as well.

The period leading up to release has been pretty silent, though, save for a random interview with Slate here and there.

It’s kind of surprising how low-key things got at the end here. Not that it came out of Sundance 2019 with any great momentum the film has a strong cast of likeable actors and while the story seems like the kind of “have to go somewhere to find yourself” narrative we’ve seen countless times before, there’s always the chance it offers an interesting spin on that idea. Unfortunately little of that comes through here and the audience is left with significant “Northern Exposure” vibes.

There was finally a decent profile of Slate where she talked about this movie specifically. She also later appeared on “The Tonight Show.”