Ant-Man and The Wasp

Marvel released a new video promoting the movie-themed sponsorship of Girls Who Code, the popular tech-based educational program. It shows director Peyton Reed and others speaking to groups about the science of the story and how important a STEM-based education is.

There was also a new interview with Hannah John-Kamen where she talks in particular about working with Michelle Pfeiffer.

One of the stunts pulled at Comic-Con was a Chuck E. Cheese-esque animatronic band with Deadpool and a bunch of animals playing “9 to 5” and you can see a promotional video for the group’s tour here. The panel with Ryan Reynolds and other members of the cast was as offensive as you’d expect.

Another round of Deadpool-themed alternate Blu-ray covers for other Fox movies is coming, some of which were also handed out at Comic-Con.

More from costar Ashton Sanders on what it was like to work with Denzel Washington and learn from the veteran actor.

The IMAX poster is much cooler than what was used more generally, showing just Washington’s torso with a tie that takes the shape of Lady Justice.

Teen Titans Go! To the Movies

The Regal Cinemas exclusive poster continues the meta theatrical theme by showing the Titans as well as a few other heroes – and Slade – sitting in the theater watching a movie.

Daveed Diggs and Rafael Casal appeared together on “The Daily Show” to talk about creating the movie and what the story meant to them. They’re also interviewed here about how there’s a slight surge in the number of movies, including their own, set in the Bay Area.

Another TV spot that plays up the critical acclaim the movie has accumulated.

Star Michael Pena stopped by “Colbert” but only got a plug for the movie in briefly at the end of the interview.

Sorry to Bother You

The movie has generated a metric ton of stories such as this about code-switching and “white voice.” Annapurna Pictures leaned into that by releasing a featurette with Patton Oswalt and David Cross, who provide some of the white voices used by black characters in the film.

Star Lakeith Stanfield has engaged in a bit more media, including appearing on “Kimmel” to promote the movie.

It was apparent in the film’s campaign, but the distinct lack of sense of humor was one (at least potential) reason the movie didn’t perform up to expectations at the box-office. While I haven’t seen it, the problem likely stems from how it adds the element of putting the hero’s wife and children in the middle of the action. That increases the stakes, but it also makes a wise-cracking protagonist odd and out of place. You’ll note that Die Hard, which the movie clearly was aspiring to be, avoided that.

Dwayne Johnson and director Rawson Marshall talk here about Neve Campbell’s character, who was all but missing completely from the campaign.

This is an interesting profile of Johnson and the clout he wields, including his formidable social media presence.

Also, the movie has come under some scrutiny as another example of Hollywood casting an able-bodied actor to play a disabled character, which is part of a bigger conversation around representation.

While Marvel Studios isn’t at San Diego Comic-Con this weekend, LEGO is bringing a life-size version of Thanos to the convention.

The theatrical run is over for the movie but it’s freshly out on home video platforms and media, so Warner Bros. has brought costumes, props and a VR experience to San Diego Comic-Con.

It’s not a big push, but Disney/Lucasfilm are including a life-size replica of the Millennium Falcon’s cockpit as seen in the movie to the Star Wars booth at San Diego Comic-Con.

Amazon released a bunch of new posters on Twitter that are much better than the low-effort theatrical one-sheet.

Jonah Hill showed up on “Kimmel” to talk about the movie and working with Phoenix.

The producer of the original stage show had a chance to weigh in on the musical’s legacy, and the movie’s director talked about the cameos by two of ABBA’s original members.

Universal worked with an influencer marketing agency to coordinate a shot-for-shot remake of the original video for “Mamma Mia!” the song featuring a bunch of YouTube personalities.

Shuri, T’Challa’s sister and the breakout favorite character from the movie, is reportedly getting her own comic series.

Writer/director Bo Burnham continues to make the media rounds to talk up his movie, which is gearing up to be a word-of-mouth success. Also many people have pointed out this disconnect, which is that a few words and scenes that are going to be familiar to anyone in junior high have given the movie a rating designed to keep out anyone who’s actually in junior high.

Denzel Washington addressed directly how this is his first sequel and why he’s long avoided doing them and how he tried to bring the feeling and emotion back to the character. Also, he and costar Ashton Sanders talk here about their on-screen dynamic.

Yeah, the Comic-Con stunts promoting the movie’s home video release are just about what you’d expect. 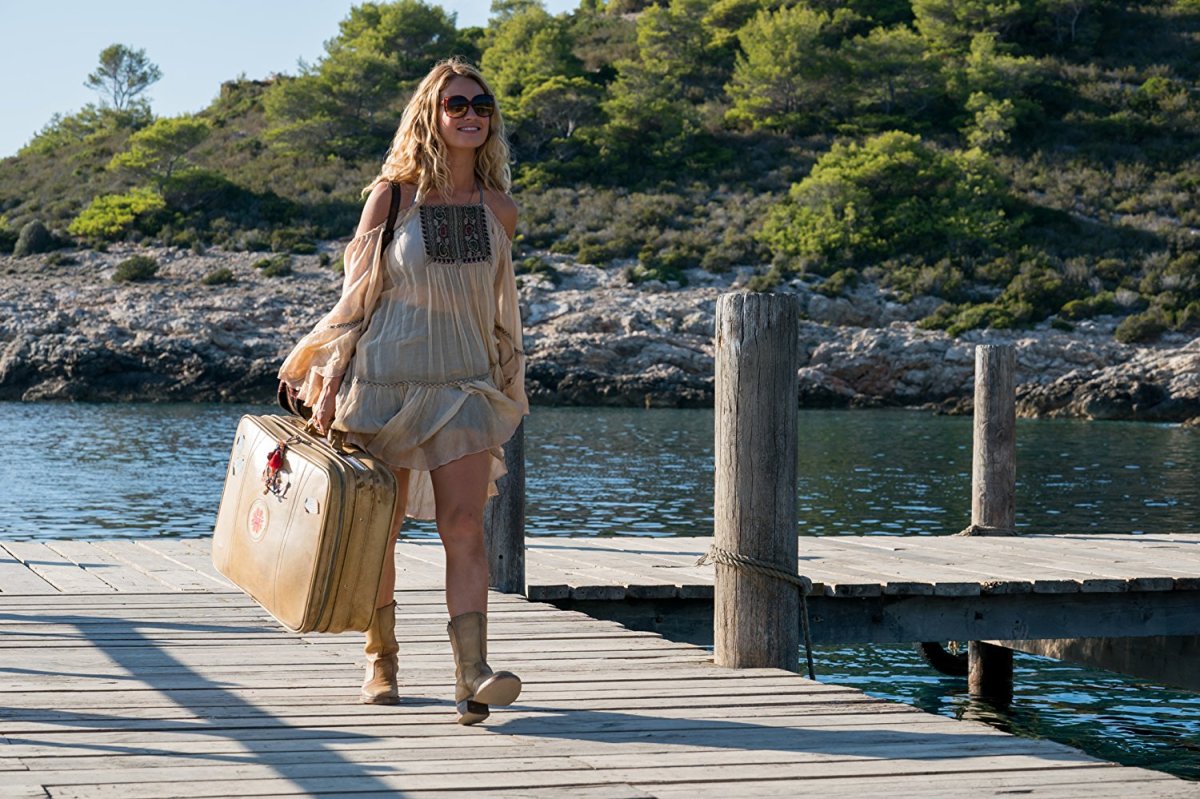 The only thing that’s surprising about Mamma Mia: Here We Go Again coming out 10 years after the first one is that it took this long. My full recap of the movie’s marketing is up at The Hollywood Reporter now and you can read a few additional points here.

The cast and crew talked about the film on various occasions, usually while promoting other projects. It really started to get its own focus in interviews like this with Seyfried where she promised things were definitely being kicked up a notch across the board for the sequel.

Around the time of the CinemaCon presentation there was a feature LAT story about how a movie featuring characters like this – older women – is fairly unusual in the middle of the summer.

First off, 50 points taken from whatever screenwriter shameless cribbed the “I told many, many people” line seen in the trailer from “Sports Night.” I know it’s not a hugely original gag even there, but still…come one.

Considering the campaign is so unconcerned with selling anything resembling a story, I can’t imagine it was anything along those lines that held up production. More likely, in my mind, it was concern over how to make the use of the same handful of ABBA songs from the original movie (and stage production) without giving off the obvious impression of not caring at all.

Universal clearly believes the audience for this sequel will turn out for the spectacle of it all, much like people do for super hero movies. Instead of punching and flying and wisecracks, though, the pitch is costumes, musical sequences and drinking wine while lounging in exotic locations.

The producer of the original stage show had a chance to weigh in on the musical’s legacy, and the movie’s director talked about the cameos by two of ABBA’s original members.
Universal worked with an influencer marketing agency to coordinate a shot-for-shot remake of the original video for “Mamma Mia!” the song featuring a bunch of YouTube personalities.