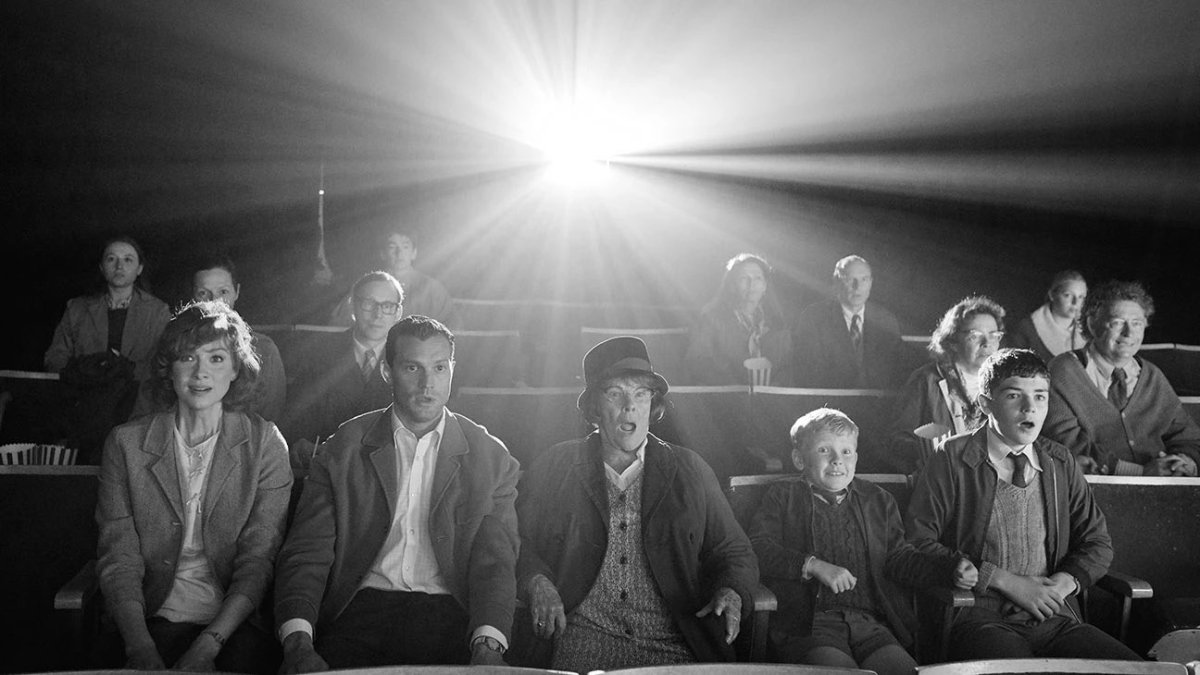 How Focus has sold a deeply personal story from a top director.

Franchise entries aside, Kenneth Branagh is most well-known for his multiple Shakespeare films, some of which are the best of the genre. The director takes a more personal turn with this week’s Belfast, a semi-autobiographical story of his childhood in the Belfast of the 1960s, when the city was at the heart of the political unrest known as “The Troubles.”

The movie stars Jude Hill as Buddy, the child at the center of the story. Caitríona Balfe and Jamie Dornan are Ma and Pa, Buddy’s parents and Dame Jude Dench and Ciarán Hinds play his grandparents. It arrives in theaters this week after a campaign that’s been steeped in nostalgia and the yearning for childhood innocence.

Branagh announced he would make the movie in mid-2020, noting at the time he’d taken time during the pandemic to explore more personal territory. Dench, Balfe, Dorna and Hinds were cast a few months later.

Focus Features acquired the project in December, 2020. A release date was announced a few months later in March.

Universal gave CinemaCon attendees in August a look at footage from this and other upcoming movies, with the trailer released to the public a month later.

That trailer (4m YouTube views) starts out by introducing us to Buddy and showing us how, like most kids, he’s figuring out who he is while also having fun with his friends. But that exploration and self-discovery is marred by the unrest gripping the city at the time, something Buddy’s parents are doing their best to protect him from.

Buddy runs down the street on the poster that came out at the same time, the photo showing the look and feel of the film. Even more so than in the trailer, the fact that Buddy is carrying make-believe versions of weapons at a time the adults were carrying the real thing creates a strong sense of tension that highlights the innocence of Buddy’s childhood.

We all have a story to tell…@caitrionambalfe, Judi Dench, Jamie Dornan, Ciarán Hinds and Jude Hill star in #BELFAST, a Kenneth Branagh film. pic.twitter.com/cLgaVb9dqd

The movie’s world premiere was held at the Telluride Film Festival in September, a screening that garnered mostly positive reviews and word of mouth for the very personal story Branagh had crafted.

While at Telluride the director talked about how long he’d been working on the project, telling such a personal story instead of bouncing between franchises and Shakespeare and more. Similar topics were covered by him during the Q & A following that screening and then again when the movie screened at the Toronto Film Festival. It went on to win the People’s Choice honor at Toronto. It also screened at the BFI London Film Festival.

Our whole family is here for the #BELFAST #LFF premiere! 💛 pic.twitter.com/4HBhPAvxzF

An interview with Balfe during TIFF had her talking about a story that mixes the importance of family with the political fighting that made childhood in that area difficult to say the least.

The second poster once again shows Buddy with his makeshift sword and shield, this time leaping over the heads of his family to emphasize their role in his story.

Another screening was held in Washington, D.C. in mid-October and then at the Chicago Film Festival that same month followed by the SCAD Savannah Film Festival at the end of October.

TV spots like this began running in late October that emphasize the movie’s story of family being a bulwark against outside troubles instead of how the trailer positioned it more directly through Buddy’s perspective.

In a town divided by fear, one family is united by hope. #BELFAST pic.twitter.com/wJGYIPHYDg

In November it was part of Miami Film Festival GEMS.

Branagh was the subject of a Variety cover story that focused on the positive festival reception that had turned the movie into a contender for Oscars and other awards. In another interview, Branagh talked about the emotional impact of seeing such a personal story on screen, especially watching it with critics and others in the crowd and taking their reactions into account.

The cast and crew reunited at the Belfast Film Festival for a screening and Q&A there.

Cole was interviewed about how he worked to become a young version of Branagh and more. Dornan later shared how having been born in Belfast he was eager to take on the role and explore the city’s history.

Clips began coming out a week or so ago showing more of the family relationships of the story as well as the broader world the story is set against.

The movie’s L.A. premiere was held earlier this week, with Branagh and the cast in attendance and appearing on the red carpet. At that event Dornan serenaded attendees with “Everlasting Love,” which he sings in the film. The stars and Branagh talked while there about the movie’s awards potential as well as helping the director tell a very personal story.

Dornan talked about singing on screen and at the premiere and more when he appeared on “Kimmel”. Balfe promoted the movie on “Today.”

A featurette had everyone involved talking about making the movie and recreating The Troubles of Belfast in the late 60s. More was explored in an installment of Focus Features’ “60 Second Film School” series.

Comparisons to Roma from director Alfonso Cuarón have been consistent, especially since both movies are presented on black-and-white, but the idea of a fictionalized version of a filmmakers’ childhood has a long history.

Putting that aside, the campaign is so endearing and joyous while also communicating the problems that will come up in the story that it works on a handful of levels all at once. Certainly Branagh is at the forefront of the push since it’s his story being told, but there’s still room for Dornan, Balfe and others involved, though they frequently bring the focus back to the director.

More than anything the movie looks like an escape, anchored by performances from some of the finest actors working. If you’re a Branagh fan (as I am) then you’ll likely be hooked, with the festival buzz acting as assurance it will be time well spent.