My full recap of the marketing campaign for Glass is up at The Hollywood Reporter, but you can read below for the elements not included in that column.

The official website from Universal does a decent job of offering most of the basic content and information about the movie but never really takes visitors any deeper into the story.

A feature profile of Shyamalan covered lots of territory, focusing on how he fell from favor after the initial wave of popularity and buzz but has emerged even stronger than before. Similar topics were covered in another interview and another after that. The connection between this and the earlier movies was reinforced when the director revealed it would feature unused footage from Unbreakable, though he also put the kibosh on further sequels set in the shared world.

Everyone started showing up on late night TV and elsewhere in the last couple weeks, including Jackson and McAvoy. The latter was also announced as the host of an episode of “Saturday Night Live” a couple weeks after the film hit theaters.

Star Anya Taylor-Joy had a few late-breaking profiles like this where she talked about her experiences on-set with the cast and crew.

It’s always angry white guys we’re told to lionize as heroes for when they take the law into their own hands. They – and only they – are allowed to process tragedy through revenge, vigilantism and other violent means. If a white woman or person of color takes this path, there’s suddenly an overwhelming amount of hand-wringing and talk about how it’s more useful to work within the system and be polite toward those in power (usually older white men).

If you look at Wikipedia’s page of vigilante films you’re hard-pressed to find more than a couple that feature anyone other than a white protagonist. These characters are held up as doing what’s necessary to avenge their loved ones and work outside a system that’s failed them. That message, though, isn’t received well by even our current society when, say, it’s a black father looking for answers as to why his child was killed and the police department seems uninterested in finding answers.

Unquestioningly falling into that tradition is this week’s Death Wish, an update of the 1972 film of the same name with Charles Bronson. This time around Bruce Willis takes the lead as a man whose family is murdered during an armed robbery and, frustrated by the inability of the police to find the perpetrators, sets out to dole out justice on his own through whatever means are needed.

Before we get even further, the question has to be asked: Is this message anywhere near as relevant today as it was 46 years ago?

As I write this, the students who survived yet another mass shooter in Parkland, FL are leading a quiet revolution. Well…not quiet, but certainly not armed. They are using their natural skills with social media to dunk on conservative talking heads and reluctant lawmakers who have dragged their feet on gun control laws. They’re encouraging companies who have done business with the National Rifle Association to rethink those relationships. They are, in a tragic turn of events, the ones inspiring more adults to speak up and apply pressure while all too many people can do is blithely fantasize about how *they* certainly would have rushed in to face danger on their own, even as others wouldn’t. That mindset has been instilled in many by the kinds of movies that glorify the lone action hero, standing up to protect the innocent. Those are just movies, though.

So as we have what seems to be a national debate as to whether our schools need to be filled with armed teachers (no), guarded by a squad of highly-trained marksmen (no), and turned into permanently locked-down prison camps (no), MGM wants us to go see a movie with the core message of “violence is always the answer.”

END_OF_DOCUMENT_TOKEN_TO_BE_REPLACED 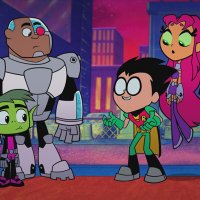 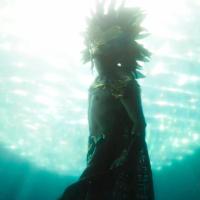