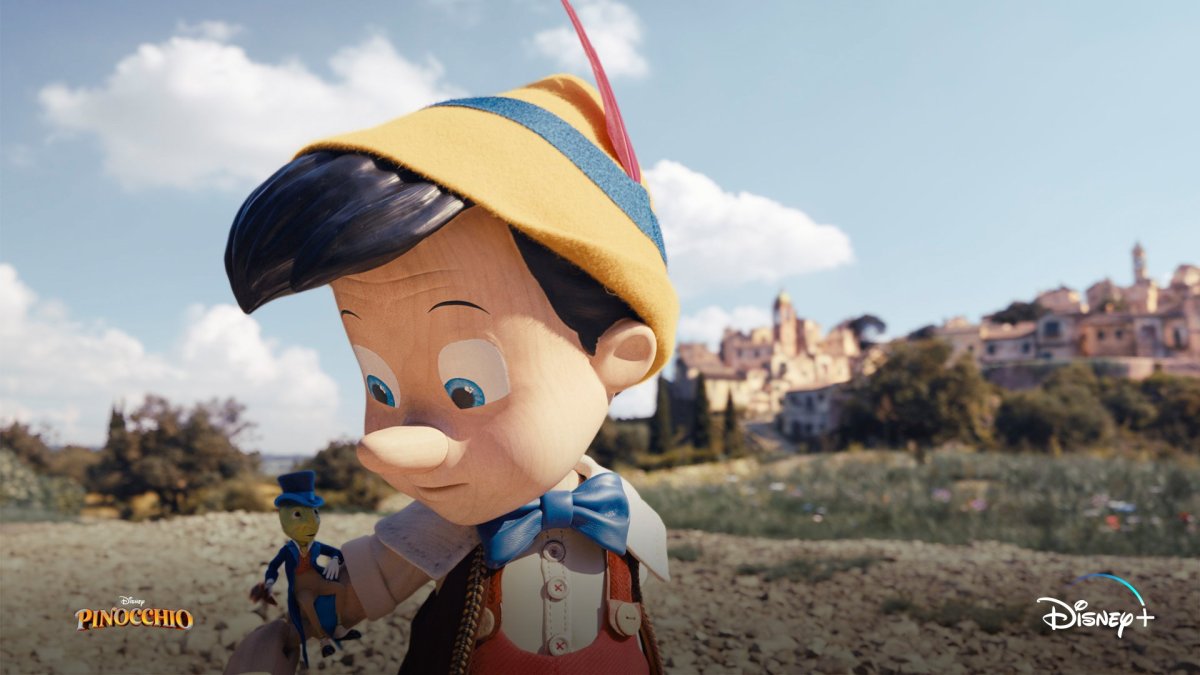 How Disney is selling another retelling of a classic fairy tale

Disney continues to hold on to its important intellectual property by remaking animated classics as “live action” films with this week’s Pinocchio. Robert Zemeckis directs the film, which has Benjamin Evan Ainsworth providing the voice of the wooden puppet who dreams of becoming a real boy. Frequent Zemeckis collaborator Tom Hanks stars (and actually acts on screen) as Geppetto, the kindly toymaker that brings Pinocchio into this world. Cynthia Erivo provides the voice of The Blue Fairy that grants Pinocchio’s wish while Joseph Gordon-Levitt does likewise for everyone’s favorite voice of reason, Jiminy Cricket.

Everyone knows the story, which is likely unchanged since 1940. But what makes this week’s release – which happens on Wednesday as the cornerstone of this year’s Disney+ Day – more interesting is that it’s one of two Pinocchio adaptations coming out this year, with Netflix releasing one from writer/director Guillermo del Toro in December.

So with all that in mind, let’s take a look at how it’s been sold.

The project was announced with Zemeckis in the director’s chair in January of 2020, though the film had been in development with other directors for several years prior to that. Hanks, who had long been rumored for the movie when it was in various stages of development, finally made the deal official in August of that year. More, including Swinton, Blanchett and others, were announced later that month.

Disney announced in December 2020 during its investors presentation that the film would skip theaters and go straight to Disney+.

The cast was announced in November of last year.

A first look at Hanks as Geppetto as well as of the “live action” version of Pinocchio was released in early March, 2022.

Things really got underway in late May with the release of the first teaser trailer (5.2m YouTube views). It starts with Geppetto’s wish for a boy of his own and shows some of the action and adventure the story contains. But while we see Jiminy Cricket and some of the other characters, Pinocchio himself is kept mostly hidden.

He’s also only shown as a silhouette on the poster that came out at the same time.

A better look is provided on the next one-sheet, which came out at the end of August. It shows Pinocchio, still just in profile, sitting in front of Geppetto while some of the other well-known supporting characters hang out in the background.

That coincided with the second trailer (9.6m YouTube views). There’s not much to say about it since it shows the look of the film pretty effectively while assuring the audience it has all the expected story beats and will contain absolutely no surprises when they watch it.

A TV spot released at the same time cuts down the trailer into a much more lighthearted message without all the scares and thrills that are shown in the longer version.

Hanks, Erivo and others from the cast talk about why they got involved in this project and what the story means to them in a featurette.

A few more TV commercials and other promos were released that highlight different aspects of the story before the first clip showing Pinocchio being rescued by Jiminy was released at the beginning of September.

Tom Hanks lists Disney movies in another short video that is supposed to be him listing his favorites.

With a few exceptions (cough…Dumbo…cough), Disney’s brand-retention content has been successful with audiences, even if some of the reviews haven’t been stellar. But they’ve done well enough that the studio already has quite a few more in the planning stages.

This one stars one of the biggest actors of the last 40 years and comes from a director responsible for some of pop culture’s most memorable films. And…that’s it. There’s been almost no press for the film, and the entire thing seems lackluster, like the studio is just counting on brand recognition alone to get people to tune in tomorrow.

More than anything, I hope the lackluster effort here is noticed by critics and commentators who are always criticizing Netflix for its lack of substantial marketing campaigns. That isn’t unique to Netflix but is a symptom of the different economics behind selling a streaming-only film compared to a theatrical release.

That being said, there’s nothing offensive or bad about the campaign. It’s just…there.