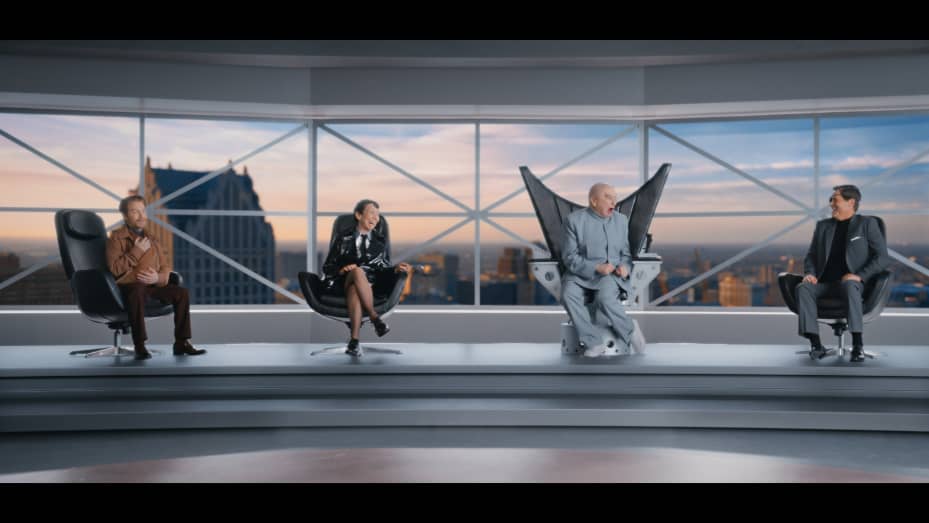 This weekend marks the only universally-observed holiday in the United States. That’s right, it’s Super Bowl Sunday, that term referring to the entire five day cycle of press events, public workouts and other happenings culminating in an actual honest-to-blog football game between two teams that aren’t the Chicago Bears.

The Super Bowl, because of its ability to draw massive audiences – last year it drew 91.6 million viewers even in the weird pandemic year – is an equally massive advertising event. Indeed we’re at least a good two decades past the point where “I watch the commercials and use the game as a bathroom break” was a legitimate joke.

The game’s broadcast has always had its fair share of movie commercials, sometimes just a handful, other times as many as a dozen, though that’s been somewhat disrupted by streaming fragmentation and some studios deciding the expense (this year the top rate was reported to be $6.5m for a 30-second spot) wasn’t worth it.

Over the last couple years there’s been a secondary trend that seeks to tap into celebrity star power, always a big factor in many commercials, and tie that name recognition into nostalgia for some classic movie characters. Specifically, a number of brands have cast well-known actors as characters they’ve played in older films.

Also coming Sunday, Jim Carrey is back as Ernie “Chip” Douglas, his character from The Cable Guy, in a commercial for Verizon.

[disclosure: Verizon is working with my employer GoNoodle on an upcoming campaign, but I have not been involved in content creation. I’m not criticizing Verizon here.

Of the two, the Verizon spot is the most surprising for a few reasons:

First, The Cable Guy did pretty well but because Carrey’s star was still ascendant in 1996 it was seen as a disappointment and isn’t a movie that’s referred to frequently.

Second, it’s a *dark* comedy, not the lighthearted mainstream fare that Austin Powers is.

Third, it only serves to remind me that Medieval Times *still* hasn’t run a campaign centered around the serving wench played by Janeane Garofalo. That’s the only brand marketing extension of this movie that was warranted, but we’re still waiting.

the latest in a trend

These commercials aren’t the first time classic movie characters have been brought out of storage for a big Super Bowl campaign.

Bill Murray reprised his Groundhog Day role for Jeep in 2020.

Gary Cole drove fast as Reese Bobby from Talladega Nights for Dodge in 2021.

Matthew Broderick played a very Ferris Bueller-esque version of himself for Honda all the way back in 2012.

It’s not exactly in the same genre, but we’ll also count 2017’s Squarespace ad with John Malkovich because it references Being John Malkovich and is appropriately meta.

The simplest answer to what’s behind a trend that seems to be picking up speed is that these characters represent established IP that is easily recognizable by significant portions of the audience. They make for great moments of buzz and conversation, especially when the character and/or actor is truly iconic or, in the case of Murray, someone who has never done ads before and has a well-known eccentric streak.

So the purpose of these commercials is to bring some star power and attract headlines, all of which is meant to contribute to the success of the spot, though how “success” is defined has been fluid over the years. In some cases it’s social media buzz. In others it’s ranking on the USA Today AdMeter. Sometimes it’s actually sales or other actual consumer interest.

Whatever the case, it doesn’t seem like this is slowing down. If anything, given the increased frequency of true legacy sequels coming 20 or more years after the original movies, it’s likely to become more common as audiences become accustomed to seeing much older versions of the characters they enjoyed decades earlier.