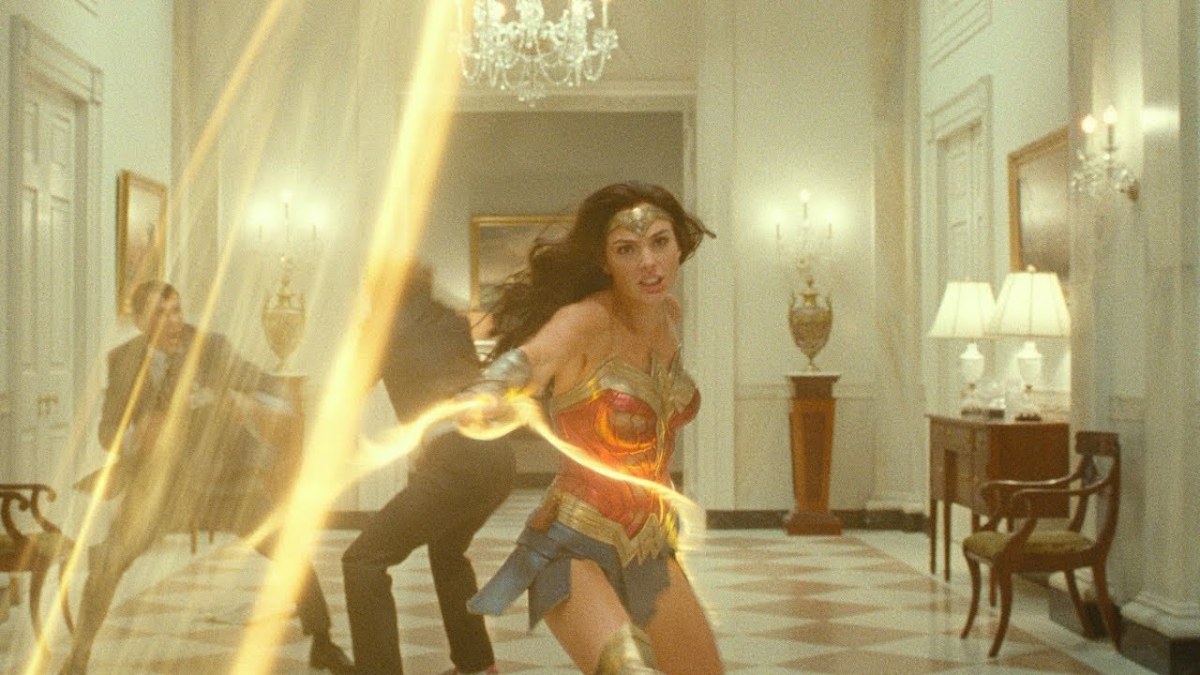 All the world is waiting for you, in the comfort of their own home.

Wonder Woman 1984, which is the last studio blockbuster standing on the theatrical release calendar, retains that status but now comes with a significant caveat: It will also be available day-and-date, December 25th, on Warner Bros.’ HBO Max streaming service.

That news came just a couple days ago, and not a moment too soon. Earlier this month there were reports Warner Bros. was considering a significantly tightened window of just two weeks between the movie coming to theaters and then to streaming. Indeed, as time ticked by that 12/25 release date seemed increasingly in doubt, given campaigns for major movies like this generally begin in earnest six weeks or so out.

In a significant shift in tone since the beginning of pandemic-related changes in studio release plans, when theater owners and NATO put out statements sounding like Luigi and Dino visiting the Army base, the CEO of AMC Theaters commented by saying it’s all good, and that this is the best solution for everyone. At the same time, Universal Pictures has signed deals with both Cinemark and Cineplex theater chains allowing the studio to shorten the theater-to-home video timeline to just over two weeks.

That change in rhetoric is welcome, especially since Warner Bros., like many other studios over the last eight months, is making not only the best choice but really the only choice when it comes to the movies it’s holding on to.

First, it’s a sign the studio is reading the broader societal landscape as it exists at the moment. The Covid-19 pandemic is, at the moment, essentially out of control in the U.S. and while a vaccine may indeed be on the way, the soonest it will be widely available enough to have a measurable impact on the population is likely the summer or fall of 2021.

Along the same lines, it’s a hedge against the last month of 2020 being even worse in terms of coronavirus infections and hospitalizations. While the CDC, as well as many governors and mayors across the country, has (finally) formally stated people should not travel or gather for Thanksgiving there are going to be plenty who ignore such recommendations and warnings. If/when that happens, cases – including deaths – will be spiking (again) just a couple weeks before Christmas Day. That may well lead to another round of stay-at-home orders and business closures even more restrictive than those put in place in recent days.

Third, it’s an acknowledgement by all parties – WB and exhibitors – that there’s no further financial relief for theaters or any other party coming from the federal government. Not only are Republican officials not taking any steps to meet with House Leader Nancy Pelosi, but Treasury Secretary and Man Who Constantly Looks Like He’s Waiting to Get Back To Kicking Orphans Steven Mnuchin recently announced he is ending several stimulus programs, the impacts of which will likely be felt well into the Biden Administration.

Outside of all that, it does seem that this may finally be the crack that brings the entire dam down. As Peter Kafka said, the pandemic has provided the impetus for the movie industry to fully come into the present and make some substantive changes. The kinds of deals exhibitors are making were first floated a decade ago but roundly rejected at the time. Meanwhile, studios have spent that time building up their own brands and distribution infrastructures, all of which is being brought to bear right now. Those deals, then, are the best chance exhibitors have for survival.

This has been such a wild week in the distribution and exhibition industries that, as big as the Wonder Woman 1984 news is, it’s not by any means the only big beats in this space. Paramount announced it had finally officially sold Coming 2 America to Amazon, which scheduled it for early next year, and there’s rumors Disney could shuffle some of its upcoming live-action remakes of Cruella, Peter Pan and others to Disney+ as it seeks to clear the shelves while playing catch-up when theaters are fully reopened.

It’s great that Warner Bros. will continue to support theaters with the WW84 release, but making it available via streaming is also an acknowledgement of the current realities. There really wasn’t any other option available, at least not one that was feasible long-term.