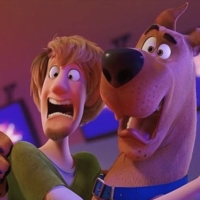 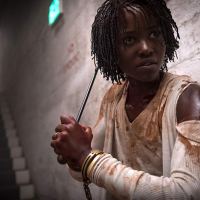 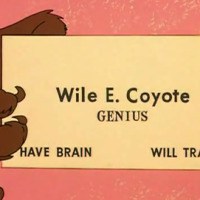 How IFC Films is selling a movie about fighting oppression. 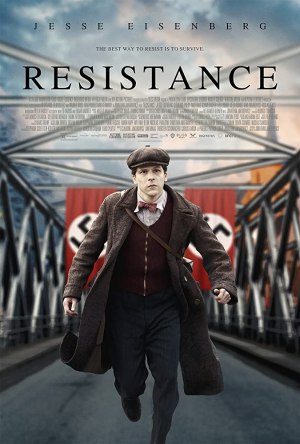 Jonathan Jakubowicz wrote and directed this week’s new release Resistance. The movie stars Jesse Eisenberg as Marcel Marceau, long before he became the world-renowned performer famous for his abilities as a mime. During the events of the movie, Marceau is still an aspiring actor who joins the French Resistance to the Nazi occupation of World War II.

He does so reluctantly, wanting only to continue acting and painting and trying to ride out the terrors of the occupation. But he’s convinced to put his acting skills to use in the service of others, specifically a group of orphaned children who are at risk of being killed by the German soldiers. So he joins others in seeking to protect those children from the horrors of the Gestapo.

The limited campaign from IFC Films is a result of the movie getting an on-demand release this week due to the current theatrical situation as well as the movie’s status as a smaller title with limited commercial appeal.

Marceau is shown running across a bridge adorned with Nazi flags on the one poster, released in February. His clothes, along with those flags, help set the time period the story takes place in while the somber color palette helps to set the tone.

The copy at the top that reads “The best way to resist is to survive” works nicely in summing up the struggle Marceau is undergoing as he hesitantly moves from wanting to simply survive to full on resistance.

In early February the first trailer (36,000 views on YouTube) was finally released. We meet Marcel, a man who’s shown early on both fighting back against the occupying Nazi soldiers and bringing laughs and entertainment to the children caught in the middle of a terrifying war. He and others are working to do what they can to hurt the Germans killing civilians, but the question remains: what is better, matching violence and hatred with the same or simply working to survive? Whatever the answer, the goal is to save the lives of those too young to protect themselves.

Not much beyond the standard marketing materials and basic information on IFC’s website for the movie.

It was during the American Film Market in late 2019 that IFC Films announced it had acquired the film.

Earlier this month the studio engaged in a small bit of advertising for the movie with spots like this that sum up the story pretty nicely, playing up the dramatic nature of what’s happening.

The best way to resist is to survive. Jesse Eisenberg stars in this incredible WWII-set story of resilience in the face of hatred. Watch RESISTANCE on demand starting next Friday, March 27! https://t.co/77iyUQFEDP pic.twitter.com/MFnsasdYFg

Eisenberg was interviewed about his role and the research he did into the reality of the man he was portraying. Another profile allowed him to talk about both this movie and the other release he has coming out this week.

There’s little doubt the movie is getting the fuzzy end of the lollipop when it comes to timing. Even aside from the fact that the theatrical marketplace is on extreme hold for the moment, it’s difficult for anything to break through the clutter of noise in the media world right now.

My one issue with the campaign is that it doesn’t make more of the actual history behind the story. This is a fascinating idea, that one of the 20th century’s greatest performers was involved in a massive wartime rescue operation. That seems to be skimmed over, but seems substantial.

Other than that this is not a bad campaign, just one that doesn’t get the the heft it otherwise would have.

A new clip came out just as the movie was hitting theaters.