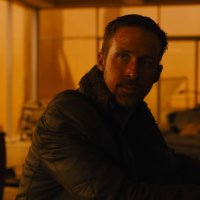 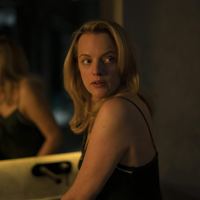 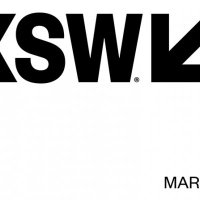 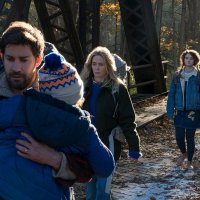 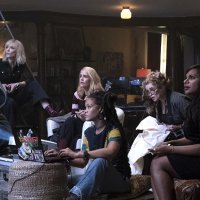 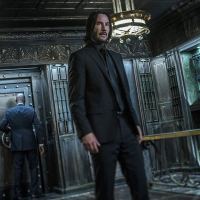 How Apple is selling its first original feature film release. 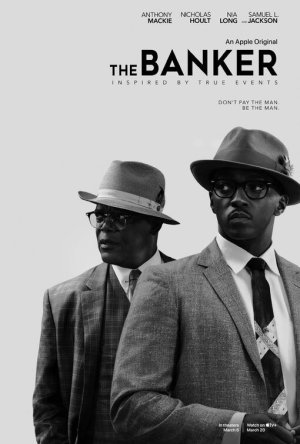 Like most other media (and some technology) companies in the last year or so, Apple is finally branching into distributing original feature films, specifically using its Apple TV+ streaming service. It has already released a handful of series and a couple documentaries, but narrative features are new with this week’s The Banker.

The movie stars Samuel L. Jackson as Joe Morris and Anthony Mackie as Bernard Garrett. Morris and Garrett are two bankers who want to help others like them own their own homes and move toward the American Dream. The racist policies of the 1960s, though, keep them from owning their own bank. So they enlist Matt Steiner (Nicholas Hoult), a white man, to act as the public face of their venture while they pretend to be his hired help. Eventually the Feds get wise to their scheme, threatening to bring the entire operation to a halt.

Unfortunately early reviews haven’t been great, with critics citing a corny story and uneven plotting. Even more troublesome is controversy surrounding the people depicted in the story that has caused Apple to change its release plans, dampening what should be a big coming out for the company’s media ambitions. 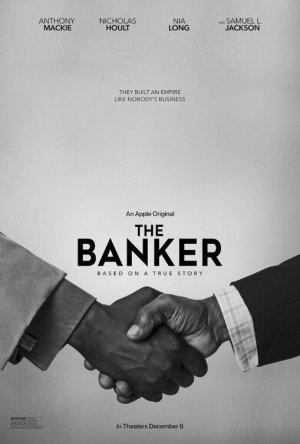 The photo of a white hand and black hand coming together in a shake is the central focus of the first poster from November. Copy explains “They built an empire like nobody’s business,” a nice bit of double entendre writing that conveys the unusual nature of what the characters accomplished. Notably, this is the first movie whose poster bills it as “An Apple original.”

February’s second poster uses the same kind of stark black and white photography, but this time features Morris and Garrett, both looking dapper in their suits and hats. It reminds people the movie is “Based on true events” but features slightly different copy that reads “Don’t pay the man. Be the man.”

It wasn’t until early November that the first trailer (956,000 views on YouTube) finally came out. The spot introduces us to Garrett as an ambitious businessman who wants to keep growing, expanding into more banking and other services. Limited because of restrictions – both formal and informal – on black-owned businesses at the time, he first enlists Morris’ help with the financing and then that of Steiner to act as the white face of the operation. We see clearly the movie will deal with redlining and other discriminatory practices, all of which are deserving of more general attention.

The website Apple is using to promote the film is pretty bare bones, but the addition of a Common Sense Media rating is a nice touch.

Apple acquired distribution rights to the film in mid-July of last year, making the film part of the lineup for the company’s upcoming (at the time) streaming service. News that the movie would be the closing feature at AFI Fest in November came shortly after Apple gave it a theatrical release date.

Just a day before that AFI Fest screening, Apple abruptly pulled it from the event amidst concerns over sexual abuse allegations involving the son of the real life subject of the story. The movie’s release date was soon delayed as well. Shortly thereafter the cast and crew released a statement clarifying that while they respect the grave nature of the accusations made, they don’t feel the film disrespects that at all and doesn’t touch on that subject matter.

In mid-January Apple finally rescheduled the movie for early March, with a theatrical run followed just two weeks later by its debut on Apple TV+. Almost immediately, though, Garrett’s former wives issued a statement saying the film should be permanently shelved because of what they felt were inaccuracies and elements that are disrespectful to the family.

After those issues were more or less in the past (but still lingering out there), Apple started running paid ads. Online units used elements of the key art, specifically the image of the two leads standing next to each other, while pre-roll ads used a cut down version of the trailer to highlight the stars while lightening up the focus on the story.

Mackie was profiled in a piece that talked about this and other recent roles that allow him to revisit his dramatic chops instead of flying around as a super hero, which is where many people would recognize him. He later stopped by “The Late Show” to talk about the movie as well as his continued Marvel role and upcoming series.

An interview with costar Nia Long to talk about how important it is for stories like this that have slipped through the cracks of the history books to be told.

The cast and crew turned out for a premiere screening at the National Civil Rights Museum in Memphis.

The movie and its campaign seem to have been caught between two lightning rods. On one side is the point raised by Long that stories like this that expose the systemic racism dominating centuries of this country’s history need to be told with more regularity, so it’s an important method to fill in the gaps of what’s covered, especially in popular culture. On the other, because it’s the story of a problematic individual, simply the act of telling that story is going to be fraught.

With that in mind, the campaign has worked more often than it hasn’t, but the controversy obviously caused Apple to pull back some of the effort it has been putting in to recent series releases. Hitting AFI and other events would have allowed the company to make a much bigger splash for its first foray into original movies and raise the profile of the Apple TV+ service that keeps struggling to gain traction.

What remains is a movie that looks like a solid drama featuring a handful of great actors, which is hard to pass up.