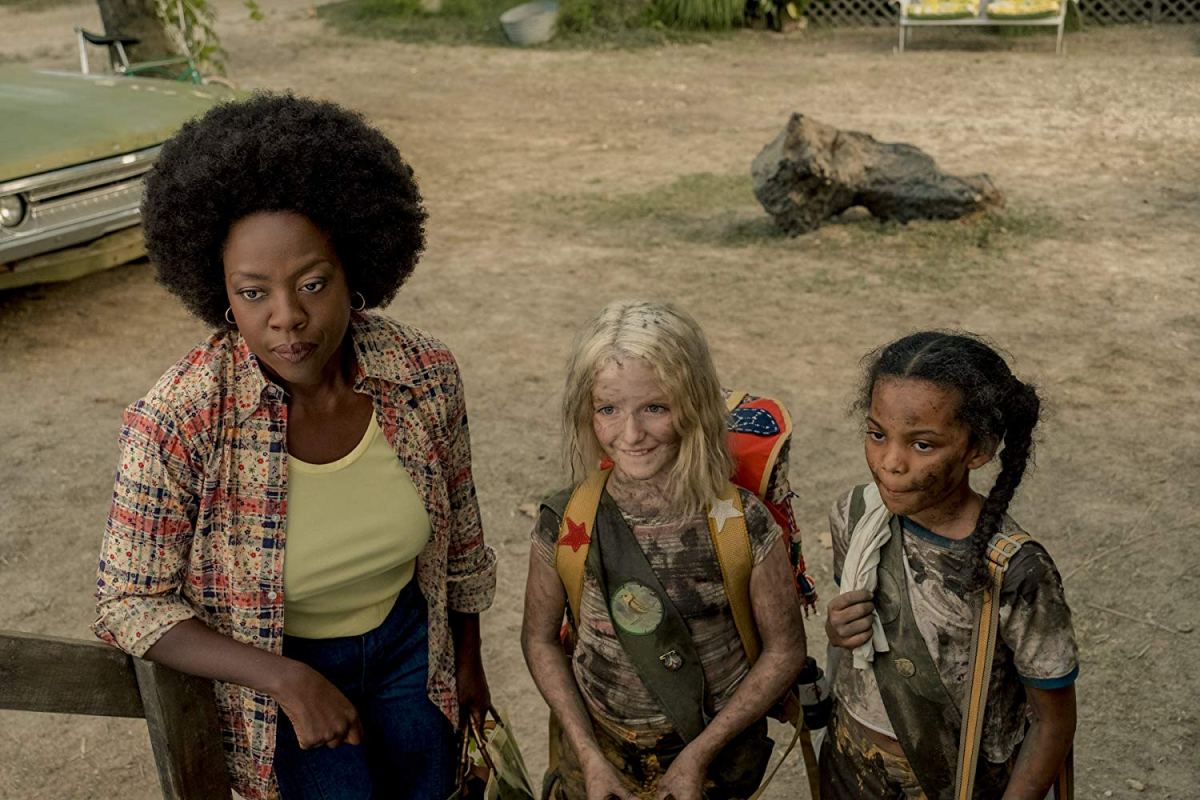 How Amazon Studios is selling a period piece about gender equality and seizing the opportunity to make an intergalactic impression.

Christmas Flint (McKenna Grace) is a young woman with dreams of doing something big in the new movie from Amazon Studios, Troop Zero. Christmas is a girl who doesn’t fit in and doesn’t have a lot of friends, so joining the Birdie Scouts (roughly the Girl Scouts) seems like an unusual step for her. Despite that, she aspires to do so because she’s learned one group will be chosen to record a message on the Golden Record being shot into space with the next probe.

When she finds the group is less than welcoming to her, she decides to form her own troop and enlists misfits like her to make a play at the competition. In doing so she finally makes some important and lasting friendships while also showing everyone who’s doubted that she – and girls in general – can do anything they want.

The movie has been sold with a simple but charming campaign that highlights the 70s-setting of the story and the quirky nature of the main characters. 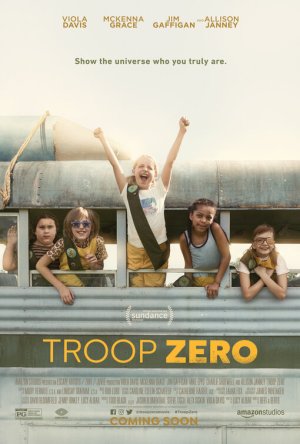 The first poster (by marketing agency cold open) came out out in January of last year, just as the movie was screening at Sundance. It doesn’t show much but manages to convey a lot, offering a picture of a bunch of girls in scouting uniforms leaning out the windows of an old bus, clearly on their way to some sort of camping or other getaway. “Show the universe who you truly are” reads the copy at the top.

The second poster (by marketing agency LA) shows most of the main characters strolling down a wooded nature path toward the camera. It uses the same tagline and offers a better look at the overall film, but the placement of the people on the path is so obviously artificial, with the scale clearly off between them and the trees they’re walking past.

Christmas is an unusual girl, we see in December’s first trailer (3.8 million views on YouTube), one who dreams of outer space and worries the adults around her. When she finds out members of a local scout troop might have their voices recorded on a record being launched by NASA on an upcoming mission, she decides to join up but finds the other girls aren’t exactly welcoming. So she recruits other local misfits to create their own troop, getting into plenty of hijinks while upending social norms of the late 70s.

After a successful debut at last year’s Sundance Film Festival, Amazon acquired the film’s distribution rights. It wasn’t until November that it was given a January release date on Amazon Prime, part of the company’s shift away from substantial theatrical releases.

A featurette came out December that had the filmmakers – including directing team Bert & Bertie – and members of the cast talking about the story and what its message is.

Amazon brought a movie-themed float to the Rose Parade earlier this month, with the cast and crew speaking to the volunteers that helped build the float and more.

The studio partnered with a New York City craft studio to sponsor a night where kids could come in and make their own movie-inspired projects.

Advance screenings with key target audiences were held at the MIT Museum, the Smithsonian and other locations.

Everyone turned out for the premiere red carpet earlier this week.

The #TroopZero premiere was out of this world! 👽🚀💫 We had a blast with all of our fellow Birdies & are so excited for the world to see the film. Be sure to stream THIS FRIDAY, only on @PrimeVideo! 🌟 pic.twitter.com/gCJtT0VP1l

A first look still from the movie was released at the same time it was announced it would be screening at the 2019 Sundance Film Festival.

Davis spoke about how this was an unusual kind of role for her while the movie was appearing at the Sundance Film Festival earlier this year. Grace was interviewed and commented on how it was important for kids to know they can be weird, which is good. The movie’s directors spoke about the gender-balanced crew they put together as well as other aspects of production. Gaffigan was also interviewed about how this was one of a few films he was in that were screening at Sundance.

Davis, Gaffigan, Allison Janney, Grace and others made the media rounds in the last couple weeks, stopping by various morning and late night talk shows.

There’s almost nothing controversial or questionable in the campaign, which is nice to see. Instead, what’s being presented here is a movie that is pleasantly nostalgic and inspiring in a comfortable, familiar way. It’s the blanket you find at the back of your closet that is just perfect for cold, rainy days of watching your favorite movie.

Whether or not that translates to genuine audience interest remains to be seen. Amazon knows that, which is why the movie is one of their first releases to go straight to Prime Video instead of getting a theatrical release window. It’s not that the studio doesn’t have faith in the feature per se, it’s just that it apparently realizes it can’t realistically compete with this week’s other major releases.

A number of featurettes have been released by Amazon in the immediate wake of the movie hitting streaming. Those included a focus on the making of the film, how it encourages empowerment, the dynamic between the two leads and more on the gold record that forms the crux of the story.

There were also clips of the scouts selling cookies and the characters offering good old fashioned southern advice.

Viola Davis was interviewed about how personal the story of the movie was to her. 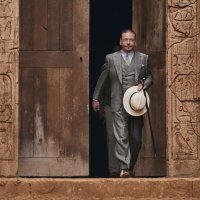