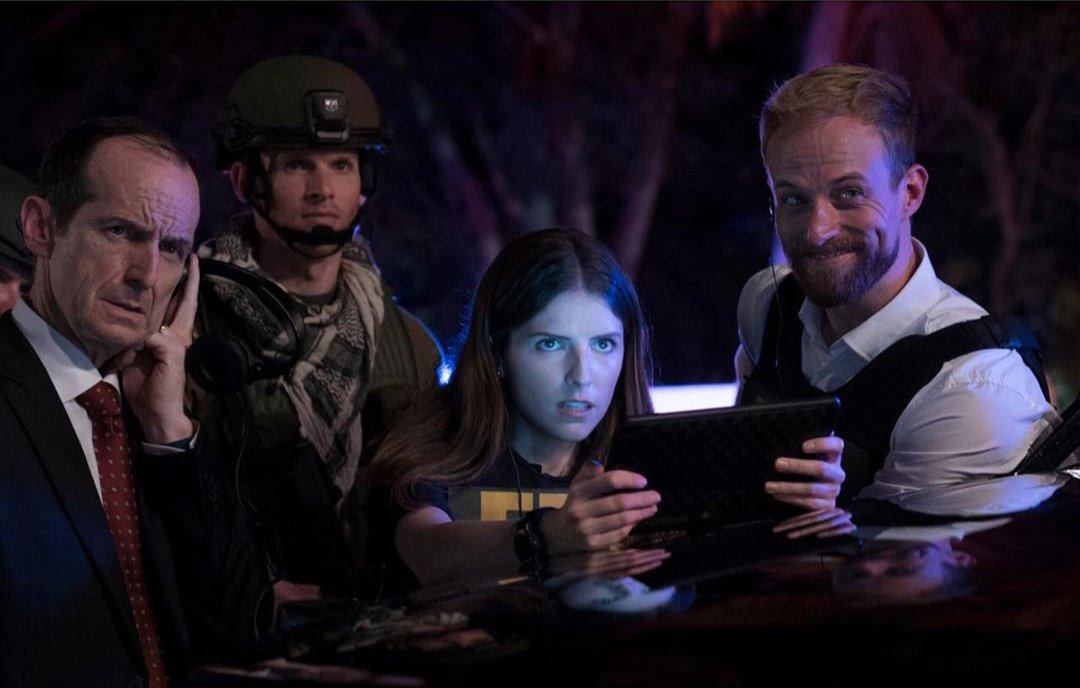 Law enforcement does not come off well in a satire about the age of terrorism.

Anna Kendrick is FBI Agent Kendra Glack in the new film The Day Shall Come. Glack is relatively junior in the bureau, and doesn’t have the kind of experience or personal weight to throw around her superiors do. So she doesn’t have much ability to push back when those superiors put her in the middle of a crazy scheme.

Specifically, the FBI gets involved in the case of a Miami preacher named Moses (Marchánt Davis), a loner with a bunch of off-the-wall ideas and who’s only dangerous to the people he’s blocking on the sidewalk. When the FBI is in need of someone to prop up as a dangerous would-be terrorist, they start financing Moses’ activities and spreading manufactured stories about the threat he poses. Those efforts go well enough that Moses begins being seen by others as a serious case, but the bureau just can’t stop tripping over its own feet as they continually need to change reality to meet their narrative.

The movie, from Four Lions director Christopher Morris, has been well received to date with an 81% on Rotten Tomatoes, but hasn’t received an extensive campaign.

The poster, released in August, touts Morris’ past as the director of Four Lions while showing Moses standing in front of a city skyline looking like the slightly ridiculous person he is while the FBI logo looms in the background and helicopters circle around him. It’s presented as “A comedy based on a hundred true stories.”

In August the first trailer (27,000 views on YouTube) was finally released, showing Moses as a small-time preacher with delusions of grandeur regarding his importance or influence. Those at the FBI may not see him as an actual threat but they do see him as an opportunity to tout his arrest as a victory in the War on Terror. To do that they have to make some of his dreams come true, so they have to help him, but everyone’s ineptitude gets all scrambled up to the point of actually becoming dangerous.

IFC Films put the marketing materials up on its page for the movie, but that’s about it.

The movie’s SXSW 2019 debut was relatively well-received, but it was June before IFC Films acquired distribution rights.

Two clips came out earlier in the week of release, one showing the FBI twisting itself into rhetorical pretzels around the fake nuclear emergency it needs to declare, and one with Moses telling Nazis that ISIS gave him nuclear devices.

Kendrick appeared on “Late Night” earlier this week to talk about the movie and be charming. That appears to be the extent of the pre-release publicity, though, as there don’t seem to be any other major interviews or profiles.

The movie might be able to ride that positive festival buzz to a decent opening weekend and eventual total box office take, but the campaign put together by IFC hasn’t been designed to help it very much. With little to no press at the moment and not much other activity to help keep it at the top of anyone’s mind, there’s a risk it simply falls below the radar as people choose something on streaming or just wait for the bigger releases coming in the next few weeks.

It’s a shame, because we could use a little more satire like this in the world.

Morris spoke more here about the various sources of inspiration he drew from to create the story.