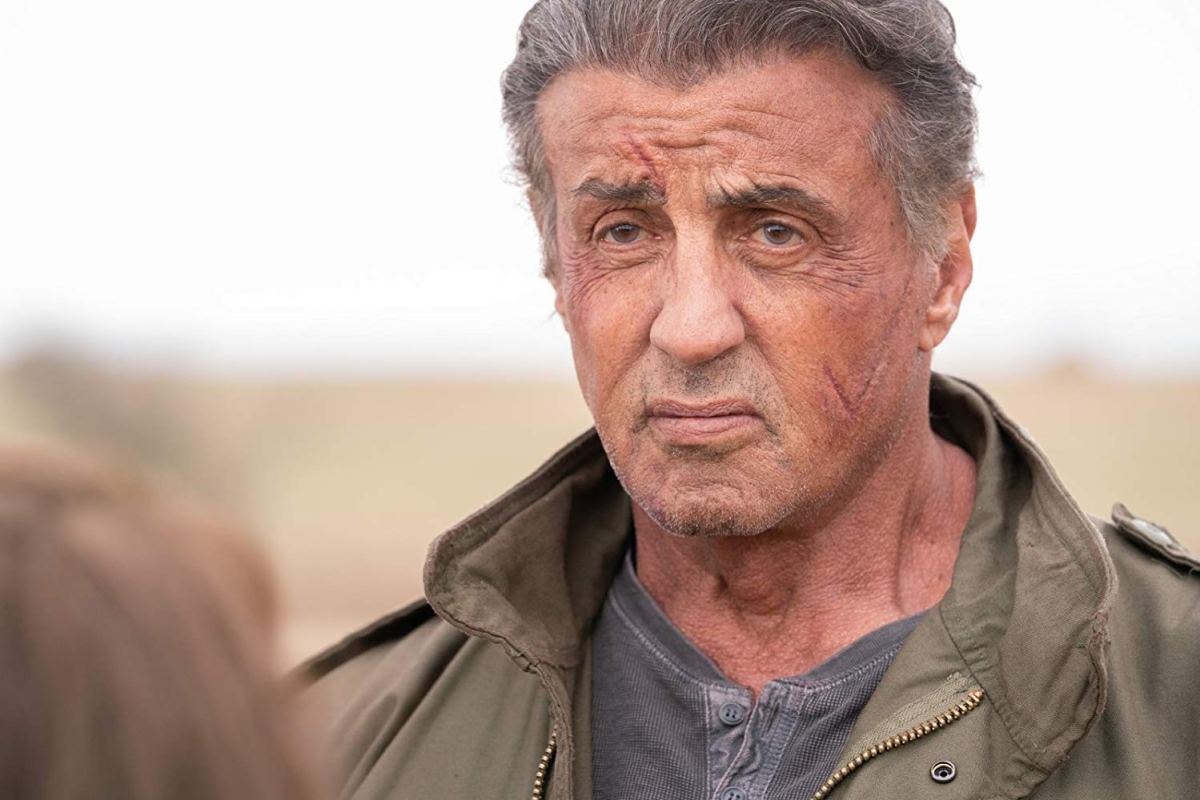 The embodiment of Reagan-era military machismo returns, but what’s the message 37 years after his debut? 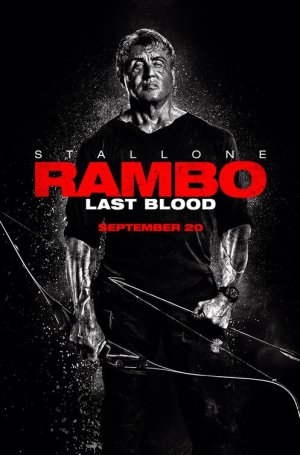 Rambo: Last Blood is an obvious play on First Blood, the title of the 1982 of grizzled and dangerous Vietnam Vet John Rambo (Sylvester Stallone). It implies that this is the end cap of a story that to date has included four movies, the last one coming out in 2008.

This time around John Rambo (Stallone) is a decade into the kind of peaceful retirement that seemed to elude him. Rambo is living on his family’s farm and trying to avoid violence. When his niece Gabrielle (Yvette Monreal) is kidnapped and attacked by members of a drug cartel while visiting Mexico, he goes after her but finds she’s already dead. The gang follows Rambo back to the states, but find fighting him on his own turf gives him a decided advantage.

Lionsgate is likely hoping the $24 million opening weekend predicted by early tracking is conservative. The studio’s campaign, though, is designed more to evoke nostalgia for an era that is long past and largely ignores a story that seems slightly cringe-worthy. 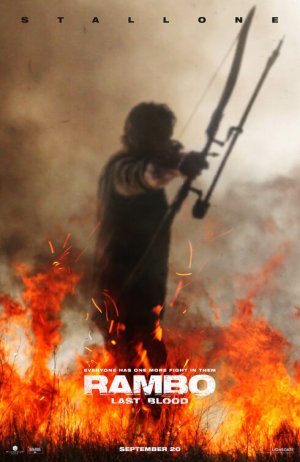 A blurry Rambo is shown on the first poster (by marketing agency LA) from late May, obscured by the smoke rising from a line of flames in the foreground but clearly taking aim at something with his signature bow and arrow. It’s a solid opening statement for the movie.

The second poster, released in early August, makes things more explicit with a grainy black and white photo of Rambo looking grim and determined while clutching his trusty bow and arrow.

Rambo is seemingly retired and living a solitary life on his farm as the first teaser trailer (19.7 million views on YouTube) opens. He wants to remain on his own but is also ready for the day his past comes to haunt him again. That day finally comes and he sets about raining death and destruction down on those who are out to get him. There’s no story details offered here about who it is that’s after him or why they’ve targeted him, it’s just Rambo doing what he does best.

A second short trailer (5.9 million views on YouTube) was released in August that starts out by showing why he’s returned to the violence he thought he’d left behind: An attack on his niece by some local thugs. From there on out it’s all about Rambo setting the traps that will be used against the men coming to attack him, much of which is interspersed with footage from the first movies to show the parallels between the stories.

Nothing of real note on the ticket-centric official website for the movie.

In early May Stallone announced he would bring a preview of this movie to the Cannes Film Festival while also planning to screen a newly restored version of the original that kicked off the series.

A very strange video was released by Lionsgate in late August that was so tonally different from the rest of the campaign it seems the people who created it weren’t even aware something new was coming out. “Rambo’s Greatest Hits” is presented like a TV commercial for a band’s greatest hits, promising to collect all the best violence from the previous films in one place and giving each sequence a funny, song-like title. It ends with the promise of more to come in the new movie.

Alamo Drafthouse announced in September it would screen all the Rambo movies to date in theaters around the country, culminating in the new film being shown.

TV spots began running in early September that sold the movie as Rambo’s last violent outing, the latest in a lifetime of action. These commercials liberally sprinkled in footage from the earlier films to remind audiences of the characters legacy, promising to live up to those standards.

The studio held press events in Mexico and the U.S., and early screenings were held for select audiences – including the Texas A&M Football team – to try and start building some buzz.

Lionsgate, along with the City of Los Angeles, declared September 18th – this past Wednesday – to be “Rambo Day,” a day for fans to share their love of the Rambo franchise as a whole. People who posted pictures and other updates about their Rambo collections or appreciation used #RamboDay on Twitter and elsewhere, with some posts shared by the movie’s official profile.

A short behind the scenes featurette was released just days ago that had Stallone and others talking (vaguely) about the story and where the character of John Rambo is when the movie opens.

Some of the first real news outside of casting came when it was reported Stallone liked some early key art concepts so much he immediately bought it to put on t-shirts and other merchandise.

Closer to release, Stallone was interviewed about why he chose to revive a character that has lain dormant for over a decade and was unseen for 20 years prior to that. He used a line that is seen throughout the campaign, that “the warrior can never find peace.” It’s an interesting concept, one that is more than a little nihilistic in its worldview, as if once you go to war you’re haunted by real, physical violence for the rest of your life.

A lot of my feelings about this campaign are summed up by Mike Ryan, who said:

RAMBO LAST BLOOD … like, why? Why not make one last fun Rambo action movie? No, instead we get Rambo’s young niece being kidnapped, drugged, tortured and raped by a cartel. Who is this for?

That’s been my thought throughout the campaign: What’s the point here? What is it that is new and interesting that can be communicated through the persona of John Rambo and what commentary can be offered on the world of 2019 as a result?

The answer seems to be “nothing.” Instead of anything that’s relevant to today’s world, the marketing promises only more violence in service of a story focused on a man seeking revenge when a woman in his life is harmed. That’s a wholly unoriginal take, one that is so common it warrants its own snigglet. In an era where black filmmakers are telling stories of urban gentrification, women directors are focusing on the exploitation of sex workers and so on, toxic, hate-filled, violent masculinity seems massively dated and out of touch.

Then again, it could be seen as a response to Hollywood’s supposed hatred of men.

Aside from all that, I’m not sure I’ve seen a campaign recently filled with so little self-awareness. Not only does half the marketing ignore the new movie in favor of showing footage or images from one of the previous four, but it plays as a parody of itself and the genre the original Rambo helped define. While it started off incredibly seriously, the “Greatest Hits” and “Rambo Day” videos seem to be selling a Hot Shots!-like spoof.

As a whole the campaign is so over the top it’s hard to imagine the movie achieving a box office victory this weekend. Stallone may be driven to revisit the classic characters of his past, but the years of pining for Oscar glory appear to be behind him as daylight fades. He’s mentioned interest in a sequel should this film succeed, so it likely ends on a cliffhanger. Lionsgate should hope it has an escape plan for when it tanks, in no small part because of a campaign that’s expendable in every way.

Despite Stallone’s earlier comments about the potential for another movie later on, director Gruberg was interviewed about helming the final chapter in the story.

A report shows how a desperate publicist emailed suggested pull quotes to critics in the hopes of generating some positive word of mouth started. 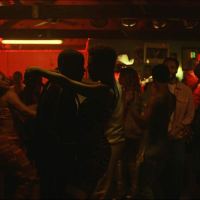 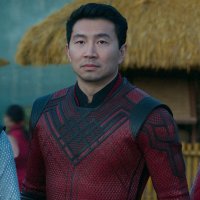 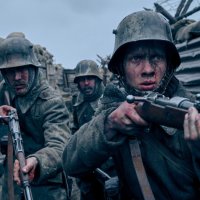 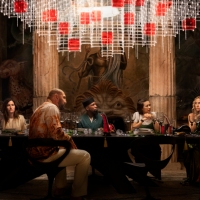