This week’s new release Ready Or Not has a familiar premise: Grace (Samara Weaving) is about to marry Alex (Mark O’Brien), whose family is incredibly rich and powerful, having made their fortune selling games. As is the case in many stories, the members of the Le Domas family have concerns Grace is only marrying Alex because of his money.

With that in mind, the family has the tradition of playing a game whenever someone new joins the family. In this case the game is Hide and Seek, which sounds innocent enough. What Grace finds, though, is that this version involves her being hunted in the massive Le Domas mansion. If she survives the night, she is deemed worthy.

The studio has run a campaign that’s heavy on shocks and laughs to try and bring in an audience looking for something original as the summer winds down.

Grace looks ready for action in her bridal gown on the poster, with the members of the family she’s marrying into arrayed around her similarly armed and apparently very hostile and dangerous. The mansion where the action takes place is burning in the background, setting the location of the action while also promising things are going to take a very nasty turn. It’s a dark image but it matches the tone of the trailer.

Things seem fine, if awkward, at the opening of the trailer. Grace is about to marry into Alex’s extremely wealthy family. After the ceremony she finds there’s one more hurdle to clear, she has to play a game of the family’s choosing, a kind of rite of passage. Only this game of Hide & Seek has her hiding from her new in-laws as they chase her around a massive estate with weapons, promising she’ll be welcomed if she manages to stay alive. Seems there’s some sort of ritual she’s meant to be a part of, and the chase is filled with accidental shootings, bloody revenge and more as the movie is shown to be a dark, violent comey.

Unlike many recent movies, Searchlight’s website features a nice design and some unique features. Click on any of the names in the “Cast” section and you get a short video of the character they play interacting with Grace in some manner. Brief information on the “Filmmakers” is available along with a “Story” synopsis, the red-band trailer and links to the social profiles for the film.

Weaving and the filmmakers brought the movie to Fantasia Fest in late July to reach those fans.

In early August the first clip was released showing an extended look at the scene where the game being played that night is chosen. A second has Grace being found by Daniel but being given a head start by him.

The Midsummer Scream event in Long Beach, CA included a movie-themed “experience” that attendees – largely horror fans – could be part of.

NCM’s Noovie Backlot got an exclusive spot showing Grace being told the rules of the game and realizing there may be more going on here than she initially thought.

A featurette released shortly after that offered a bit of insight into the story while focusing on the wedding dress that Grace wears throughout the movie. Another featurette had Weaving lounging on a couch while explaining the movie’s story, from Grace meeting Alex to the terrible night she endures. The craziness of the movie is shared in another video that includes a focus on Radio Silence, the group that includes the producers and director while Weaving offers tips on wedding dress maintenance in another.

Commercials like this positioned the movie as one of the most shocking things audiences could choose at the tail end of summer, showing it to be filled with bloody and outrageous chases and characters. Others ran a little longer and showed more of the backstory but still ended by selling a movie designed to make audiences gasp in astonishment.

The cast and crew assembled for the movie’s premiere, which featured plenty of marketing branding. That event seemed to include some sort of movie-themed party including creepy waitresses serving drinks and boxes from the games created by the movie’s family out on tables.

There seems to have been a concerted effort – visible if you scroll through Twitter updates using #ReadyOrNotMovie – to reach #Earpers, or fans of the show “Wynnona Earp.” That’s because Melanie Scrofano, the star of that show, is also part of the Le Domas family in the film.

Press activity for the film didn’t really seem to get started until the last few weeks before release. That included a brief profile of Weaving, interviews with the directors and costar Adam Brody. They, along with Andie McDowell and others, also made appearances on various talk shows in recent weeks.

I previously took issue with the idea that this movie has received none of the scrutiny directed toward The Hunt, despite how the two share a “people hunting other people for sport” premise. While reviews have labeled Ready Or Not as being a sadistically fun and engaging horror comedy, the fact is that the two films don’t appear substantively different based on their marketing campaigns. That this one is being reviewed at all shows the importance of judging the final product before calling for boycotts or passing judgement.

That issue aside, the campaign does look like it’s selling a fast-paced good time at the theater. Weaving is really a standout here, bringing significant charisma to not only the clips of the movie that are used but the various featurettes that show more of the story’s sense of humor. It shows that horror – including the more comedic areas of the genre – is among the last bastions of truly original storytelling in modern film.

Another fun video with Weaving that had her investigating a mysterious “cursed” box.

The actress spoke about the film and her uncanny resemblance to Margot Robbie here and her experiences filming – including injuring her costars – here. She was interviewed along with MacDowell here about the shocking, outrageous story. 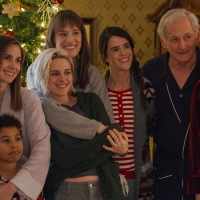 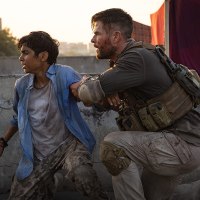 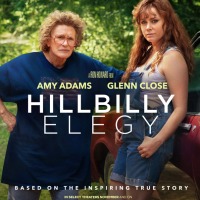