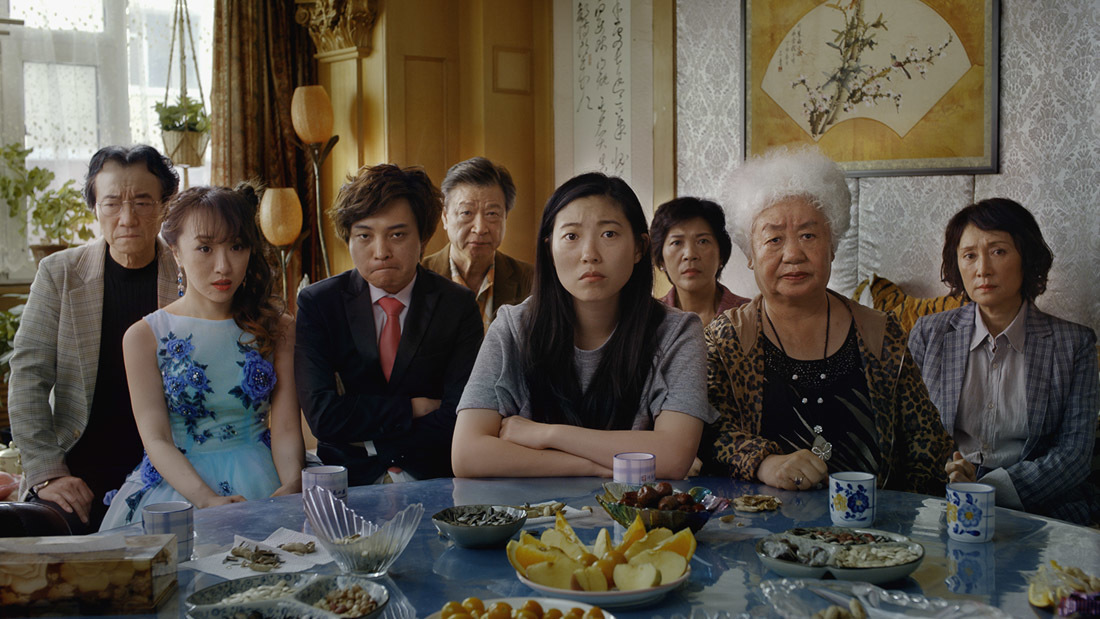 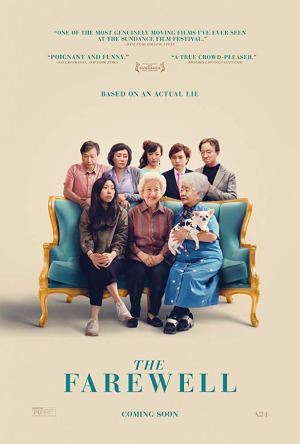 Family drama is at the heart of the story in the new movie The Farewell. Akwafina stars as Billi, a young woman who’s part of a big Chinese family. She’s independent and headstrong and doesn’t always agree with the decisions the rest of her family make.

That becomes an issue when she finds out her grandmother, who still lives in China, is sick and dying. But Nai Nai isn’t aware her time is short and the rest of the family wants to keep it that way. Billi disagrees with this but goes along while traveling across the Pacific to spend a bit more time with her.

The whole family is posed for a portrait on the first poster, everyone looking a bit down and depressed except for Nai Nai who still looks upbeat and as if she’s just happy to be surrounded by everyone. Copy at the top, echoed in the trailer, promises audiences the movie is “Based on a true lie.”

Billi finds out her grandmother is dying just as the trailer, released in early May, opens. Her parents don’t want her to find out, but Billi wants to travel to China to see the old woman before she passes under the pretext of simply visiting family. She reluctantly goes along with keeping the secret, eventually coming to understand that revealing the truth would do more harm than good in a society that values the collective whole not the individual.

The page A24 has for the movie on its site has minimal information, including the trailer, poster and a synopsis. There are also links to the Facebook, Twitter and Instagram profiles.

Nothing I’ve seen, but I’d be willing to bet there have been at least some online ads run.

The movie’s premiere at Sundance had much of the cast and crew in attendance, allowing Awkwafina a chance to talk about the generic version of the story the studio seemed to prefer as well as how she never expected to be offered a dramatic role like this. A24 quickly stepped in to purchase distribution rights.

An interview with Wang allowed her to talk about the process of making the movie from start to finish. Awkwafina also addressed her expanding into drama from the comedy she’s usually known for.

While walking the red carpet at the premiere, Awkwafina spoke about how she hopes the movie continues breaking down cultural barriers by focusing more on what’s universal for everyone instead of what’s different.

How this movie continues the momentum started by Crazy Rich Asians was the subject of this feature, including how those involved are committed to adding more Asian American stories to Hollywood’s output. Also covered was the journey the story took from Wang’s own life to the big screen and how she and others worked to make sure it remained authentic. She also spoke about the way she wanted to go against the grain of Hollywood’s standard operating procedure. That interview also included how she opted to take a theatrical release deal even though a streaming service offered her more money.

Zhao Shuzhen, who plays Nai Nai, got profiles like this in the immediate lead up to release.

In keeping with the movie’s story, A24 hosted a fake Chinese wedding outside the New York theater that hosted the premiere there.

The evolution of Awkwafina into a dramatic actress was covered by many stories similar to this one that allowed her to talk about how intimidated she was by the prospect.

There’s so much here that’s charming and funny. The focus on Awkwafina is understandable but it’s how the publicity campaign also includes hefty helpings of Wang that really makes a difference to me. It’s one thing to talk about how inclusiveness is improving in front of the camera, but having that happen behind the scenes as well is just as much a game changer, if not more so.

That campaign is selling a story that’s very specific but also largely universal, that we sometimes do things in someone’s best interest that may seem a bit morally questionable. It might be a bit small scale, which makes some amount of sense, but it’s alright and I hope there will be more of it in the coming weeks as the movie expands beyond its limited initial release.

There have been more interviews with Wang on the concept of being an American, the trick in telling stories about a lie and how she tried to keep the tone very human and relatable.

Awkwafina also kept going, appearing on “The Late Show” and being the subject of an interview with her real life grandmother. She also talked about her drive to be part of this movie.

Another round of interviews with Wang like this and this hit weeks after the movie was released to continue generating conversations around the movie.