You can read my full recap of the marketing for Pokemon: Detective Pikachu at The Hollywood Reporter.

There’s little actual information on the movie’s website, which is focused around encouraging fans to explore the theatrical poster for clues and characters. It clearly signals who the target audience for the movie is by offering a prompt to follow the official Instagram profile for additional updates but not mentioning or linking to any other social network.

Director Rob Letterman spoke about how some of the scenes in the movie were influenced by older movies and what he wanted to bring to this story.

That same night Reynolds appeared on “The Tonight Show” to engage in various stunts with Jimmy Fallon and promote the movie.

EW ran a jokey, too-clever “interview” with Pikachu himself.

Letterman felt compelled to comment on the widely-derided look of Sonic in that character’s own upcoming movie. More relevant where his insights into how he and others decided which Pokemon were essential for the story, just like the writers did. There were also profiles of the design team and how they created the look of Pikachu and the other characters. 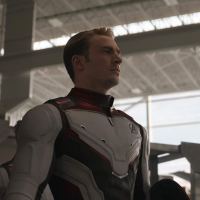