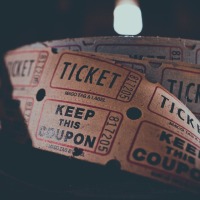 Movie theaters bounced back in 2018, the story goes, lifted up by a slate of films that people wanted to see on the big screen. That was partly because the movies released by studios were big spectacles that were unique experiences, in addition to featuring more diverse casts than has been seen in recent years. Despite problems facing the industry, NATO and its members are feeling hopeful about 2019 it seems.

But let’s pull out one bit from that Brent Lang/Rebecca Rubin story at Variety that shows how tenuous the perch theaters are sitting on is:

As the cost of making movies rises, the major chains have continued to invest in improving their amenities. Recliner seats, reserved ticketing, and alcoholic beverages have become more ubiquitous as theaters have scrambled to find ways to differentiate cinemas from home entertainment platforms.

Innovating the theater-going experience to differentiate it from what is available at home has been a long tradition in the industry. The introduction of 3D, Cinemascope and more in the 1950s was driven by the need for theaters to offer people a bigger picture than what they could get on the small, boxey television sets that were becoming more and more ubiquitous in living rooms across America. And in the last two decades as home theaters have become less expensive and higher in quality theater owners added those recliner seats and introduced even more prestige formats, as well as trying to combine going to the movies with a night out, introducing all those food and beverage options, believing the standard soda/popcorn/candy offerings were staid and outdated.

Concessions, as we’ve long known, are where theaters make money. The margins on food sales are somewhere around 80 percent, while theaters send 60 percent or more of ticket sales to studios. Disney in particular is using its market dominance to demand higher percentages and longer guaranteed runs of the blockbusters it releases simply because it knows it can.

That means theaters are, and will continue to be, vulnerable to the same kinds of market forces restaurants are. And that doesn’t bode well considering what’s happening in that industry.

As noted by Ad Age, restaurants are being pressured by:

All those recently-introduced food options on theater menus are getting more expensive, costs that will be passed along to the consumer at some point lest they eat into company profits and shareholder value. Eventually all but the wealthiest members of the audience will be priced out of buying any food at the theater, particularly as inflation eats into the value of worker wages and people simply decide not to go out for entertainment at all, or cut back significantly.

At the same time, it’s likely chains will keep finding ways to cut back on labor costs. More and more theaters have introduced self-service kiosks for ticket sales, reducing or eliminating the traditional box office. Those kiosks, combined with online/mobile ticket purchasing (including subscription ticket programs), allow for easier selection of reserved seats and requires only a scanner checkpoint at the theater itself. There’s already a widespread lack of workers willing to take low-wage positions in the service industry, so theater owners will use that in combination with consumer trends in general to justify eliminating positions held for decades by teenagers looking for part-time jobs.

Just as theaters are subject to the same market forces impacting the retail industry as a whole, they are going to face the same headwinds restaurants face. They are an out-of-home entertainment experience, one that gets more expensive every year. As ticket sales fall or remain stagnant, which they have for years, they are more and more reliant on the success of their food and concessions revenue stream, one that could be pinched in the year ahead and beyond.