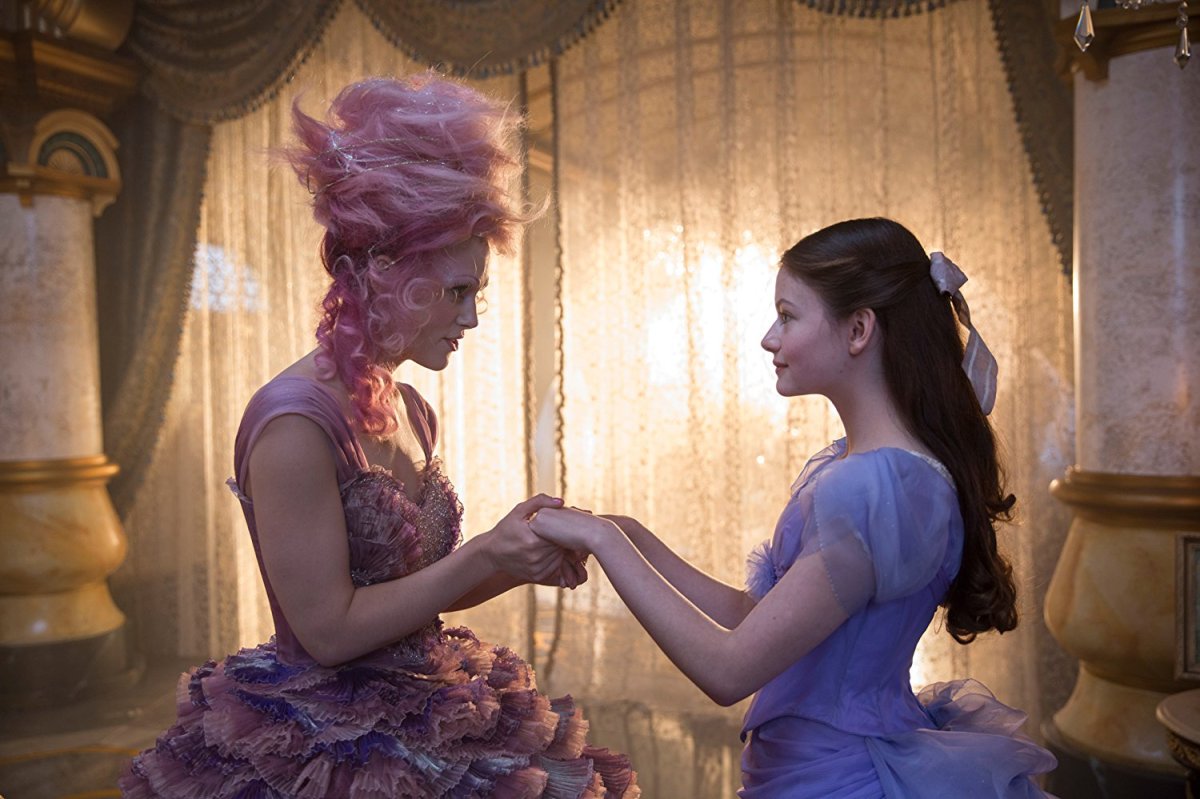 It’s not shocking to anyone that Hollywood increasingly bases its decision making not on finding the most original and interesting projects but on those that will have the most audience recognition from the moment they’re announced. So someone’s pitch for a movie about a team of highly-skilled female secret agents might not get the writer a meeting, but slap the Charlie’s Angels label on it and it’s a go before someone walks in the door.

To date, studios have relied on more than a little nostalgia to help sell these movies to the public. “Here’s something you loved 20/30/40 years ago, slightly repackaged but still recognizable” is a key message of many campaigns for various reboots, relaunches and legacy sequels. The audience is being sold not a new experience, but the ability to relive an old one.

Two upcoming movies seem to reflect how the appeal to nostalgia and memory may be running out of steam, even if Hollywood’s reliance on legacy properties and well-known entertainment brands isn’t.

The first example comes out next week in the form of The Nutcracker and the Four Realms. The movie is yet another adaptation of the story that dates back to 1816, first appearing as the short story “The Nutcracker and the Mouse King” but which is most well known as a Tchaikovsky ballet. In the movie, Mackenzie Foy plays Clara, a young woman who discovers she holds the key to the fates of magical realms filled with armies of mice and other fantastic inhabitants.

Disney has worked hard to sell the movie as an epic adventure, with a particular emphasis on the detail of the sets and costumes meant to capture the audience’s imagination. Featurettes like this released by the studio also include the cast and crew making it clear, as star Kiera Knightly says, “This is a version of The Nutcracker that’s not the ballet.”

Second is Lionsgate’s upcoming Robin Hood. In the movie Taron Egerton plays the title character and Jamie Foxx Little John, who mentors Robin as he sets out to fight the corruption he finds has infested his homeland while he was away fighting in the Crusades. Primary in his crosshairs is the Sheriff of Nottingham, played by Ben Mendelsohn.

The whole campaign to date has played like a promo for an extended episode of “Arrow” and seems very much in the same stylistic vein as movies like King Arthur and Sherlock Holmes, turning a character from classic literature into a superhero. A “sizzle reel” for the movie has Egerton and Foxx sharing behind the scenes footage while also promising this is a version of the story that’s new and different from what you’ve seen before.

This approach – overtly selling something as immediately recognizable and familiar while also promising something new and unique – seems to be born of the same impulse that has given us new versions of “Roseanne” (now “The Conners”), “Fuiller House” and countless other shows on the small screen, as well as a rotating series of actors playing The Colonel in ads for KFC. Audiences want something that’s wholly theirs but which also hearkens back to a time when we didn’t have the crushing emotional burden that is social media.

If that’s really the case, though, why did legacy sequels like Independence Day: Resurgence and Zoolander 2 bomb at the box-office? It’s likely because they didn’t offer much outside of a return to what once was. ID2’s campaign sold the same movie that came out in 1994, just without Will Smith’s charm and a year before the internet developed a powerful thirst for Jeff Goldblum. Zoolander 2 also didn’t offer a substantially different experience for audiences, just more of the same antics we’d seen 15 years prior.

In that way, both Robin Hood and The Nutcracker and the Four Realms do offer something unique, even discounting the overt statements about how these are different takes on familiar stories.

The Nutcracker is less “dancing mice and sugar plum fairies” than it is “The Hunger Games with magical doorways.” Throughout the campaign we hear from various characters about how special Clara is and how she alone can save the whole of reality, averting a war and bringing an end to the malevolent plans set in motion by an evil force.

Similarly. Robin Hood has leaned in to the idea of Robin of Locksley being, in the modern parlance, a social justice warrior. This isn’t the swashbuckling adventurer of Errol Flynn, nor is it the sullen warrior out to avenge his family of Kevin Costner.

That simply conveying those messages through scenes from the movies wasn’t enough says something about how much Hollywood trusts its audience to catch subtleties in storytelling in a media environment where people are bombarded by messages of all kinds and in all forms at all times. Those featurettes don’t have nearly the YouTube view counts as the trailers, but the point has still been conveyed to some in the audience. It’s also been seeded into the media in the hope it becomes part of the narrative around each movie, increasing its spread.

This isn’t exactly a new approach, of course. Filmmakers and studios have long sold new adaptations of classic stories as their own “reimagining” of earlier versions. But in these two cases there’s also a distinct attempt being made to promise the audience something both familiar and brand new, something that promises the warm rush of nostalgia while also offering something that can belong to them and them alone, apart from what’s come before.