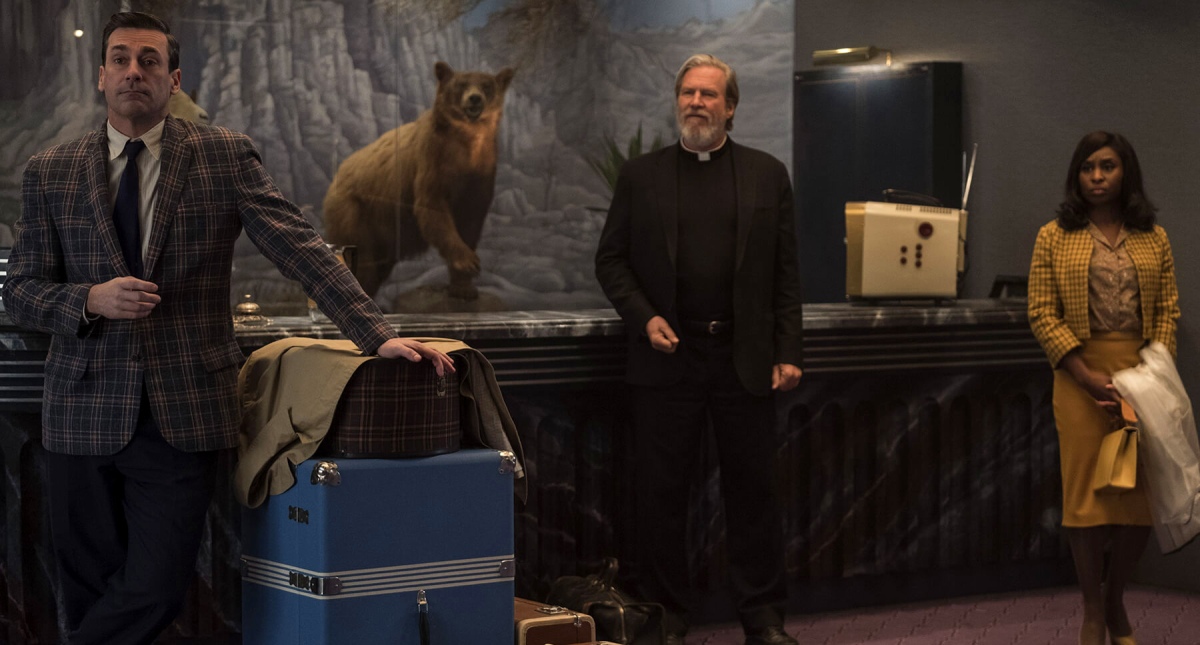 Bad Time at the El Royale, the new movie from writer/director Drew Goddard, appears to very much be my jam. That’s because, as I state in my Hollywood Reporter-hosted recap of the film’s marketing, it looks like a throwback to the kind of ensemble thrillers that were vervasive in the early and mid-90s, when I was cutting my cinematic teeth.

The movie’s website is primarily interested in selling you tickets, but it also has a collection of trailers and other “Videos” as well as a synopsis and gallery of images. At the bottom of the page are links to the movie’s Twitter, Facebook and Instagram profiles.

The movie was one of those Fox showed off to exhibitors and press at the annual CinemaCon conference. Goddard offered a few comments alongside a first look photo.

There was an extensive profile of Hemsworth in mid-August that featured the actor not only talking about this film but also his career to date, which generated quite a number of headlines. Costar Cynthia Erivo also spoke about how this marked one of a couple film projects she had coming out this fall and how she’s making the shift from the theater stage to more film roles.

It later was scheduled for the Rome Film Festival. There was also a new focus in the publicity on Erivo, who was also being noticed in a couple other current and upcoming movies.

Goddard, as a fairly well-known name in the industry, was the subject of a couple interviews where he talked about making what feels like a throwback to 25 years ago, working with the ensemble cast and more.

Goddard talks here about the work he put into assembling the film’s era-appropriate soundtrack and here about getting the affably likable Chris Hemsworth to tap into a dark side.