The marketing for WHITE BOY RICK sells the story of a teenage FBI informant in 1980s Detroit starring Matthew McConaughey. 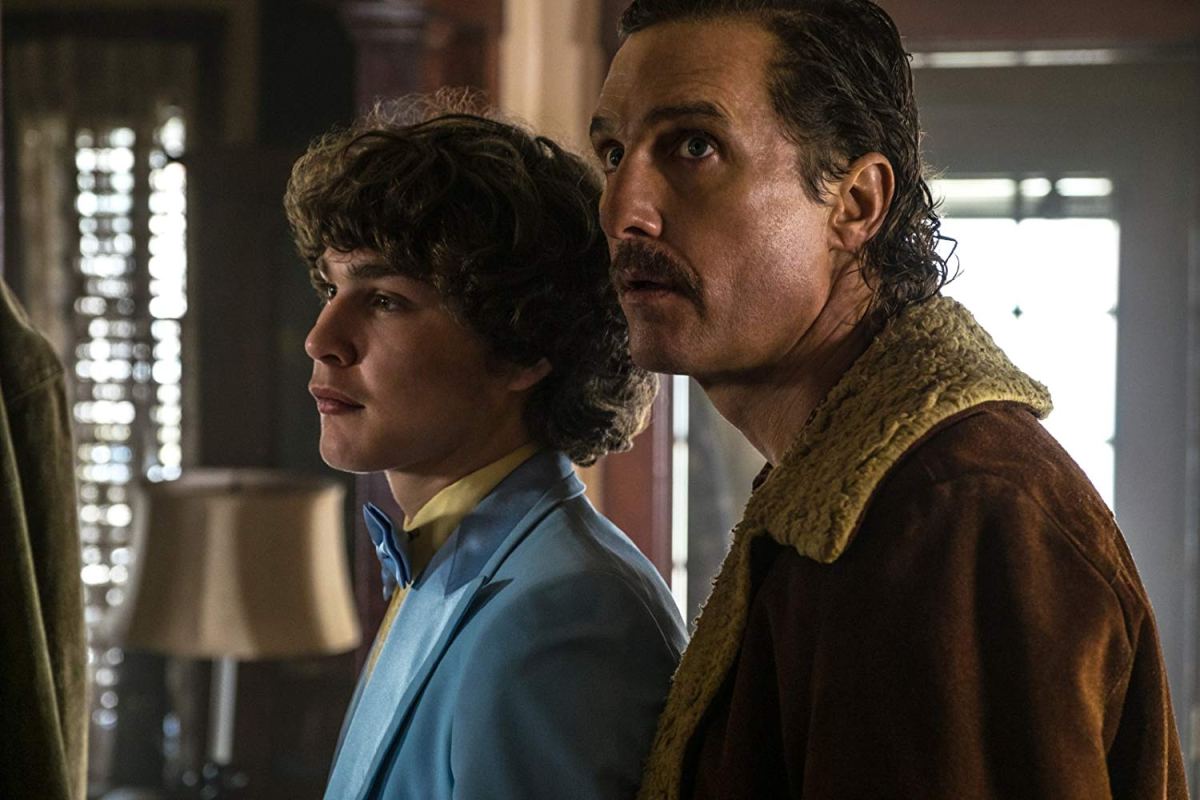 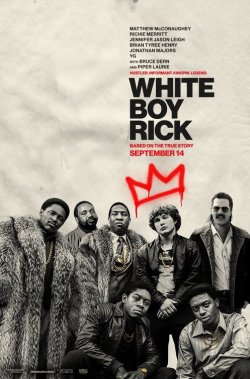 White Boy Rick tells a true story set in 1980s Detroit, when the city was plagued by drugs, violence and drug-fueled violence. Richie Merritt plays Rick Wersche Jr., a young man who gets mixed up in this world, much to the dismay of his father Rick Wersche Sr. (Matthew McConaughey), attracted to the power and glamour.

Ultimately wanting to do the right thing, Ricky Jr. turns informant for the FBI at the age of 14, making him the youngest person to do so in the agency’s history. Unfortunately the bureau turns its back on him when he’s no longer useful and so Ricky Jr. decides to make a living as a drug dealer himself, something that winds up landing him in prison.

There’s an awful lot of copy on all the posters in the campaign, which makes some sense given how outrageous the story seems to be and how difficult it can be to summarize. The first includes a pretty thorough plot synopsis in large type along with a photo of the older Wersche embracing the younger on a Detroit city sidewalk.

The second has the father and son pair waling down a a snowy street, the older man carrying to rifles as if they’re going off to confront enemies of some sort. 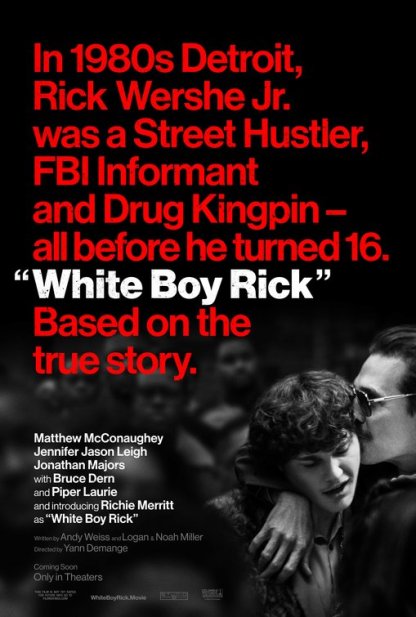 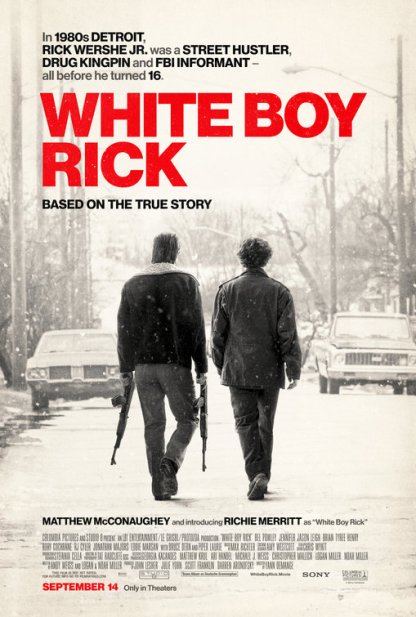 The final poster has both Wersche’s standing amid a group of tough-looking gentlemen, some of them wearing big fur coats and gold chains to signify their power and status. The obviously Photoshopped image has Ricky Sr. looking slightly confused or befuddled about what’s happening, while a spray painted crown hover Ricky Jr.’s head. This is the only one to skip the two-sentence plot description in favor of a tagline that describe’s Jr. by calling him “Hustler. Informant. Kingpin. Legend.”

Rick is introduced in the first trailer as a unique kind of dad, unwilling to leave his native Detroit while also able to take a confrontational but loving approach to his kids and their behavior. His son, we see, is a low-level guns dealer that eventually branches out into drugs despite his father’s harsh view of them. It’s the kid’s story we’re following as we see the younger Rick move up the organization to become a legit player at the same time he’s working as an informant for the Feds.

The twist at the end is presented pretty well after the trailer initially sets the audience up for a story of a young hustler who makes it big. It’s also pretty funny, with lots of lighter moments between McConaughey and Merritt.

Full-screen video is featured on the landing page of the movie’s official website, with copy that reminds the audience this is “based on a true story.” There’s also the button to get tickets and links to the Instagram, Facebook and Twitter profiles setup by the studio.

The menu at the top shows the site has the basic array of standard content, including the trailer, a synopsis and a stills gallery. 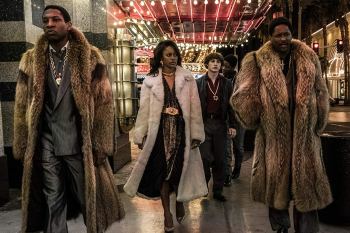 Some online and social advertising was done with the key art as well as the trailer being used for various banners and promoted posts.

An exclusive featurette for Regal Cinemas has McConaughey and others from the cast talking about the story and what it was like to make the movie. Another for AMC Theaters hit some of the same notes.

This movie was just one of two projects related to Wershe, the other being a documentary. The director of that project was out there talking about his film as well as the fictionalized version in the lead up to release. Around that same time McConaughey spoke about researching the story and meeting with the real person he’s playing while director Yann Demange talked about how the movie tried to identify with everyone’s perspective. Both offered similar comments to USA Today when that site debuted the first trailer.

The movie was announced as one of those screening at the Toronto International Film Festival and then at Telluride. Around the time of those appearances a featurette was released with the cast and filmmakers offering some information on the real person and story that serves as the basis of the movie. Those festivals created some positive buzz, including awards speculation for McConaughey.

While at Telluride, the cast and crew participated in a Q&A along with the screening that had them talking about the true story behind the movie. Further conversations with the cast had McConaughey praising his young costar as well as how the movie reflects the reality of poverty in America. He also explained how his character, the older Wersche, was kind of a passive loser, buffeted by the forces around him at the time.

This is a tough sell because it’s hard to position the story as a cautionary one when so many movies glorify the behavior and lifestyle that Ricky Jr. wound up getting put in jail for. What’s interesting to me is that the part about the FBI throwing Ricky Jr. under the bus after he’d done their dirty work for him seems the more compelling angle, but it’s the one that’s largely missing from the campaign. Instead the focus is on Jr.’s rise in the criminal organizations, which seem like an angry white kid wanting to be “hood” despite having a loving father supporting him.

The conversation around the movie never really seemed to take off until it hit Telluride and critics saw it for themselves. Given the tight window between that screening and theatrical release it may not be enough to boost opening weekend, but we’ll see if it can find an audience.

Sony has released a TIFF sizzle reel featuring some of the activities from the festival.

Matthew McConaughey explains how different his role in the movie was for him and how he worked to get into character. And costar Bruce Dern was interviewed about his role and his career. McConaughey also later showed up on “Late Night” to talk about the movie as well as his mom and her Hollywood aspirations.
Sony released a short vignette with interviews and scenes from the cast and movie.