The marketing of Netflix’s NEXT GEN sells a familiar story of a young girl befriending an advanced robot in the future. 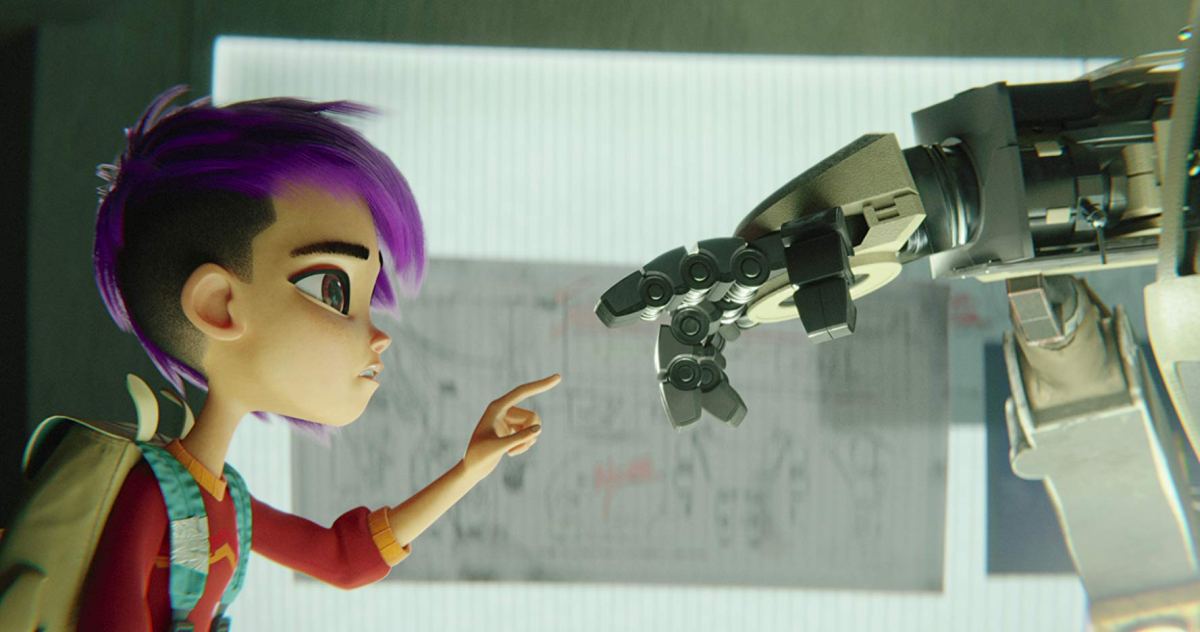 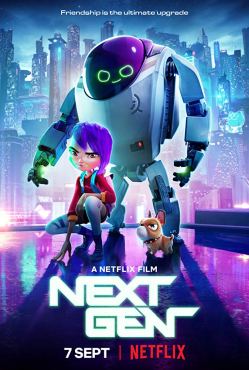 The animated feature Next Gen hits Netflix later this week. Set some time in the future, when robot assistants are common throughout society, the movie follows Mia (voiced by Charlene Yi) a young girl whose mother is obsessed by those automated helpers. During a product demonstration gone wrong, she gets seperated from her mom and encounters 7723 (voiced by John Krasinski), the next generation robot that’s still in prototype.

It’s very much a buddy comedy being sold on the poster, with Mia and 7723, as well as Mia’s little dog, standing on a platform and looking at the camera as if they’re ready for action. The neon-lit cityscape in back of them – as well as the fact that there’s a big robot right there – clearly communicate that the story is set some time in the future. Copy at the top tells us “Friendship is the ultimate upgrade.”

The trailer lays out a story that seems to be some mix of Wall-E and Big Hero Six. That’s not a knock on it since those are two good sources to pull from and they’re by no means wholly original in and of themselves. More than anything, it seems like a legitimate competitor to those and other similar movies, which is saying something about how the quality of Netflix’s original, kids-targeting features has improved.

There was a little bit of support given to the movie on the Netflix Family Facebook page, but that’s about it. Otherwise the company was busy selling other things, including continuing to draft off the popularity of To All The Boys I’ve Loved Before.

Netflix bought the movie during the Cannes Film Festival. That’s about it, though, as Krasinski, Yi and other members of the cast were busy promoting other projects.

As mentioned above, the movie hits a lot of familiar notes. The story is a common one, so that’s not surprising. But with quality animation and an all-star cast, the main message of the campaign is that Netflix seems to be signalling it will compete for kids attention not only with series but also features, looking to draw some attention away from other studios with original content. That’s going to be important as Disney ramps up its streaming service with lots of similar material.

Netflix released a video featurette with Krasinski talking about the characters and the story as well as what attracted him to the project.