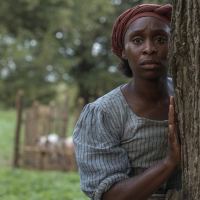 If the last week is any indication, MoviePass has, as a corporate entity, begun to enter what can best be described as complete organ failure.

The problems began when the app went down, before the weekend of August 27th, something it chalked up to a technical problem but which was reportedly caused by an acute lack of cash with which to keep its systems online. After that it announced many major releases would not be available through the service until two weeks after their release AND it was raising prices, meaning customers would be paying more for a less attractive service.

All that came after a company executive said they had a lot of surprises up their sleeve that would “disrupt” (everyone’s favorite completely meaningless buzzword) the industry on a number of fronts.

Then last Wednesday it issued a press release that was characterized as defensive, strangely out-of-touch and just plain strange. In the release, which Variety’s Brett Lang does a nice job of dismantling, the company essentially pleads to be taken seriously and calls recent events simply a “rough patch” it is working to get out of. The company followed up that move with the announcement it would be fundamentally changing its model, allowing no more than three movies a month, a far cry from the “one per day” promise it originally made.

What’s most striking about all this is how poorly the company and everyone involved with it seems to be at messaging. That tone-deaf “I’m not dead!” release was just the latest example of how it’s fumbled almost every attempt to communicate with its user base in an open and constructive manner.

Customers for a long while experienced problems including over-billing, mandatory app updates that broke compatibility with the mobile OS someone was using and more. Those complaints were often shared on Twitter when the person in question had hit their breaking point after repeated unsuccessful attempts to contact what seemed to be non-existent customer service and technical support.

In that time the response from MoviePass seemed to be non-existent.

Several months ago the company’s CEO reportedly made comments at an industry gathering about how the app was collecting troves of user data that it would be selling to advertisers as a way to generate additional income. This came right *after* the Facebook/Cambridge Analytica scandal, showing what could best be described as a willful disregard for customer privacy protection, or at least a lack of ability to read the room at the moment.

Then earlier this year it blacked out screenings of the Jennifer Lawrence spy drama Red Sparrow, apparently because the studio behind it wasn’t interested in buying ads on the platform. Around that same time it shut off the ability to choose many popular AMC Theaters locations as part of an ongoing spat with the chain.

All of that and more was done *without* communicating changes or updates to customers. The company was apparently confident enough in its own standing it felt people would stick around no matter how poorly they were treated.

While that might have been true for a while, it remains to be seen if that will continue now that MoviePass has done more than just tweak some terms of service but fundamentally alter the value proposition it offered.

Several months ago a report was published showing MoviePass was helping some smaller movies be seen by users because it lowered the fear of the movie being a bad choice and a waste of time. Since there was no incremental cost, the biggest concern was the wasting of a couple hours, but that’s a lower hurdle to clear than wasting a couple hours *and* $10.

Moving to a 3/month max model takes that out of the equation. People may not worry about the wasted $10, but they are going to still worry that they will burn one of their three “free” movies on something they don’t ultimately enjoy. That’s a big change.

Every week now seems to bring news MoviePass is hemorrhaging cash. The stock of its parent company has hit bottom so often it’s being used for fracking operations in southern Illinois. There’s a good chance it doesn’t survive the year, at least not without a large-scale change such as new ownership or an even further abandonment of what it initially offered customers.

One thought on “MoviePass Lost the PR Battle Long Ago”