Marketing technology firm Amobee counts the movies getting the most buzz during and after San Diego Comic-Con 2018. 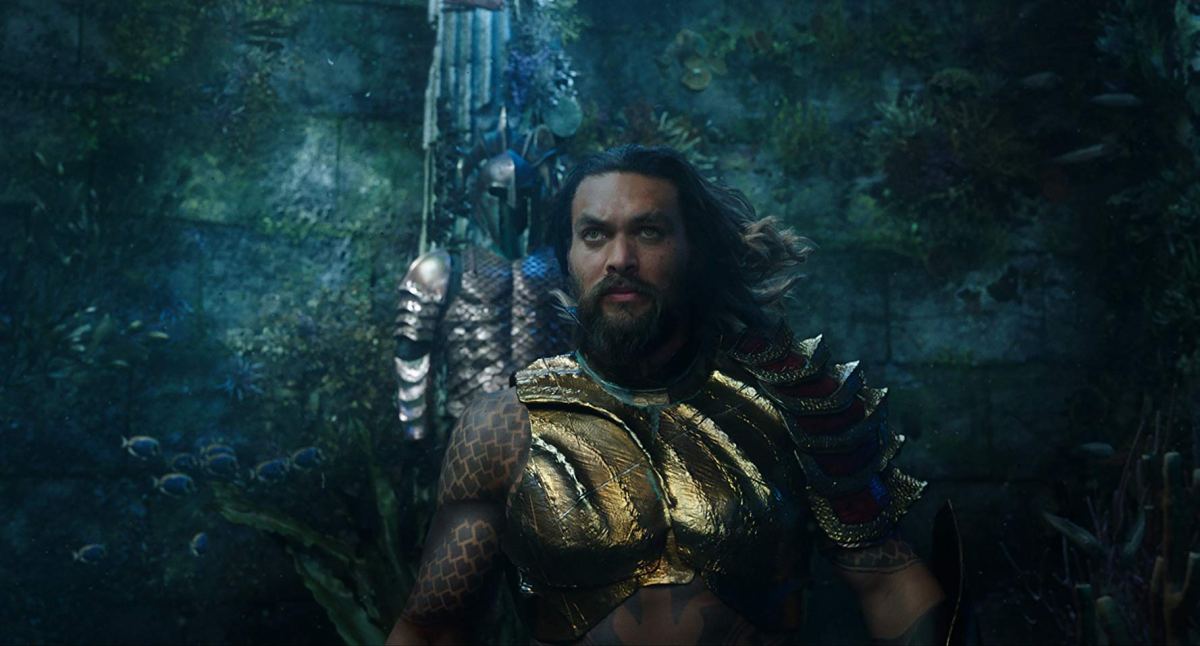 Aquaman’s the king of more than just the Seven Seas

With so much movie-related conversation coming out of San Diego Comic-Con it can be hard to tell which ones were really the most popular, both inside and outside the convention.

Now marketing technology company Amobee has released its own findings of the films that generated the most digital content engagement during Comic-Con:

DC Brings the Fun and Scores

It’s good news for Warner Bros. as Aquaman is the next film in what has to date been referred to as the DC Extended Universe, the first to hit theaters following the commercially- and critically-disappointing Justice League. The studios used SDCC to not only bring out Jason Momoa and others from the cast to but debut the long-awaited first trailer, showing the character’s breakout role in Justice League wasn’t a fluke.

Also screening at San Diego was the first trailer for Shazam! starring Zachary Levi as the World’s Mightiest Mortal, a boy imbued with magical powers by an ancient wizard. That trailer shows that instead of trying reimagine the character (who first went by Captain Marvel, a name that’s been abandoned by DC Comics in the last decade) in some grounded, gritty way the studio basically made Big but with super strength.

Wonder Woman 1984, the sequel to 2017’s smash hit with Gal Gadot and Chris Pine, didn’t have a trailer ready to show attendees but the cast, along with director Patty Jenkins, did bring a bit of footage to share. Ever since first look photos were shared recently by the cast confirming the time period, fans have wondered how Pine’s character Steve Trevor is still alive and why the filmmakers chose that time period. Some, but not all, those issues were addressed, leading to decent online chatter.

As Amobee’s Nick Lashinsky said, with Marvel on the sidelines, “the spotlight on DC Films was amplified.”

Warner Bros. Did Not Throw Away Its Shot

In addition to the three movies above, both Fantastic Beasts: Crimes of Grindelwald and Godzilla: King of the Monsters are Warner Bros. productions. That gives the studio five of the 10 slots on Amobee’s list, a domination it was able to achieve in part because Disney did not do any Hall H panels for any of its upcoming releases, including future Star Wars or Marvel movies.

There are reasons for that, including how far out Star Wars: Episode IX still is (December, 2019) and that the studio still hasn’t revealed the name of Avengers 4, which follows this year’s traumatizing Infinity War.

That gave WB an opportunity it seized to help its movies dominate the the headspace of fans both in San Diego and elsewhere. It released new trailers for both Fantastic Beasts 2 and Godzilla 2. For the latter it also kicked off an ARG campaign centered around Monarch Sciences, an organization that studies the “titans” that now roam the planet in the movie’s universe.

Not All Buzz is Positive

Because Marvel Studios was not officially promoting new or upcoming movies at SDCC, the appearance of Guardians of the Galaxy: Vol. 3 isn’t a good sign. Buzz around that movie centered on the sudden firing of director James Gunn after right-wing activists brought up decade-old Tweets, which Gunn has addressed and apologized for previously, before he was even hired for the first Guardians movie. That resulted in Gunn canceling a planned appearance at Sony’s panel, where he was expected to announce a new project.

While it’s not addressed specifically by Amobee, it’s reasonable to assume not all the chatter for Fantastic Beasts: Crimes of Grindelwald was positive either. While people loved how co-star Ezra Miller came out in full Toadette (from Super Mario) cosplay, the reaction was less enthusiastic when Johnny Depp appeared on stage. The actor didn’t participate in the cast Q&A session, instead simply delivering a brief monologue in character and then exiting the stage. Depp’s casting in the movie has been called into question by many given allegations of spousal abuse against ex-wife Amber Heard, who was on the same stage less than an hour later as part of the Aquaman presentation.

After Warner Bros. the studio with the second most films on the list is Blumhouse Productions, which emerged in the last few years with a series of low-budget horror releases that have energized genre fans. This year, the first one it’s made a big splash at Comic-Con, it was able to bring Jamie Lee Curtis and others out to promote Halloween, the sequel to the classic franchise and show attendees the first footage from the movie.

It also debuted the first trailer for Glass, the new movie from writer/director M. Night Shyamalan that’s both a sequel to 2016’s Split and 2000’s Unbreakable, which both apparently exist in the same universe. That was a big beat that got a lot of people’s attention.

Marvel Gets Help From Other Studios

It’s not that Marvel film properties weren’t at Comic-Con, it’s just that the promotions weren’t nearly as big as they usually are.

The one Marvel-related film on Amobee’s list is Venom, starring Tom Hardy. The movie was part of Sony’s panel since that studio controls the character, which is part of the Spider-Man IP it manages. The film, as was made clear at the panel, is *not* connected to the same cinematic universe as last year’s Spider-Man: Homecoming, which made the hero also part of the MCU owned by Disney. There wasn’t a new trailer to show off but fans were able to see some new footage and Sony bought promoted posts on Twitter in conjunction with the convention.

Meanwhile, Fox ran a Deadpool 2 panel to promote that movie’s home video release and engaged in stunts like branded toilet paper and an animatronic band. Those efforts helped lift buzz for the movie by 62% when compared to the period just before Comic-Con.

The biggest presence for Marvel Studios was a therapy booth outside the convention center where fans could share their grief and trauma following the events of Infinity War and then, on the way out, have their “#GroupHug” picture taken in a pair of giant Hulk hands.

All of that, according to Amobee, resulted in 58% of all Comic-Con-related digital content being about Marvel, exactly the same percentage it had in 2017 when the studio was promoting Captain Marvel, Ant-Man and The Wasp, Avengers: Infinity War, Black Panther. and Thor: Ragnarok.