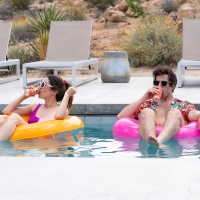 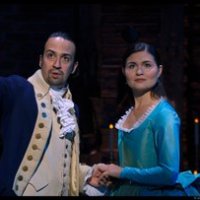 A quick look at some smaller movies I didn’t have time to devote more research and resources to.

Chloë Grace Moretz plays a woman who’s succeeding on personal and professional fronts until, as we see in the trailer, a mysterious illness causes all sorts of physical, emotional and mental issues that no one can identify the root of much less cure. As The Playlist points out, the adaptation of a true story premiered almost two years ago at the 2016 Tribeca Film Festival and sat on the shelf for a while. Notably, this is the second movie that Netflix is distributing on behalf of Broad Green Pictures, both of which have had lengthy filming-to-release lags.

Izzy explains, via narration, how she’s never been very good at romance as the trailer opens and we see her being a bit awkward in most public situations. When her famous sister Sabrina shows up it makes Izzy rethink what she wants to get out of life, which results in her breaking up with her boyfriend before she accompanies Sabrina back to L.A. Once there she embarks on a series of relationships and finds she’s not very natural in any of them. The bond with her sister, though, is what’s truly important. There was actually a decent push for what was actually a family production as Lea Thompson directed the script from daughter Madelyn Deutch, who also stars alongside her sister Zoey.

The friendship between Brandon and Daniel is established early on in the trailer, as is the fact that someone from the Army’s Criminal Investigation Division wants to talk with Brandon about something that happened while the two were stationed overseas.This looks like it might be a powerful story about the consequences of violence and the costs of keeping secrets. Ehrenreich and Sheridan are certainly having a moment as this trailer comes out, so their presence is certainly going to get some attention. It’s also great to see Aniston in a dramatic role again. Still, this feels like a movie we’ve seen before.

Izzy Gets The F**K Across Town (Limited release, Now)

Izzy wakes up in a strange bed after an apparent one-night-stand at the opening of the trailer. She’s the kind of person who doesn’t care what people think and is apparently on a mission to break up the engagement of an ex but car troubles and friends who think she’s making a mistake aren’t helping any. In fact she can’t get help from anyone but a random girl who has motives of her own in offering a lift across town. Davis looks great here as a woman who’s unapologetic in her own way but also needs the help of those around her to succeed in her selfish, misguided mission. It’s presented as a kinetic trip through the concrete landscape of L.A. and all the jerks and shady characters who live there.

The Domestics (On Demand, Now)

The survivors of some sort of nationwide plague have divided up into themed gangs depending on their personal inclinations and propensity toward violence. The trailer actually looks kind of intriguing while also seeming completely and utterly ridiculous.

Samuel Alabaster, we see in the first trailer, is on his way to propose marriage to his sweetheart Penelope, making the long and treacherous journey across the frontier of the 1870s to do so. The preacher traveling with him reminds Samuel it’s never too late to back out of the plan, but the man is determined. Once we meet Penelope, though, we see that Samuel may not have understood everything right as she shows no intention of marrying him and seems to want nothing to do with him. There’s a dark comic tone to the movie that comes through here, but the real highlight is Wasikowska, whose character insists that her feelings are valid no matter what Samuel might think and that she sent no signals indicating romantic inclinations. That’s a pretty timely story regarding consent, “the friend zone” and lots more conversations we’re having these days.