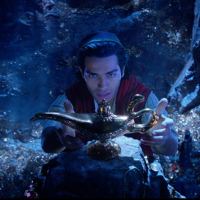 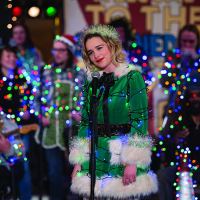 Another movie that aims to make gay coming of age stories more mainstream and normal, this one is about an awkward teenage guy that has a girlfriend but who finds he’s attracted to another guy. The trailer makes it look like a decent , if slight feature with a loose kind of vibe, but it also carries more than a few notes that make it seem like a Disney Channel original movie type take on the subject matter.

A guy and girl have been best friends for years but things are getting weird now that they’re in high school and getting holder. Things are ramped up when she develops a major crush on the off-limits older brother of her friend, but a school event with a kissing booth, based on the trailer, offers her a chance to seize an opportunity.

I know I didn’t give this movie a full campaign review, but that’s largely because it didn’t get a full campaign from Netflix. That’s too bad since it seems like the story’s origins on story-sharing website Wattpad seems like it would have been a decent hook for the press.

The New York Times goes into why the movie has turned out to be so popular, including how Netflix tried to not overhype it.

Netflix used Halloween to bring the movie back up by releasing a recut trailer making it seems like a horror flick.

Harper (Zoey Deutch) and Charlie (Glen Powell) are, as we see in the trailer, both assistants to a couple high-powered executives in the same New York firm. They decide the two bosses need to hook up so that they can get a moment to themselves but of course the fact that they spend all kinds of time together handling their scheme means they wind up kind of attracted to each other as well. As usual Deutch looks really good and it’s apparent she can handle any kind of material she’s given.

The writers and other filmmakers have been making the media rounds in the last week, resulting in stories like this feature and this profile of director Claire Scanlon. As I stated before, this level of earned media activity is unusual for Netflix except for prestige releases, a sign it’s both listening and responding to the buzz around this movie and trying to further own the mid-tier movie market.

Harper (Gillian Jacobs) is sent to Spain by her company to handle some meetings but the trailer shows things get complicated when her two party-centric fans tag along, encouraging her to throw her responsibilities to the wind in the name of having a good time. It looks a bit cliched, but it’s absolutely the kind of story that would have been a major studio release 10 years ago if it starred an all-male cast, so we’ll chalk this one up to inclusivity.

Bobby, as we see in the trailer, is being pushed by his parents to get out of the house during the summer and so, being bullied by a bunch of local tough guys, gets work helping a nearby retired Wall Street executive (Donald Sutherland) who helps him with some self-actualization and confidence. This is not to be confused with other “teen boy in rural setting during summer vacation” movies like the upcoming Hot Summer Nights, All Summers End and a few others.

I missed out on this one but the trailer looked interesting to me and I just couldn’t get around to writing about it. Catherine Keener stars in a true story as a woman who fights back against the combined government and business efforts to tear down her home and take her property for a corporate expansion. The case went all the way to the Supreme Court and Keener looks excellent, as always.

Another movie I just couldn’t get around to. That, and the trailer made it look about five years out of date despite the fantastic cast that’s been assembled. Reviews have been much kinder than I was expecting, but I can’t get over what someone pointed out recently, which is that Diane Keaton romancing Andy Garcia means Kay Corleone is making out with her nephew. Also, Keaton was aged up to play a character much older than Garcia’s despite the fact that she’s only 10 years older than him in real life. But hey, sexism.

Who We Are Now (Theaters now)

There’s a lot happening in the trailer for this family drama about a women trying to get her life together after spending a decade in prison. That includes fighting to get her daughter back. The quality cast is the biggest draw to what is otherwise familiar, if still important, material.

We meet Jennifer in the trailer as she bounces between her current life and her younger days as an aspiring riding champion. As an older woman she’s trying to piece together fragments of memories of her childhood that seem to be important and which seem to be focused around her time with Bill and Mrs. G. There are plenty of hints that the relationship there wasn’t entirely that of teacher/student, but nothing is laid out explicitly. Instead it’s all presented as a hurried rush of different elements that are all leading to something. At the end we see the older Jennifer warning the younger one that the consequences of what they’re finding out are more than she may be capable of understanding.

There’s a touching coming-of-age story that’s being sold in this trailer, one about daring to seize those moments where you can achieve greatness and take a great leap. It’s about danger, both in terms of physical activity and in putting your heart on the line and giving up to live in the moment on both counts.