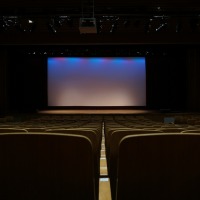 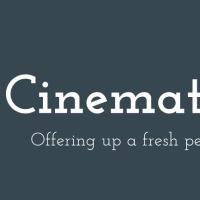 It was great news that Deadpool 2 opened to about $125 million at the domestic box office over this past weekend. That proves there’s an audience for R-rated stories like this that take a more original and innovative approach to comic book stories instead of always fitting them into the Marvel Studios mold.

The success of opening weekend (it will be interesting to see what its second frame is like with Solo: A Star Wars Story coming out this week) prompted director David Leitch to promise that the home video release will have a lot more insanity, including deleted scenes that have been rumored about for a while but which were apparently deemed too outrageous for theatrical distribution for one reason or another.

Roughly translated: Hahaha you people paying for opening weekend theatrical tickets because you didn’t even see the whole movie. Eat it, suckers.

If I’d paid for Deadpool 2 tickets I’d feel pretty burnt right now. What did I pay for? How was that experience worth the expense?

Now the release of cut material and bonus features is commonplace when it comes to home video. It has been for decades. Studios love it because it encourages people to pay that much more for a slightly different version of the same product. You’ve already paid $30 (assuming you went with someone else, loser) for tickets to see it in theaters, then they want you to pay another $20 to own it by dangling the promise of additional material. The margins for the studios are lower on the former than they are the latter, of course.

It’s a wonder the theater companies haven’t pushed back on this harder. As they scream about how Netflix and MoviePass are degrading the movie experience, the studios themselves are out there actively sending the message that anyone going to the theater is getting a substandard experience.

Again, for the cheap seats: The studios are actively telling you to skip the theater because you’ll be able to get more of the movie on home video and save money while doing so because you can get the disk delivered via Amazon and make a frozen pizza instead of burning gas and being tempted to buy a $6 pretzel, after which you still own the movie and can watch it again anytime you want.

This is a point that’s often overlooked when discussing the future of media, particularly how it relates to the flurry with which media companies are launching their own streaming services or making deals with existing streaming players. As the industry worries that Disney is going to start holding back high-profile titles from theaters for its own platform it blows right by how studios are already incentivized to push a non-theatrical experience on audiences.

Again, this isn’t new. It seems clear, though, that as the movie industry wrings its hands over how much power Netflix and Amazon have and make plans to merge or consolidate to gain leverage over future disruption, they are in some regard the architects of their own downfall, chipping away at the very foundational behavior necessary to keep the house standing.

This seems akin to the paralysis that often besets tech customers who hesitate to buy the latest phone/computer/boombox today because that $600 they just spent could seem silly when a new model comes out in four months. What happened here is even worse, though, because they didn’t even wait the four months. Instead, the filmmakers just called everyone a rube who really should have known better than to walk into this neighborhood all dressed up like that, signaling they were an easy mark. That doesn’t seem like a great way to build up a loyal audience or reinforce desired behavior at a time when the industry needs them most.

One thought on “Duping the Moviegoing Public”