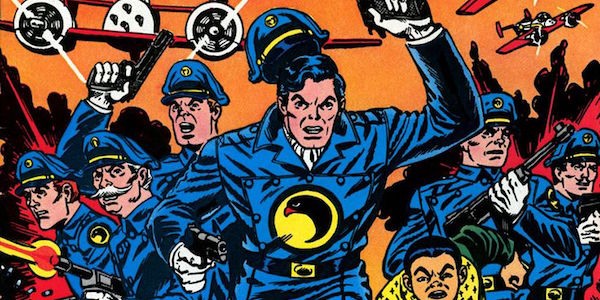 There was a really weird media narrative that cropped up just prior to the release of Ready Player One that focused on the career of director Steven Spielberg. That trend, exemplified by but not limited to this Indiewire story, started worrying that the director *really* needed a box-office hit.

Even as stories like that acknowledged he has a track record over 40+ years of filmmaking that’s unparalleled (he recently became the first director to cross the $10b global revenue mark) there was a distinct wringing of hands over whether or not anyone would keep letting him make movies if he didn’t release something popular. While it’s true that his films of the last 10 years haven’t always been high-grossing, they continue to do well and are usually critically-acclaimed and receive awards nominations.

These stories all seem to come from a belief that anyone in Hollywood would say “…nah” to Steven Spielberg, a position I find hard to fathom.

The would-be career counselors are back at it following the news Spielberg would produce – and likely direct – a movie based on DC Comics’ “Blackhawks” series and characters. A new round of headlines have asked variations on “Why Does Steven Spielberg Need a DC Comics Movie?” as if this is some sort of desperate move to save a fading career. At least some of them have the good sense to point out that if you stripped away the DC brand name the story of an elite group of WWII pilots and operatives *does* kind of sound right up the director’s alley.

Even putting that aside, who really thinks Spielberg is suddenly panicking about the future of his career? He’s 71 years old and has directed not only an astonishing 32 films over the course of his career but legit half of those are bonafide cinematic classics, easily making the Top 10 films of the year they were released in. Most of the remaining films are still going to be better than just about anything else you could choose to watch. There aren’t more than three complete stinkers on the list.

When you’re batting .900, you usually don’t have to worry about where your next paycheck is coming from. There are only two people who are going to take you out of the lineup: Yourself and Death.

It’s true that Spielberg has kind of dismissed the super hero film category in the past, but taking on this project isn’t necessarily hypocritical of him. Again, the subject matter of “Blackhawks” is certainly of a kind he’s tackled previously. Outside of that, people change and make decisions they might not have five years ago because an opportunity was presented that made them reconsider their previous stance. It happens.

Not only that, but what if he saw the idea of working with someone else’s characters and in a field he hadn’t yet explored as an interesting challenge? He also has a remake of West Side Story in the works when directing a musical is something he’s never done before, so maybe he’s of a mind to push himself into some new areas and stretch his muscles a bit. After four decades of filmmaking and with who knows how many years ahead of him if he wants to do something a little unexpected I think he’s earned that right.

Spielberg is going to be just fine, thank you very much. He doesn’t have to prove anything to anyone. And he certainly doesn’t need to worry about getting his next project made.

One thought on “Why Is Everyone Suddenly Concerned About Steven Spielberg?”