When Even Aquaman Shouting “My man!” Can’t Save a Movie

Justice League should have been a slam-dunk. Just days before it was released projections had it earning somewhere around $110 million in its opening weekend. That would have been decent, more than Wonder Woman but less than both Batman v Superman: Dawn of Justice and Suicide Squad. Not great, but clearing the $100 million mark domestically is always important from an optics point of view, particularly when the production budget was reportedly somewhere around $300 million. As it stands now it is, instead, the worst-performing entry in the DC Cinematic Universe, or whatever we’re calling it.

So what happened? How do you fail to capitalize on the promise of assembling some of the best-known superheroes in popular culture into a single film? We know this works because The Avengers did it just five years ago. Turns out there are a variety of factors that lead to Justice League underperforming, and that’s without even counting

Whatever Happened To The Man of Tomorrow?

Batman v Superman was supposed to begin the march toward a full-fledged team film by bringing Superman (Henry Cavill), who we already met in 2013’s Man of Steel, into contact with Batman (Ben Affleck), making his debut in the role. And both of them were going to meet Wonder Woman (Gal Gadot), also in her first outing. Hence the “Dawn of Justice” subtitle. But if you saw BvS you know that Superman’s status is, like any given Chicago Bears quarterback, unavailable.

The hero was kept out of almost the entire marketing campaign save for, notably one trailer just weeks before release where he seems to be appearing only as a figment of Lois Lane’s (Amy Adams) imagination. But you can’t do Justice League without Superman and everyone knew it. He still showed up on consumer product packaging and in a couple early promotional images. So everyone knew he would show up, no matter what the campaign was trying to tell us. Not only does it seem like a misstep to keep your heaviest hitter benched, but until the final trailer his absence wasn’t even noted by the other characters or offered as a motivation.

Marvel Studios has taken pains to make sure everyone knows its various TV and streaming shows do take place in the same world of The Avengers, even if references are only oblique and we’re reminded that no, Luke Cage will not be appearing in Infinity War because…reasons. Still, it’s a cohesive universe that became more so in the last year as Sony agreed to allow Spider-Man to appear in Captain America: Civil War, a cameo that paid off with this past summer’s Spider-Man: Homecoming, which co-starred Robert Downey Jr. as Tony Stark/Iron Man.

Contrast that to the fragmented approach of DC Entertainment (Disclosure: For four years I worked with DC in my role at a PR agency), where the plethora of TV shows are not only disconnected from the movies but largely from each other. So Ezra Miller plays The Flash in Justice League but Grant Gustin has been playing him on TV for three years now. Until last year, “Supergirl” was almost wholly separate from other DC shows until it moved from CBS to The CW, home of “Arrow” and others. “Gotham” is still doing its own thing. And DC/Warner Bros. recently announced it would create a new label for movies based on DC characters that weren’t connected to the Justice League world of characters. Not only does having multiple actors play the same character in different media cause confusion, the difference in tone from to the other is a bit jarring.

A League of One

The success, both critical and popular, of Wonder Woman just a few months ago should have opened the door for Justice League even further. Everyone loved Gadot’s enthusiastic portrayal that showed how love and the desire to protect is just as, if not more, powerful than motivations rooted in revenge and pain.

It turns out that *is* what people wanted and they weren’t so interested in gritty, CGI-rendered battle sequences against hordes of winged invaders with vague motives. In fact if you look back at Wonder Woman reactions, the final battle against Horned Bad Dude V7.3 is often called out as the weakest part of the film. It was never going to be possible to pivot Justice League entirely to account for what the audience loved about Wonder Woman, but there also wasn’t much of a change in the marketing for the team film to put her in more of a prominent role.

Back in the day, the period between mid-October and Christmas was largely one for “serious” films vying for awards nominations. All the blockbusters were finishing up their last runs to make way for character-driven dramas and biopics until a few family-friendly films were released in time for Christmas vacation to start. Now, though, the blockbuster season runs all year, or at least March through December.

That means Justice League was facing some pretty stiff box-office competition. Thor: Ragnarok is still going strong and came in third over the weekend, even though it’s dropped by 53% and 61% respectively in the weeks since it came out. The family drama Wonder came in second with a strong $27 million, showing that well-reviewed counter-programming against big-budget superhero action can still work when done well. The problem is, there was really no way for DC/WB to avoid Disney entirely. If it had pushed Justice League any further it would have opened against Disney/Pixar’s Coco this week or started to get too close to Star Wars: The Last Jedi.

[Retailers: Creator and Artwork In Solicitations May Change]

Early on in the Justice League production – and publicity – process, director Zack Snyder and others talked about how it was going to be shot as one massive production but split into two films, one released now and the other six months or so into 2018. That was eventually discarded. 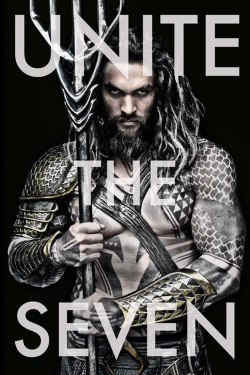 Also early on, a poster showing Jason Momoa as Aquaman was released with the copy “Unite the Seven.” It was widely believed that was a reference to seven heroes coming together. The Justice League campaign only showed five heroes, not including Superman, and this was retconned to refer to the “seven seas” but that’s not how it was initially received.

Snyder, because of a family tragedy, had to bow out of post-production and reshoots and so Warner Bros. brought on Joss Whedon to both write new sequences and film additional footage.

Affleck’s future as Batman changes weekly. At one point he was both writing and directing a solo film that was supposed to come out before Justice League but was pushed to later. Now he’s doing neither and may not even play the character again.

In short, there’s been a lot of uncertainty around the movie that has been very public and which can’t help but have shaded the public’s pre-release opinion of it. Not even the withholding of the movie’s Rotten Tomatoes score until the day before release (a hugely controversial tactic) could change that.

So where does DC/WB go from here? Here’s what’s already in the works: 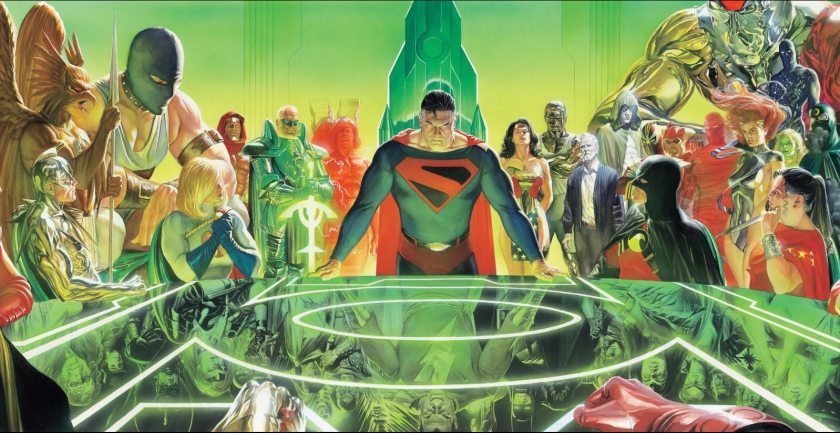 What we’re seeing are the issues that come up when a studio sets so many films so far in advance before seeing if that’s what the audience is actually interested in. We’re also seeing that play out at Universal, where a planned “Dark Universe” series of films was planned to follow The Mummy but that movie’s poor showing may have scuttled that series before it really began.

Not all of the projects above will come to fruition and some will change drastically before hitting theaters. As I mentioned, part of the problem with Justice League is that people reacted much differently to Wonder Woman’s tone than they did Batman v Superman or Suicide Squad. To date, Zack Snyder has played a large role in defining the tone and approach of the movies, but I’d be surprised if that didn’t change after Aquaman as it becomes clear that vision doesn’t translate to guaranteed box-office success and often leads to a critical drubbing.

One thought on “What Happened to Justice League?”