We live in…interesting…times. Today’s political climate in Washington, D.C. has invited more than a few comparisons to the era of the Nixon presidency, including the love of secrets (along with the racism and xenophobia, but let’s focus on secrets). That makes it an intriguing time to release Mark Felt: The Man Who Brought Down the White House.

In the movie, Liam Neeson plays Mark Felt, at the time of Nixon’s administration a high-ranking FBI agent. As the investigation into the 1972 Watergate break-in that captured the public’s attention, thanks largely to the reporting of Washington Post reporters Carl Bernstein and Bob Woodward, begins to involve the White House more and more, pressure from the president and his aides to shut down that investigation mounts. They want it gone but Felt, the career man who believes in the power of the agency and the check it provides on power, refuses to comply. Facing obstacles, he becomes an anonymous source for Bernstein, helping to guide the reporting. Basically, if Felt can’t get justice one way, he’ll do what he needs to to get it another way. This “Deep Throat” was born, a secret that would be kept for over 30 years.

There’s no additional copy or story insights on the poster, which just shows Neeson as Felt looking very serious and somber. The clunky subtitle was apparently deemed enough explanation to convey to the audience.

The first trailer opens with the same scene that was used in an earlier clip, with Felt making it clear to a group of White House advisors that he knows all their and other people’s secrets. He’s a career FBI official, so he’s the first one called when a group of people break into the Watergate Hotel. There’s a group of people who want that investigation stopped dead, though, but he’s determined to see it through, steadfast in his belief that the FBI is the ultimate power in government. White House pressure increases but so do Felt’s efforts to get the truth out, even if it’s through unofficial channels. That leads to the last scene in the trailer, showing Felt meeting with a certain Washington Post reporter and being informed his status as an anonymous source has earned him a particular nickname.

It’s a powerful and intense trailer that sells the movie as a political thriller more than anything. What can’t be missed, of course, are the parallels between the events depicted here and the headlines we’re all seeing on a daily basis about independent councils and investigators that the current White House occupant would like to see disappear or discredited. It’s great to see Neeson back in a drama like this as well.

The trailer greets you when you open the movie’s official website, which you should watch again because it’s pretty good. At the top of the page are buttons to watch it again or get tickets along with links to the movie’s Facebook, Twitter and Instagram profiles.

There’s a menu on the left but you can navigate to all the content by simply scrolling down the page as well. “About” is the first section, which includes a Synopsis and a Director’s Statement from Peter Landesman where he explains how he got involved and what resonated with him most about the story.

The “Cast” and “Filmmakers” sections offer not just the usual lists but more biographical details about each individual when you click on their names.

“The History” is a great section that offers some backgrounds and details on the real life people whose stories are being told in the film, including Felt, those at the Post and others involved. You can scroll through the “Gallery” of over 20 stills and production photos.

Finally, the “Links” section has links to the IMDb pages of the main cast members and “Reviews” has a few pull quotes from positive write-ups of the movie.

Nothing here that I’ve seen, not even paid ads on Twitter.

A screening at the Toronto Film Festival generated overall positive buzz and word-of-mouth for the movie, with lots of people praising the story and Neeson’s performance in particular. While there Neeson talked about how he was kind of done with the action movie phase of his career, due largely to him getting a bit older.

A bit later the director, Peter Landesman, spoke about how he didn’t know who Mark Felt was or what he’d accomplished until he started working on this project.

Neeson made some TV appearances as well to talk about playing a historical figure who loomed so large, though almost completely unknown, in U.S. political history.

In subsequent interviews, Landesman would continue talking about how he was intrigued by the real story of Felt and why he took the actions he did. He also, of course, had to address how the story is still extraordinarily relevant today, especially given the current administration’s reputation for dirty dealings. Tony Goldwyn and Josh Lucas also spoke about their reasons for joining the movie as well as the relevancy the story still has today.

It’s natural that the publicity portion of the campaign would so often reference the shenanigans happening in Washington today. It may have forced Landesman and Neeson into some uncomfortably political conversations, but a story about the media taking down a President when the Feds won’t has too many parallels to our current world to ignore. Still, the director, in particular, tried to keep the focus on how this was more about the story you don’t know about the man many of us didn’t know of until 12 years ago but who changed the face of the politics nonetheless.

The rest of the marketing is a bit dry and stuffy, clearly selling the movie as a prestige release coming out in the early weeks of awards season. Neeson’s performance, of course, is at the core of the campaign, but it’s surprising that the studio couldn’t create a more compelling, relevant narrative for audiences to latch on to. I’m not suggesting it should have been misrepresented as a white-knuckle thriller, just that there could have been some stronger messaging offered. The lack of tagline or anything on the poster is particularly notable here.

One thought on “Mark Felt: The Man Who Brought Down the White House – Marketing Recap” 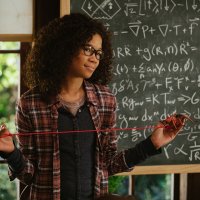