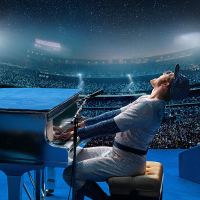 Earlier this year the internet celebrated the 20th anniversary of the series debut of “Buffy, the Vampire Slayer.” The show, created by Joss Whedon, broke quite a bit of new ground for mainstream television. It reversed the usual horror dynamic by positioning the young female character not as monster fodder but as the one who would take the fight to the monsters. The show was also a giant metaphor, using actual demons as stand-ins for the emotional and social demons afflicting all teenagers, particularly teenage girls, in their high school years. The anniversary of the show, which introduced many a genre fan to Whedon and created a legion of loyalists, really culminated in an Entertainment Weekly cover story reuniting most of the show’s main cast.

As any fan will tell you (usually preceded by an “Actually…”), the two-part series premiere of “Welcome to the Hellmouth” and “The Harvest” wasn’t the culture’s introduction to Buffy Summers and her role as the key to surviving the vampire assault. No, that came five years earlier with the feature film Buffy, The Vampire Slayer, which hit theaters 25 years ago today.

In this initial incarnation, Kristy Swanson takes on the role of Buffy, a free-spirited high school student in Los Angeles. She’s one of the most popular girls in the school, with her world revolving around friends, boys, and shopping. One day a man named Merrick (Donald Sutherland) approaches her and informs her she is the Slayer, the one chosen to kill vampires and other monsters, and he’s there to teach her. After her initial reluctance, she eventually agrees to accept the responsibilities thrust upon her. That brings her into conflict with Lothos (Rutger Hauer), the reigning vampire in the area. With Merrick’s help and training, Buffy eventually saves the day.

(Sidenote: The events of the movie don’t *quite* mesh with the series’ continuity. You can make them work if you squint a bit, but as Whedon has expressed his displeasure with the finished film, putting too much effort into it isn’t a great idea. Basically, the premise is similar but the execution is a bit different. Let’s move on.)

So how did 20th Century Fox work to sell this unusual and unexpected story and character to the public in 1992?

The theatrical poster does what it can to sell the disconnect between the two parts of the title, the character’s name and her job description. Swanson’s face isn’t shown (it’s not even clear if this is her) as we just see a girl from the waist down as she stands in a cheerleader outfit on what we can assume is a football field. In one hand is a pom pom, in the other a giant wooden stake. That shows the two roles the character has to play, one the innocent cheerleader, one the hunter of vampires. The title is shown in bright pink to accentuate the feminine focus, with copy below it that reads “She knows a sucker when she sees one.”

That copy is a bit clunky, meant of course to allude to the vampires she’ll be slaying. But it also sounds like she could be a con artist or something, always on the lookout for her next mark. There’s also, of course, a sexual allusion being made that’s a bit creepy considering it’s being used to sell a movie about a high school girl. The character is obviously being sexualized, though, with the photo showing her bare midriff and legs. Yes, that’s not an uncommon cheerleader outfit, but the marketing obviously didn’t make any effort to not take the easiest possible path, even at the risk of leering more than a bit.

When it came time to actually show the movie, the studio chose to immediately show in the trailer where Buffy is before she embraces her destiny. She’s shopping, she’s hanging out with her friends, she’s rebuffing the flirting of Pike (Luke Perry), a bad boy-type she can’t be bothered with at first. Interestingly – likely because this was coming out at the height of the popularity of “Beverly Hills 90210” on which he starred – Perry provides the narration and introduction to the story. He’s the one who explains Buffy is more than she might seem and that things are getting weird in their town. We see her meet Merrick and question his sanity and eventually start to fight the vampires, not only Lothos but his right-hand vamp Amilyn (Paul Reubens). She’s constantly bouncing between her duties as the Slayer with her desire to lead a normal life, a focus the movie shares with the TV show it would spawn.

Is this the best presentation of the movie? It’s hard to figure out what would be. Certainly, it presents something that’s far more broadly funny than the show would be, playing up the one-liners and physical gags. We see Buffy’s overall arc, albeit somewhat disjointedly, from Valley Girl to Slayer and get shots from some of the bigger fights, showing her kicking vampire butt and saving Pike and others on a few occasions. In that respect it works.

What seems ham handed 25 years later is the attempt to focus on Luke Perry. Yes, he was the heartthrob on “90210” but he was not a leading man and his presence here comes off as more caricature than anything else. His position as the narrator in the trailer and continued presence throughout the action takes the focus off of Swanson’s Buffy, which runs counter to what the character was and would continue to be about. Sure, she’s shown as the one who saves the day, but the trailer seems to want us to view the story through Pike’s eyes, not Buffy’s.

That may betray the lack of confidence Fox had in the concept at the time. When you put it together with the usage of midriff on the poster, you come away with an effort that isn’t sure audiences will come see a strong female action lead – something that was pretty unusual at the time – but which might come for the brooding hunk from TV and plenty of shots of girls in cheerleader uniforms.